Health and dental opt-out changes may put cold, hard cash out of reach

The Ryerson Students’ Union has arranged to have students’ health and dental refunds sent to their RAMSS student fee accounts — and the money may stay there until the winter term.

In past years, students would pick up a physical cheque. (Angelyn Francis / Ryersonian Staff)

Dawn Murray, the RSU’s health and dental administrator, said the RSU has been trying to arrange a refund system through the university for more than 10 years. Previously, students would pick up a physical cheque. “We’re trying to make it easier for students to access their money,” she said.

Last year, the RSU tried to implement a direct deposit system through outsourcing company Morneau Shepell, but there were issues if banking information was inputted incorrectly. In end, the refund came nearly a month late.

“This time last year was a nightmare,” said Murray. “You name it, it went wrong, so this year we streamlined it.”

With this new system, however, it may be troublesome for students to access the cash right away.

Charmaine Hack, Ryerson’s registrar, said in an email that students will have a credit balance on their account if they have no outstanding charges. Otherwise, the refund will go towards outstanding balances or winter tuition.

Winter fees aren’t officially due in full until Jan. 15, 2016, but unless students have paid their fees in full at the beginning of fall, they won’t have the chance to receive a cash refund back in their pockets. The money will simply be subtracted off whatever amount they owe.

Some students are concerned and confused by the new process.

“I know some students who count on that money to help pay rent after they drain their savings paying tuition,” said Bianca Marryshow, a third-year student.

Kamal Budwal, a fourth-year finance student, said she was disappointed by the new system. “I would usually just cash the cheque,” she said.

Kevin Bollers, a fourth-year electrical engineering student, filled out the opt-out form twice because he didn’t want to take any chances given all the changes. He said he thinks applying for a credit back on RAMSS is “just an extra step.”

According to Murray, the RSU was one of the few university student unions that still handed out the refund as a cheque. Student unions like the York Federation of Students and the Carleton University Students’ Association also apply the refund to students’ fee account. Murray said from what she sees, students seem happy with the new system. 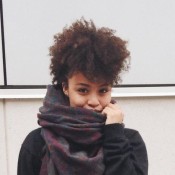