BREAKING NEWS
Top five COVID-19 safe Halloween activities for students
U SPORTS cancels winter national championships, all games until March 2021
Ryerson’s Jack Layton Chair hosts livestream of educators and musicians during COVID-19
Is your cough COVID, a cold or the flu? How to tell the...
Ryerson to launch a virtual pop-up gallery to raise awareness about sexual violence
BasketballSports 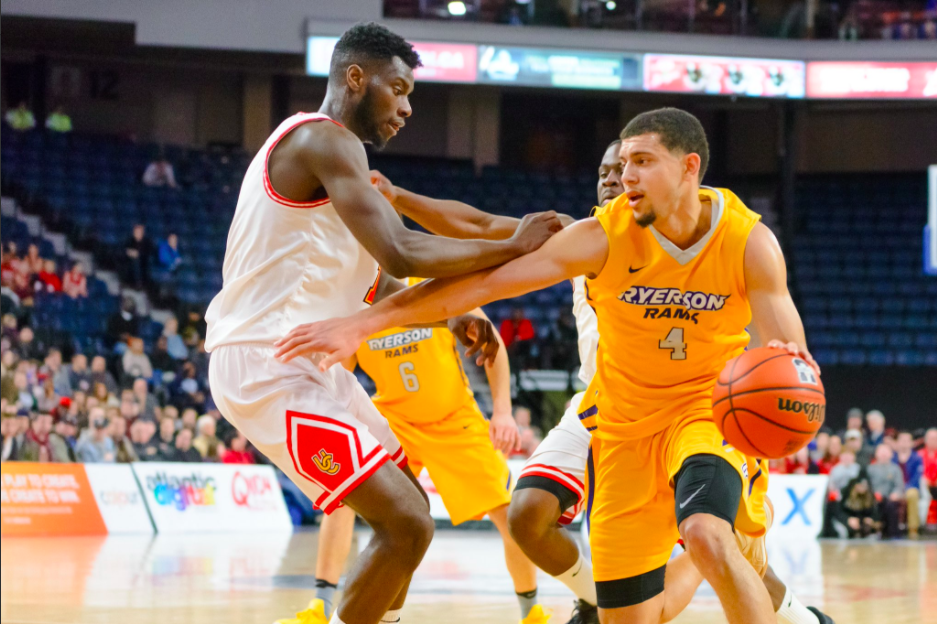 The Ryerson men’s basketball team’s season ended in heartbreak Sunday, when they lost to the Calgary Dinos 77-79 in the dying seconds of the national championship final match.

The Rams had proved themselves against naysayers who had counted them out all season, culminating in their upset victory against the then-undefeated Carleton Ravens in Saturday’s semifinal game. The Ravens came into the tournament having won the national championship seven straight years.

Despite beating the incumbent champions, the Rams had stiff competition against the 29-5 Dinos. The game was close, but Calgary for the most part held the lead. Not even a monster 28-point performance from star guard Manny Diressa could push the Rams over the top.

The game was tied at 77 in the final seconds of the match, and a play from Dinos guard Mambi Diawara put them ahead of the Rams.

A second-place finish was still an amazing conclusion to a season where there were doubts about the Rams even making the playoffs.