BREAKING NEWS
The one where we say goodbye
Trading airports for AirPods
Centre Scope — S1 E10 — A Year of Persistence and Resistance
Lessons from 10 years of undergrad
Toronto kitchen provides fresh meals for homeless in the city
Community NewsElectionsNewsOff CampusPoliticsPolitics & SecuritySecurityTop storiesU.S. Election

While there was heightened security in Washington during U.S. President Joe Biden’s inauguration, Toronto police were prepared for any incidents in the city.

There have not been any imminent threats to public safety in Toronto but recent events at the U.S. Capitol raised concerns of violence and security risks. Toronto police said they were aware of these risks and planned accordingly.

“Officers are placed all around the city today, roaming on bikes, horses or vehicles,” said Toronto police.

There was also heightened police presence around any potential gatherings just to ensure the safety of the public and anyone involved.

Although the exact placement of officers around the city could not be disclosed due to security concerns, the media relations officer said public safety is top priority.

The Parliamentary Protective Service in Ottawa told CityNews they were monitoring all threats on Parliament Hill. They said they adjusted security accordingly and were “ready to respond to any eventuality.”

The RCMP was also working with local police units in case any possible security concern were to arise.

The security increase came after the U.S. Capitol riot at the beginning of month. On the day of the incident, there were small groups that formed outside the U.S Consulate in downtown Toronto in support of former President Donald Trump. 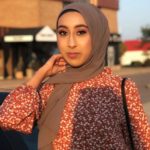