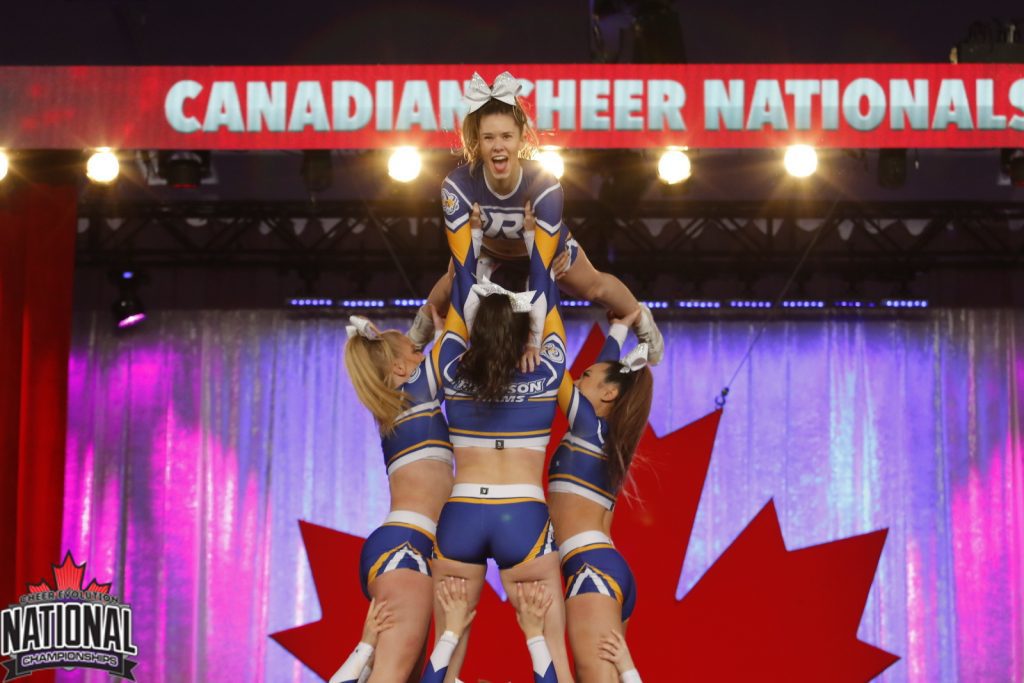 The buzzing crowd of bowtied teens and their parents settles down after the background music hushes.

“Up next, the Ryerson Rams,” shouts the MC.

The squad of 19 cheerleaders run onto the mat, smiling and waving, and form into their starting position. “R-U-READY?” they cheer.

The question seems geared more towards themselves. Earlier that day, they learned one of their teammates had a medical emergency and was unable to attend Cheer Evolution’s national competition in Niagara Falls. In competitive cheerleading, the absence of one person can throw off an entire set; the symmetry of the choreography gets thrown off, and stunt pairings have to be adjusted. The coaches made their last-minute changes on the drive that morning to the Scotiabank Convention Centre in Niagara Falls.

After a pause, loud EDM music cues, pounding at least 160 beats per minute. All together, the cheerleaders jump and flip their way around the stage as a singular unit. After some opening movements, they form two circles and each group of cheerleaders hoists one person above their heads. Without missing a beat, the elevated performers launch forward into a front pike and are caught mid-air, all done with beaming smiles.

If you thought cheerleading was just pompoms and catchphrases, think again.

This year’s Ryerson Rams competitive cheer team competes at Level 6, the highest skill rank in North America. The requirements to meet Level 6 are steep: you must perform the most technically demanding gymnastic stunts. Additionally, competitive cheerleading doubles as a group dance routine, with a synchronized choreography of movements interspersed with the stunts.

The Rams compete at an elite level. But their status at Ryerson still remains as a competitive club team, meaning they are primarily self-funded. While the teams that play in high-profile varsity sports like hockey or basketball get their own buses and facilities, the cheerleaders carpooled to Niagara Falls. Though Ryerson Athletics provided them with mats in the Kerr Hall gym, they must pay out of pocket to practise in a proper gymnastics centre once per week in Mississauga. “Tumbling has always been a weakness for our team,” said head coach Maureen Cardenas. To practise tumbling, the team needs a sprung floor or a tumbling mat. As a result, the cheerleaders can only practise their full set just before competitions, as not everyone can make it to Mississauga on time.

The NFL’s Baltimore Colts hired the first-ever cheerleading professional team in 1954, bringing the popularity of cheerleading to new heights. As a means to boost fan spirit and titillate the target male audience, more NFL franchises created cheerleading squads throughout the ‘50s and ‘60s, with universities, high schools, and even middle schools following suit. But what emerged in the sidelines of sports would soon become a sport unto itself.

Over the years as the sport grew, routines became increasingly elaborate and complex. Elements of gymnastics were introduced in the late ‘70s and, by the ‘80s, cheerleading organizations were holding independent competitions that were wholly separate from football or other sports.

But it wasn’t until 2016 that the International Olympic Committee (IOC) officially deemed cheerleading a sport by giving it a provisional status. This means that within the next decade, it could very well become an olympic event, akin to artistic gymnastics or synchronized swimming.

Yet the public perception of cheerleading continues to reflect an image of high school movies — peppy girls with pompoms cheering at the sidelines for the football team.

“There’s this idea that cheerleaders are ditzy and vain,” said Cardenas. “People don’t recognize cheerleading as a sport or even as challenging because they don’t take the athletes themselves seriously.”

Competitive cheerleading routines are a two-minute barrage of synchronized jumps, kicks, and flips that move at blazing speeds. The end product is a tightly choreographed performance made possible with top-notch athleticism and months of practice. The 20-odd cheerleaders must work together as one gymnastic unit, weaving around one another as they dance and flip their way to their next positions. Each member has a critical role to play, whether that be tumbling, tossing or twirling in air. A single misstep from one member can lead to a missed stunt — or worse — a fall. And with complex cues and fast-paced music, one slip can throw an entire team off-course.

Though other schools like U of T and Western have had varsity cheerleading teams in the past, Ryerson Athletics lacks the funding for another varsity team. Furthermore, other club sports are also vying for funding. The struggle for cash is just part of the nature of being a newer, more niche sport.

In spite of these troubles, the Rams manage to press on. The money is tight, but the bond they create is special. “You have to work together for the team to achieve a common goal,” said Cardenas. “You’re dedicating hours and hours to perfect something with other people.”

When you’re being tossed 10 or more feet into the air, you have to trust the people below you.

“This sport builds friendships that will last a lifetime,” says third-year flyer Ovauna Horan-Beaudette. And competing in nationals is the culmination of their entire year of work. “It’s a weekend that we all get to be together. And not only compete, but hang out and celebrate the year of work we have had.”

Because the Rams were the only collegiate team competing at Level 6, they were going to win their national division no matter what. But the real goal for the Rams at Cheer Evolution is to “hit zero,” or receive no deductions on their routine. Scores are dependent on the difficulty of their routine and their execution, and any mistake on a stunt or move would subtract from that score.

“Remember, you have to do it not only for your teammates and your coaches, but for yourselves,” said assistant coach John-Mark Nicomendez – or J.M. – to his team before they got onstage. The first performance of their routine had hit zero, but their second performance was weighted more heavily.

Once again, they are called onstage, and once again, they had a great performance. The movements were tight, and even though one player fell while tumbling, it was only after she finished her move, and was caused by her injury. The second performance hit zero.

“I’m so proud of all of you,” said Cardenas to her team, tears welling up. “We had our ups and downs, but we came so far from the beginning of the year.” After posing with their trophy, they cheered again. For themselves. 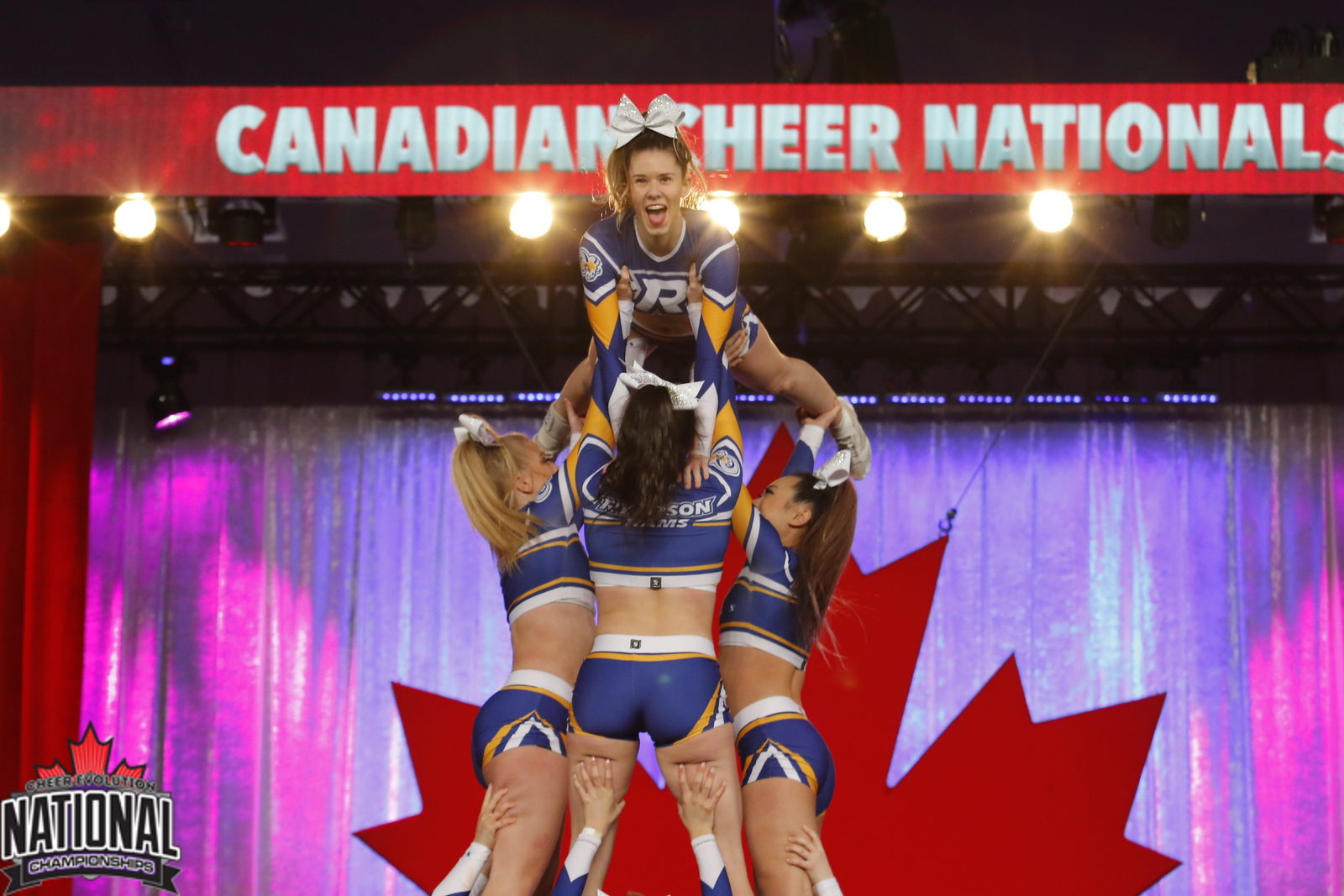 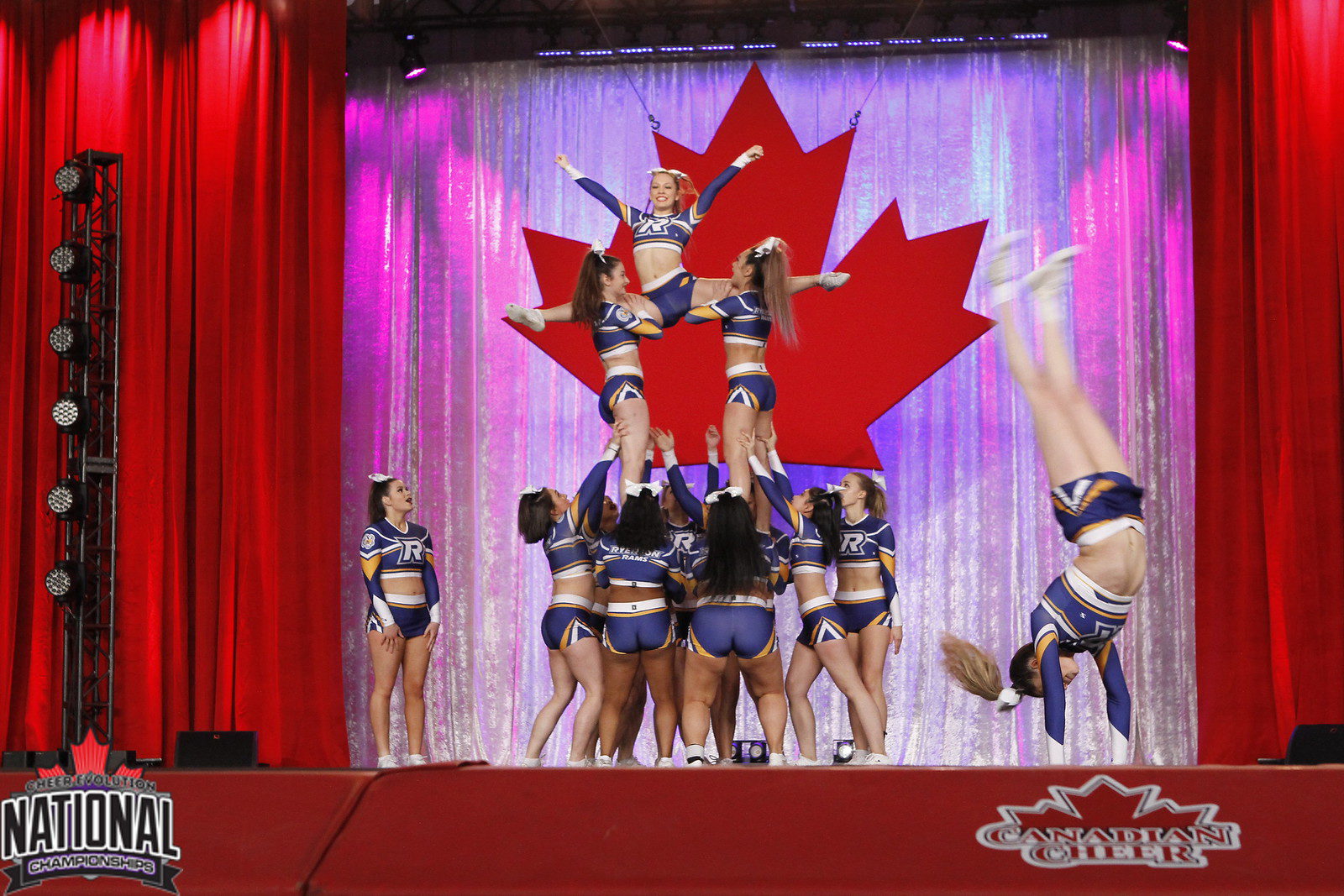 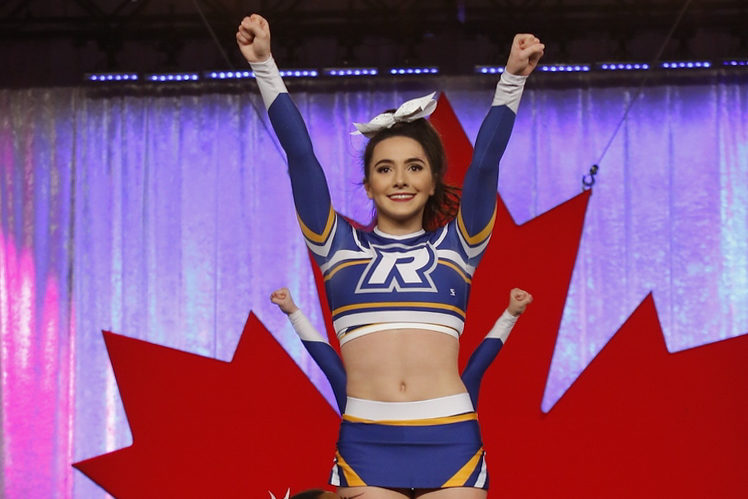 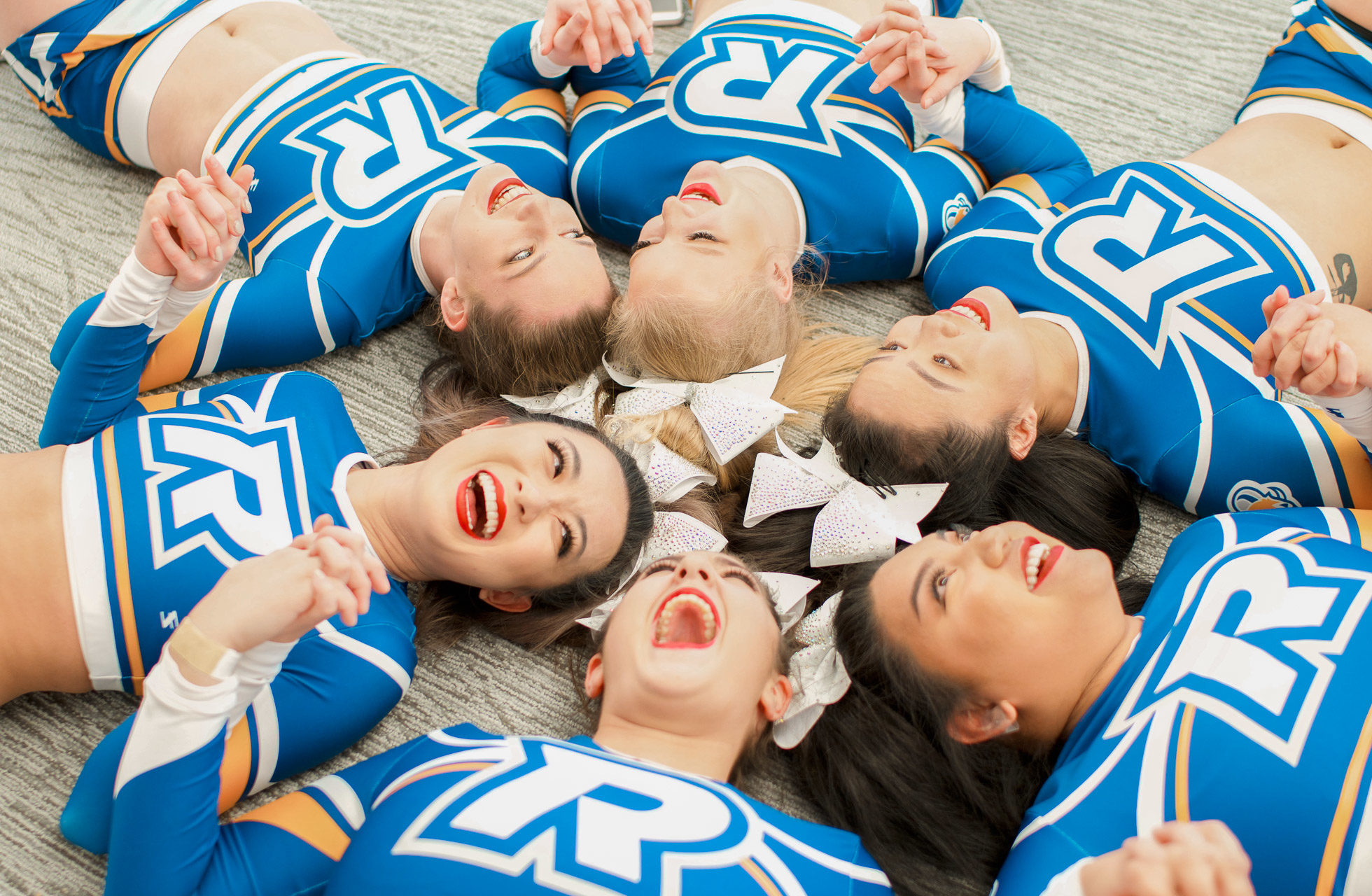 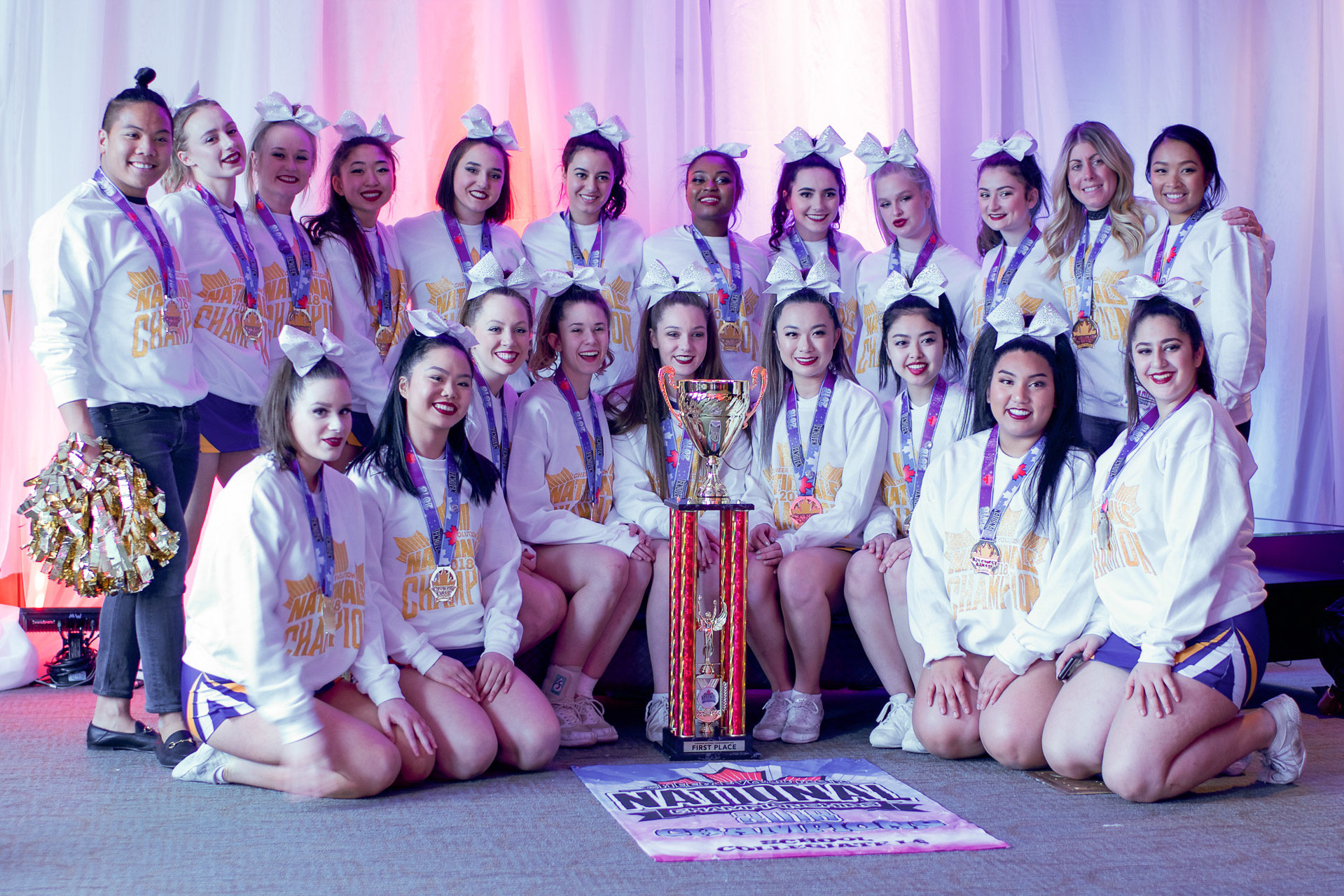 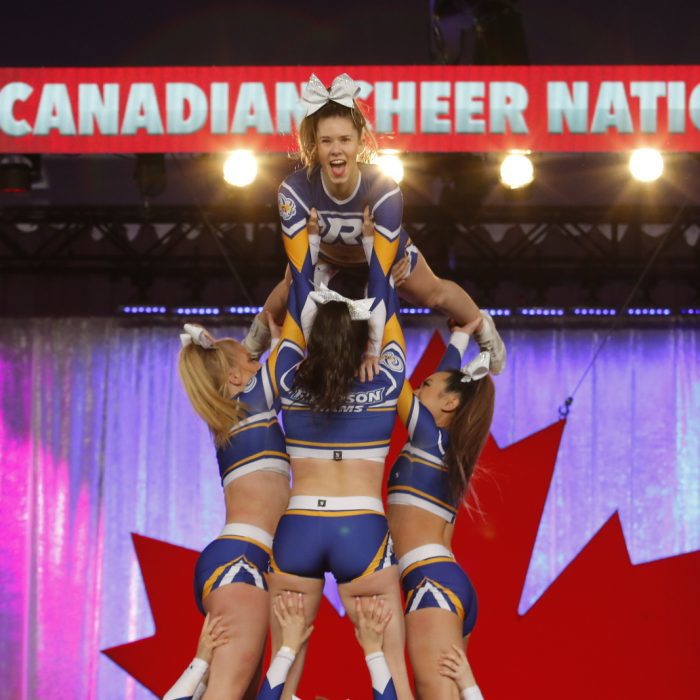 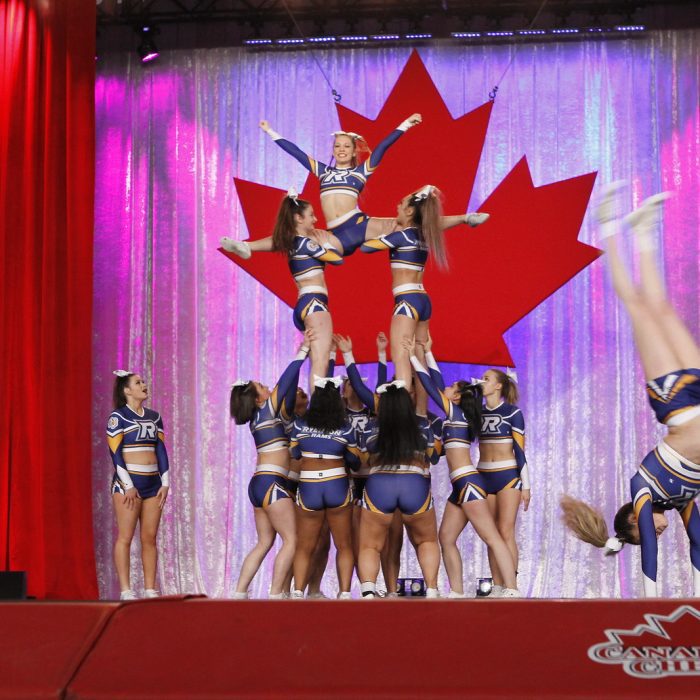 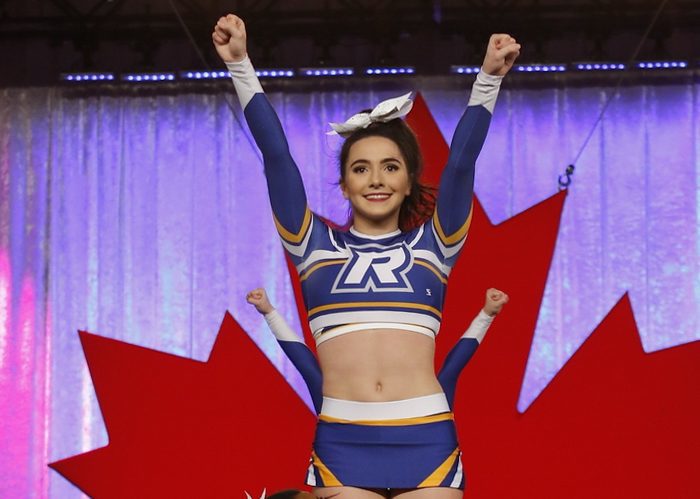 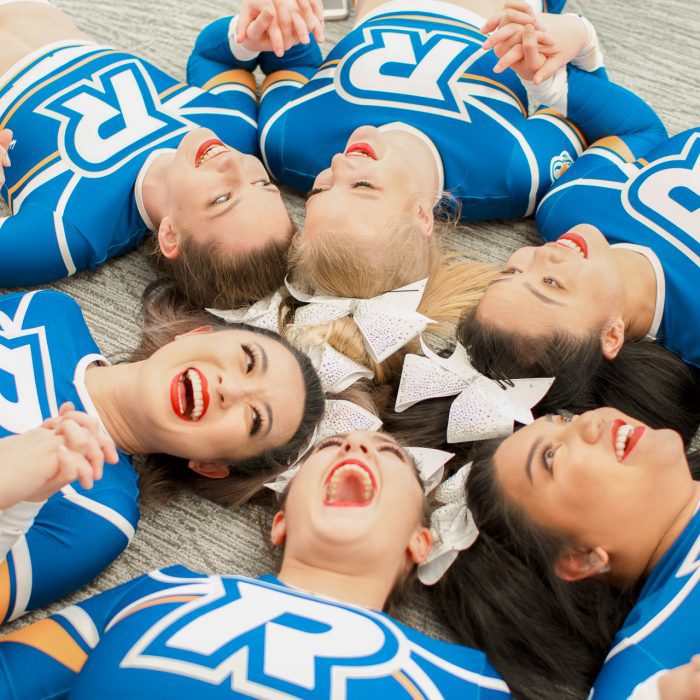 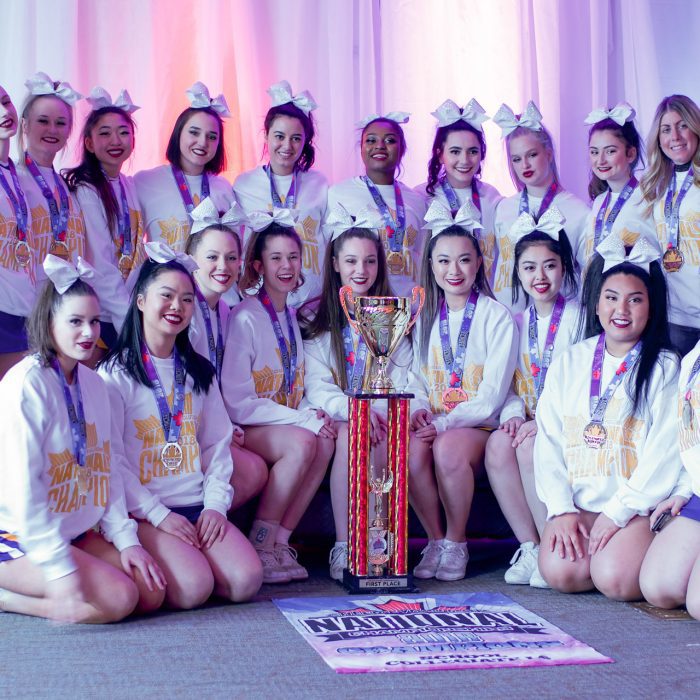 No phones, no problem