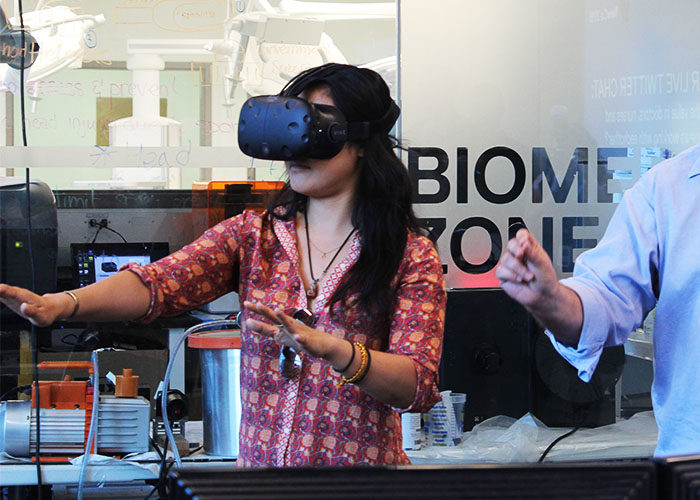 Attendees at the Biomedical Zone got to try a virtual surgery simulator. (Robyn Fiorda)

The Biomedical Zone is a health tech incubator that works closely with St. Michael’s Hospital and Ryerson University to develop healthcare startup companies.

The space is no stranger to startup business culture, making it a perfect setting for NewCo to host its entrepreneurship festival.

NewCo aims to connect new entrepreneurs with established startup companies by hosting NewCo festivals in cities across the world. Contrary to traditional theatre-style business conventions, at NewCo festivals companies can open their doors to attendees, inviting them into their offices to get a first-hand look at how they run their businesses.

“The NewCo endeavour is a great platform to create some connectivity … We’re really pleased to be a part of it,” said Dr. Linda Maxwell, founder and managing director of the Biomedical Zone.

NewCo chair Brett Marchand is CEO of Vision 7 International, a multi-million dollar marketing communications company. He expressed his interest in hosting a NewCo event in Toronto, adding it to the list of 16 global cities that also host NewCo events.

According to Marchand, a partner company should be very purpose-based, with objectives aimed at making a difference in the world that reach beyond simply turning a profit. Technology usually plays an important role in a NewCo-partnered company and innovation must be locally based. Marchand said Toronto had a lot to offer.

NewCo had been hosted in over 16 different cities before Marchand reached out to founder John Batelle and told him his vision for an event in Toronto.

“I would call both the Biomedical Zone a ‘NewCo,’ and I would call some of the companies that are incubating and accelerating a NewCo,” said Marchand. “This is the stuff that’s going to change the world.”

Google, Facebook and Etsy were among the 40 companies that opened their doors to the public for NewCo’s first Canadian festival. Over 30 venture capitalists from the United States attended.

Inside the Biomedical Zone, companies showcased their products through live demos.

One of the popular demos came from Virtual SurgerySIM, a company that uses virtual reality to mimic an operating room setting and patients, giving surgeons an opportunity to practise procedures virtually, before performing one on a live patient. CEO Ben Sainsbury said his company aims to drastically reduce the 440,000 deaths caused by surgical error in North America each year.

Sainsbury recently moved into the Biomedical Zone to collaborate with a surgeon from St. Michael’s Hospital toward expanding the number of procedures the software can simulate.

At the same time, physicians from St. Michaels wanted to create their own tech-enabled solutions in workflow, care delivery and efficiency. The two parties collaborate over a series of months on the projects.

“It doesn’t exist anywhere else,” said Maxwell. “We basically dreamt it up and made it happen.” 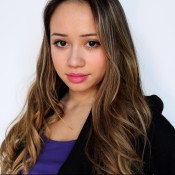 Petition gets action after students booted from class