How can the RSU be improved?

The situation at the Ryerson Students’ Union (RSU) has always been a little dicey. But while the problems at the union — from potential shell companies to allegations of financial mismanagement to complaints over workplace culture — tend to make headlines, Ryerson is far from the only university with a perilous student union. While its scandals have made the RSU infamous, the union is also filled with hard-working people who want to work in the best interest of students.

Before Ryerson terminated its operating agreement with the RSU, the Ryersonian spoke to current and former student politicians about what needs to change in the RSU.

Kwaku Agyemang, former RSU vice-president education who resigned in January: The RSU needs more generational partnerships in the form of adult support or mentors. “I don’t mean to say that students don’t have the capacity to run the organization, (but) it’s definitely a big deal when you’re responsible for a lot of budgets and a lot of decisions and it’s easy to get carried away with power.”

Victoria Anderson-Gardner, former vice-president marketing who resigned in December: The RSU’s policies need to be updated. There was someone working on that this year, but their contract wasn’t renewed. “I feel like the organization would be better run with tighter policies and bylaws.” The RSU also needs an HR person independent of the president and executive team. This is currently the subject of a Ministry of Labour investigation regarding how workplace complaints are handled.

Hollie Olenik, Faculty of Communication and Design director: The RSU needs to operate less like a corporation and more like a union. “It helps us to be more actively political. I would love to see us speak out about political issues, not just (those) that are affecting us here, but stuff that’s going on nationally, that’s going on internationally, taking more of a harder stance on important issues. Really doing the absolute most to show the most marginalized students that we’re there for them.”

David Jardine, various positions on the computer science course union and Ryerson Science Society, and former communications lead for the RSU’s equity service centres: The RSU could be increasing voter turnout. They should have a non-partisan election team that goes to all first- and second-year classes to talk to students about the election. “But it’s not like, ‘Oh, here’s who’s running, here’s what my campaign points are.’ It could just be someone going to the class being like, ‘Hey, the RSU elections is happening, the RSU runs these services and telling students about all the parts of campus life that their vote could affect.”

Adam Asmar, former Faculty of Arts director who has run for RSU vice-president operations and president, and is currently a RyeACCESS co-lead: RSU staff, especially in the equity service centres, need to be held accountable, asked questions about their work and have regular performance reviews. Whereas in other jobs performance reviews are typical, “Here it’s like, ‘Thank God, you’re doing something good enough.’ And then, we’re left alone,” Asmar says. “I’m lucky that we have integrity, and we can be left alone. But you’re not going to have that all the time. And even if you do, we should be checked on.”

Joshua Bowman, president of the University of Toronto Students’ Union (UTSU): The RSU should follow the UTSU in getting rid of slates in elections. Students need to be motivated to run as independent candidates, because slates can “lead to a few individuals on the executive team sort of calling all the shots and then other people just sort of rolling with the punches.” The UTSU also tries to focus on oversight — its general manager has non-profit expertise, executives submit reports about their work and there are weekly community office hours. 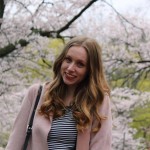