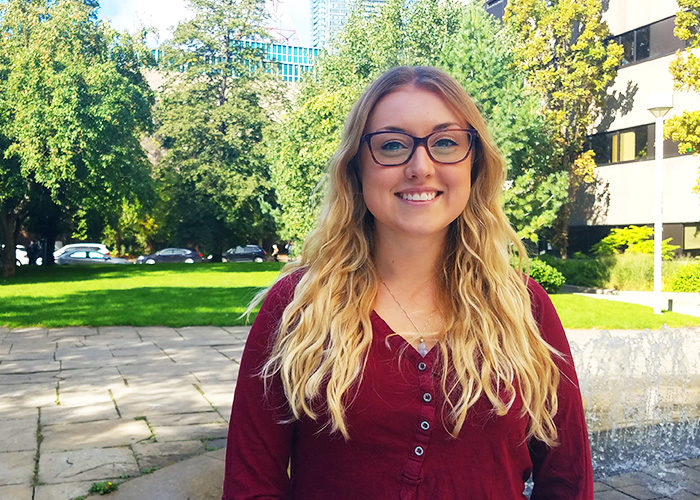 The Ryersonian‘s Brittany Spencer reflects on the moment she met her biological father, and the relationship that followed. (Kevin John Siazon)

For most people, turning 18 means a year of “firsts.”

These “firsts” might be starting university, or moving away from home or maybe beginning that first real relationship.

For me, the year I turned 18 was the year that I had one of my most significant “firsts” — it was the year I met my biological father and found my own modern family.

My dad was never kept secret from me, but he was always a topic of mystery while I was growing up.

He and my mom split up when I was a baby. After a year or two of missed visits, arguments and failed attempts to share time with me, he went his way and we went ours. They agreed that my dad wouldn’t be a part of my life until I was 18 and could make that decision for myself.

Growing up, my mom was always more than willing to answer my questions about him. But the answers she gave only seemed to spark my curiosity more than satisfy it.

Although I never had a relationship with my dad, I still maintained very normal relationships with my paternal grandparents, aunts and uncles. But his family was always very reserved when it came to discussing him, careful not to say too much.

I remember searching my grandparents’ home as a child, looking at every picture frame and scouring the pages of the family photo albums in search of his photograph. But in spite of that eagerness to know him, I was always scared of the thought of meeting him face to face.

What would he be like? Would he share my sense of humour? Would he think I was smart? What if, after all these years, he hadn’t thought about me at all?

Then, only a month after my 18th birthday, my aunt — his sister — told me that my dad was having another baby.

It may sound incredibly clichéd, but that moment felt like a sign. I was finally old enough to make the decision to meet my dad and now I had an entirely new reason to bring him back into my life.

It took some time, but that news gave me the push I needed to make the leap.

My grandparents arranged for us to meet during a family party, where I would be surrounded by support. As my mom and I walked up the winding driveway, my hands fidgeted and my stomach was in knots as I stared firmly at my feet. When I finally had the courage to look up, I saw a tiny figure teetering toward us across the lawn.

There he was, my baby brother, and following closely behind him was my father.

We approached each other and exchanged the exact same smile.

It was a nervous, yet sincere smile that could barely conceal the anticipation we both felt leading up to this moment.

He, my mom, stepmom and I formed a circle around my brother as he cooed and gurgled on the grass. My stepmom placed my brother in my arms as my dad asked me about my upcoming start at Queen’s University. I knew right away, as I held my new baby brother and gave my dad an awkward first hug, that I wanted this first to be the first of many.

And thankfully, it was.

It didn’t happen overnight, but that was the day that our relationship started to grow, planted with firsts.

There was the first time we spent an afternoon alone together, peppered with awkward pauses in conversation as we tried to navigate a new and completely foreign father-daughter dynamic.

The first time he introduced me to friends as “[his] daughter, Brittany,” was a moment that was probably more jarring for them than it was for us.

The first time he let me get behind the wheel of his car and taught me to drive standard with unfathomable (and very unwarranted) confidence that I had the hand-eye co-ordination to manage getting us out of the driveway (I didn’t).

The first time we said “I love you,” we felt a rush of simultaneous excitement and relief by saying the one thing we both always wanted to.

Most people have a childhood to establish “firsts” with their fathers.

I came to know my dad as an adult and consider myself incredibly lucky that I could. Each one of these moments, which may have by any other circumstance gone unnoticed or never happened, are unbelievably significant “firsts” in my life.

People ask me all the time whether I feel like I missed out on having my biological father around as I grew up. Others can’t understand why I don’t harbour resentment that he wasn’t there. These questions are completely warranted and I know that for many people who live with an absent parent, resentment is a very real and often definitive part of that relationship.

In just six short years, my dad went from being a complete stranger to one of my strongest supports. We’ve managed to build a father-daughter relationship that we would never have been capable of having if things had been any other way.

And in doing so, we have built something unique that is entirely our own.

He opened his home to me and he’s brought incredible young siblings into my life, who have given me a second shot at being a big sister in a way that most people don’t get to experience.

I now have a stepmom, who is more aptly described as one of my best friends.

I never grew up missing my dad, because I didn’t know what I was missing. Now that I do, I can’t imagine my life any differently.

For 18 years I knew him as my father, and today I’m incredibly happy to know him as my dad. 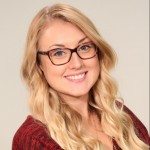