What I think when I think about running

As I peered down at my feet, a sudden wave of panic came over me.

I sat, lacing up a pair of runners I bought the summer before. They were shiny and stiff, indicating how my previous aspirations had fallen short.

For some reason, my lack of conditioning escaped me at the moment, I agreed to go for an “easy five kilometre run” with a friend of mine, a former track star.

Your legs will give out. You’ll be panting, sweating and moving slower than a turtle, the shoes seemed to say, mocking me.

They weren’t far off.

One of my bucket list goals has always been to run the Scotiabank Toronto half marathon. My latest marathon attempt, however, had been four seasons of Arrested Development on Netflix — and I finished pretty fast. The summer had been spent seeing how long I could stay in bed without feeling like a complete sloth and lamenting over another season of unemployment (ah, journalism). Exercise was definitely the prescribed cure, but something I’ve never been particularly good at, or good at keeping up with in the past.

I figured I was determined this time around. Determined to prove to myself that I could be a runner. Anyone can do it, right?

I also figured it was time to join all the runners I saw speckled around the city. My daily commute always seemed to be met with some sort of running pack, or a couple of seniors running faster than I thought possible.  It was silly and superficial, but I wanted to fit in.

Mostly, I wanted the sense of camaraderie all runners seem to share. My sister, a marathon runner herself, used to tell me that it’s runner’s code to wave at every other runner you pass along your route, like boaters on a lake. So I grabbed my friend and out we went.

As expected, it wasn’t fabulous. A few other runners zipped by as we circled Trinity Bellwoods park, while I, moving at more of a speed-walk pace, couldn’t quiet my heavy breathing.  Everyone looked much more toned and fit, and I started feeling self-conscious as I realized this was taking so much out of me.

After walking the final stretch back, I felt the need to apologize to my friend, who smiled and insisted that it would get easier. It was hard to believe, though. The next morning, everything was sore. My shoulders ached. My legs throbbed. My back was incredibly stiff, and I had made the first amateur mistake:  forgetting to stretch.

No matter, I told myself I would go out for a run every day regardless of how I felt, knowing I needed to develop the discipline. So I did, and for the first couple weeks, nothing really changed. I kept running the same route, and perhaps my body plateaued. It felt like a chore.

Yes, I contemplated quitting. But I was too determined to concede.

By the end of the month, things finally started to change. Soon, five kilometres seemed too short a distance to warrant a run, I found it difficult to take rest days, and I started classifying everything I ate in terms of performance “fuel.”

I was becoming one of those people.

I’m a Nutella on everything, waffle Wednesdays, deep-fried-is-better kind of person. Old habits die hard, but soon kale, chia and flax started making regular appearances on my plate. The biggest dietary change? Drinking more water instead of four cups of coffee a day. My former self would call that sacrilegious.

Yes, runner’s high exists, and I’ve woken up at sunrise, sprinted through rainstorms, and braved 40 degree weather to get it. It’s not always easy to attain. There are still days when short runs feel like dragging dead weight, but I’ve learned that, like most things in life, you just need to bear through the mundane to get to the good stuff.

Sometimes I ask myself why I continue to run. The question usually pops into my head during the initial warm-up — the hardest part, in my opinion — when your body transitions from being sedentary into motion. But somewhere between mile seven and eight, everything starts making sense. For a while, my legs no longer feel separate from the ground below, and there’s this beautiful, mysterious feeling of not being able to figure out where everything around you ends and you begin.

That’s the most rewarding aspect for me. For a few hours each week, the world seems to slow down perfectly. There’s nothing to attend to: no Twitter feed to update, no email to answer, nothing to stress over. It’s great being away from it all. Save the minimal sleep I get already, runs are a time to myself, and they’re worth every step. 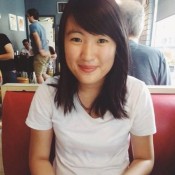