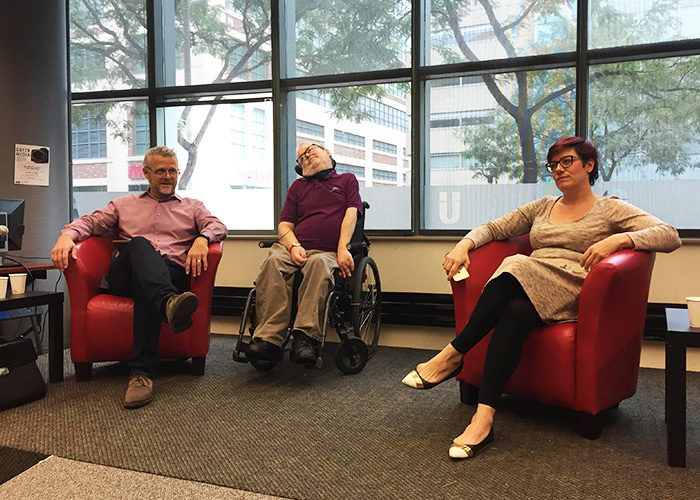 Journalists are still grappling with how to strike a balance between using inclusive pronouns and making sure readers understand them, according to Canadian Press editor Stephen Meurice.

A panel on language representation in media was held by the Ryerson Journalism Research Centre at the Rogers Communications Centre on Friday, Sept. 30. Among the panelists were freelance journalist and queer media studies instructor Andrea Houston, journalism instructor Stephen Trumper and Meurice.

The panel’s discussion was particularly relevant given the recent controversy surrounding a YouTube lecture by University of Toronto psychology professor Jordan Peterson, in which he refuses to accept the use of genderless pronouns, such as “they/them,” to describe individuals. Part one of the the three-part series criticizes the inclusion of gender identity and expression as protected grounds in the federal government’s Bill C-16 and the Ontario Human Rights Code.

Houston said that it’s not a journalist’s job to debate someone’s identity, but to represent them with honesty and compassion. Citing the university professor’s claim as an example, she said she sees it as a mask for transphobia.

“It’s dehumanizing and it’s so behind the times and where we want to go, as journalists, as humans. It’s regressive,” Houston said.

Despite its use in newsrooms across the country, Meurice said that the Canadian Press has yet to input a specific section into the Canadian Press Stylebook on pronouns used to describe individuals who are queer, non-binary or gender non-conforming. Many newsrooms follow the rules outlined in the stylebook.

“We don’t have clarity on this yet,” Meurice said. “It’s a discussion that we’re going to have.”

Meurice said the Canadian Press is considering whether readers and clients in non-metropolitan areas will understand the use of singular “they” pronouns.

“We do have to think about the small clients in areas that are more conservative, they just wouldn’t understand,” he said. “And it’s not necessarily that they would object to it if they did understand, it’s just they would say, ‘Why are they referring to this single person as ‘they’ all the time?’”

However, Houston suggested individual news organizations have incorporated the use of singular “they” into their style guides without hassle, such as the Washington Post.

“[They] is already something we use, so using them in terms of our journalism just makes sense,” Houston said.

As language evolves and changes, Houston said that it’s necessary for young journalists to learn appropriate terms for when they report in the future.

She added, “It’s better we have these debates in journalism school and develop style guides rather than denying somebody’s identity when time comes to write a story.” 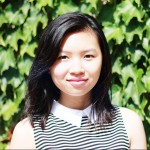