How to get rich at unpaid internships

Internships vary, but the first rule of any internship — and especially of unpaid internships — is always the same: don’t end up making coffee.

Interns know it; we want to show our supervisors what we’re capable of, so we work like dogs in the hope they’ll throw us a bone once our six weeks are up. Managers know it; here are all these fresh, eager faces and there’s real work to be done. Businesses really know it; make an intern do anything that doesn’t look like training and the lawyers and unions will be at your back like Rob Ford on a blown-up media scandal. 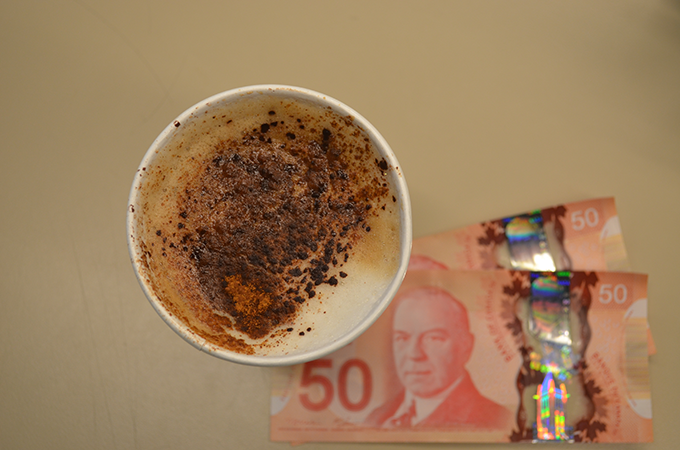 Maybe it sounds like I’m dramatizing. Anyone can make a cup of coffee. It’s not like you need a master’s degree in journalism or anything. But trust me: my coffee is special. And by the time I left CBC Radio, everyone in the current affairs offices on the third floor would know it.

Stop rolling your eyes. I’m actually not that egoistic. And, to be fair, they started it. It all began when a fellow coffee geek and producer on the show Spark asked me what I had in my travel mug one morning. (It smells really good the day after a fresh roast.) So I made him a cup. And then I made his friend Tim, a longtime CBC-er, another.

It was then only a matter of time before the Quirks and Quarks guys caught on. Quirks producer Jim Handman — the very man who had interviewed me for this position some weeks prior — was among the first to line up at my desk for a shot. Then I was making coffee for Jeff Douglas, co-host of the CBC’s current affairs show As It Happens. Before long, I was making coffee for everyone.

My first obstacle on the road to java domination was Spark host Nora Young. “I don’t drink coffee anymore,” she told me. Like hell you don’t, Nora. Her conversion started with a half-cup, unasked for and left on her desk. Not long after, the storied Canadian broadcaster was lining up with the rest of them for afternoon iced lattes. Although she confessed to me, as she dropped a toonie into my collection tin, that she still felt a little guilty asking her intern for coffee, in the end she couldn’t resist.

Anyone can make a cup of coffee. It’s not like you need a master’s degree in journalism or anything.

And who could? I take coffee pretty seriously (can you tell?) and that’s why every cup I served that summer was made to the best of my ability, brewed on demand with a little syringe-shaped device called an Aeropress. I consume all my beans within a week of roasting them in my $400 home-roasting oven, and I made no exceptions for the fine journalists at CBC Radio One. I even started bringing my portable coffee grinder into the office so every shot I made could be as fresh as humanly possible. Really, it’s no wonder they started paying for it. I wasn’t just providing these people with a convenience; I was providing them with quality. Delicious, caffeinated quality.

I never actually asked anyone for money. I wasn’t sure about the legalities of running a covert café out of a third-floor kitchenette in an office building. And let’s face it: I’m an intern. I’m used to working for free. But I did put up a little tip box, almost as a joke. It had a little white sign with the word “TIPS” in all-caps and a smiley face in red. I’d turn my iPad to CBC Radio 2, and as people walked by I’d call out, “Support young journalists!” After the first lunch hour I counted the coins: $20.37. Not great, but more money than I’d made all month at the CBC.

My appeals on behalf of youth journalism got me a lot of chuckles — and more than a few patronizing smiles. My favourite reaction came from a nameless As It Happens reporter one quiet afternoon. “Support young journalists?” He laughed, cruelly. “Why would we do that?” he asked — before dropping some pocket change into my tin and taking his Americano.

So I made coffee, sometimes every day. Believe it or not, I didn’t shirk any of my responsibilities as an intern. Ask my supervisor. All my coffee sales were during breaks, and only after I’d completed any tasks I had been working on. And it’s not like I wasn’t being worked hard enough. I earned those producer credits on the radio.

And even though it may not sound like it, I learned a lot this summer at the CBC. I learned how to make friends and network with colleagues. I learned how to build cheer and foster office morale. I got to hear a lot of scandalous stories about famous Canadian media personalities. And I learned what kinds of skills my prospective employers were really willing to pay for.

So here’s my proposal, CBC: Hire me. I know you’re struggling with budget cuts, oppressive bureaucracy and a Canadian public that isn’t really as interested in the great work you do as they should be. I know you can’t afford to hire journalists — let alone pay your interns. But if you’re ever in the market for the best barista this side of public broadcasting, give me a call. I’ll be there, with my beaten-up, coffee-stained journalism degree in tow. 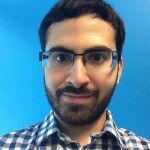 VIDEO: An inside look at the Ryerson Women’s Hockey team