Amidst the concrete jungle, Ryerson’s Quad is nestled between the Kerr buildings. Whether it’s to get work done, take a nap or a pause between class, the Quad is a respite from the city’s bustle for the #HUMANSOFRYERSON

Here are some snippets of what’s on students’ minds. 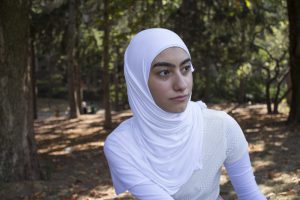 “On Friday, there was that whole pro-choice thing happening … I left class early and me and my friend were like, ‘Hey, let’s see if there’s anything going on on campus before we leave.’ And then we saw a bunch of protesters holding up posters, like “Mind your own fucking body” posters. I walk up to these people and I’m like ‘what’s happening?’ and as someone’s trying to explain, someone else goes in, going off about how [abortion] is against human rights and I’m like ‘No. Ok I’m leaving now, bye.’ ” 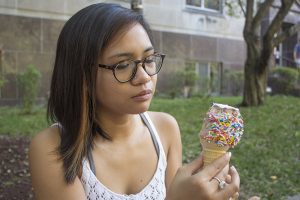 “[My tattoo] says ‘inspire.’ It’s like two, ‘inspire’ and ‘inspired.’ I did that to inspire others and to remain inspired by others … It’s a beautiful thing to work with other people and interact with them. I work at a community centre … I graduated from college, it was my placement and then they hired me afterwards. Now they just can’t get rid of me … I meet people from all walks of life, from different parts of the world, different ages and different lifestyles. I just think it’s a beautiful thing to be surrounded by such a diverse community. Every day I’m inspired by everybody, and myself even.” 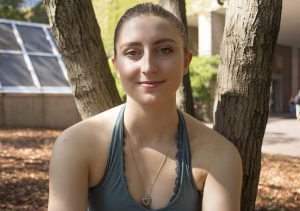 “If you’re going for an audition and you spend all of this time training up until this audition, and you have hopes and dreams for this audition to work out, you might walk in and they cut you immediately because you’re too short or you’re too tall. Or ‘oh so, we needed a ballerina and you’re contemporary dancer.’ It would be anything like that and all of a sudden you’re back to square one and that’s hard to handle sometimes. It can be really hard to be turned down for something you can’t change. And it also doesn’t help that you’re literally putting yourself through this over and over, and you love it any way and you can never figure out why. You’re like ‘why do I enjoy this so much?’ being in this pain all of the time — it’s just something you can’t live without. I used to be a competitive dancer and I was always told, ‘why are your shoulders up?’ … One thing that it took me a long time to realize is that it wasn’t always that my shoulders were up, it was that my shoulders are just very broad for my stature. So they tend to look large and so for judges, they don’t tend to see me standing still, they just assume I’m raising them on purpose or by accident and it’s not the most aesthetically pleasing line when that happens. My body is just shaped like that and it was hard to hear and watch the video and be like, no, that’s just my shoulder shape, and that’s how it looks when I do that. Little things like that, it can gnaw away at you sometimes. It took me years to sort of look at it as ‘they don’t think I can do it, because of that I’m going to.’ ” 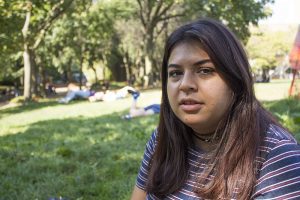 “Climate change — It’s a lot of the reason why we’re experiencing these anomalies a lot of the time, these weird weather anomalies that don’t really make any sense. I feel like a few weeks ago, when the hurricanes were happening, people just thought it would be another hurricane. But, the magnitude of them is so strong and the frequency of them is so abnormal too. I think we’re going to see a lot more of that. It’s sad too, because there are so many communities that are prone to it and effected by them. Hurricane Urma was really scary … especially because there are areas that were affected by it that haven’t been affected by a hurricane in so long. Like I think my friend was telling me the other day that Savannah, Georgia got hit. And that’s just like so far north. It’s in Georgia. It’s not in Florida at all, which is strange because they would never usually get hit like that. And also, I know Puerto Rico is doing really poorly as well. They’re not going to have electricity for four months or something. It’s just a whole different reality for people there. I’ve been thinking a lot about it lately.” 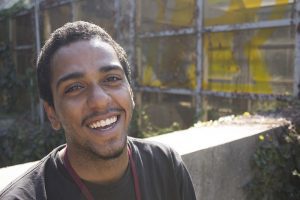 “Just today I was in Loblaws and then walking around I found a chair so I moved it to sit here in the sun.” 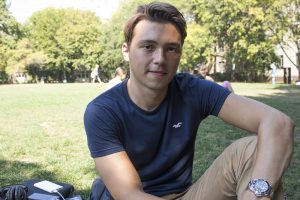 The wait for Rye’s ongoing counselling services is over, for now