There’s more to O’Keefe House – the old brick residence on campus – than meets the eye. The historic building was owned by Eugene O’Keefe, the owner of the once-famous O’Keefe Brewery that existed on the corner of Bond and Gould streets back in 1879. It wasn’t until 1963 that Ryerson took over the property.

Here are snippets of what some of its current residents  are saying this week: 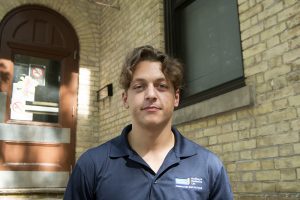 “This is an old house … It’s got some character — it’s like a little hidden secret. The original owner, Eugene, died in the house. He died in my room or on my floor… [Cole] had a seance with him … We’re going to have a haunted house this year and invite all of the floors from other residences and have a parade through the house.” 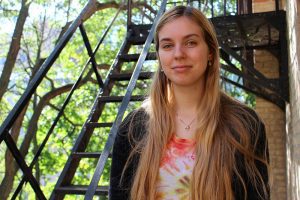 “We’re all pretty different, no one really knew each other before coming here, but we all bonded pretty quickly. I think it’s mostly that we just didn’t want to be alone… The mental health aspect of [social work] got me interested [in the program]. I have my own mental health issues and I want to understand those better and help people with their mental health issue… A few of us have already had mental breakdowns and it’s kind of unfortunate because we are in-house so it’s hard to find a place where we can be alone, especially because most of us have roommates, so we end up seeing people if they’re upset. But we can help each other through it … I still need my own space sometimes. At home, I had a room and it was my room, no one else was in there usually. I’m adapting slowly and getting used to being around people more often, but there are definitely times when I’m like OK, I need to be by myself right now … My town is only 30,000 people, the population of Ryerson is about 40,000, so it’s a lot bigger —that’s a bit overwhelming sometimes.” 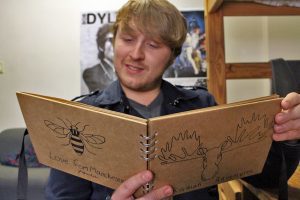 “It’s my first time outside of Europe … For me this is a bit more than a holiday, I want to see if I can adapt to the different change in lifestyle here and see how I cope on my own in a foreign setting. It’s been quite interesting so far … The different words for different things, compared to us, like ‘street car’ we call ‘trams’, you call chips ‘fries,’ we call chips ‘crisps’ in England. So there’s little differences like that … I think I’ve settled in OK, but I don’t want to toot my own horn. I’m trying to do as much as I can before I leave. One of my goals is to try maple syrup approved by a Canadian. I got one in Niagara Falls, but it was kind of cheap and touristy. It’s kind of ironic, but I hate that it’s a tourist spot.” 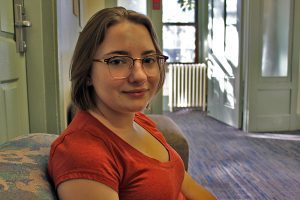 “[My twin brother] will usually sends me snapchats of my dog or little videos of him. I think that’s one of the harder parts about being away from home, is being away from your pets. You can’t really interact with them through FaceTime or social media because they have absolutely no interest. My dog is getting old, so one of the more stressful things about being in Toronto is that I hope my dog doesn’t die before I go home for Christmas. His name’s Omar, he’s kind of like a greyhound with longer fur. I think he’s calmed down a bit now that he’s older, but he’s a snuggle bug, always very playful running around. He always bolts after squirrels in the backyard. He has a funny personality, the hair off of his ears is big and curly so it gives him a bit of a Bob Marley type personality … He brightens the mood a little bit, almost like a comedic relief. He’s a good cuddler … He’s kind of a couch potato these days so he’ll sit on the couch with you and snuggle up on you. He’s not a little dog, he’s a big dog. He would jump up and put his front paws on your shoulders while standing on his back legs and you could actually dance with him … He has no expectations. I guess because he’s a dog he just wants to be loved and played with. It’s a nice relaxing thing, you don’t worry about him judging you or any sort of problems, all you have to do is give him a little treat and he’s happy … I’m very close with my mother, but I think relationships with fathers can be difficult or complicated. I’m a very huggy person, but my dad kind of grew up with no physical contact, no hugging, so it was very difficult for him to hug … me and my mom are really close, we hug all of the time. It’s a bit different being away from home because I don’t just go around hugging people here.” 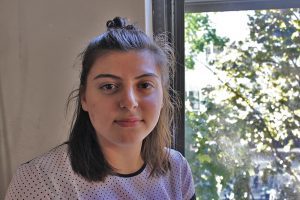 “Yesterday I was trying to convince some people to come out to a volleyball game because everyone was saying “I can’t, I have midterms, I have assignments.’ I said, ‘Come on, you should go out, here’s reasons why. Physical activity gets your brain going, it helps you study, you retain what you were learning’ … all of this stuff. By the end of it I had rallied up six other people when originally zero people wanted to come. When I was in elementary school and high school, it was very hard for me to make friends and I was more introverted than I am now. I finished high school with six or seven close friends … but I would never actually go out of my shell to do anything. But when I came here, I convinced myself. Like come on, ‘Erica, you know having these people in your house and your class will benefit you in the long run because if you’re struggling with something or need to talk to someone or you don’t understand a certain concept in class then you can have people to rely on.’ With that, it brought me out of my introversion. But I think deep down I was always like that.”