Hunger pains: a look at changes to Ryerson’s food services, so far

A chef at work in the newly renovated Hub cafeteria.  (Sean Wetselaar/Ryersonian Staff)

Madelyn McColl always ordered the usual chicken Caesar wrap. As the lines snaked in the Pitman Hall cafeteria, students lined up with their stomachs growling and waited to order from Extreme Pita. For nearly two years, McColl listed off her desired ingredients to the cooks at her go-to fast-food joint without even glancing at the menu. One day, that all changed.

“I got tired of the same things every day,” said McColl, a third-year accounting and finance student. “There were a couple places that changed their options every day, which was nice, but the options stayed the same every week and there weren’t too many healthy (choices).”

McColl, like many other students living in residence at Ryerson, shares the same hunger pains — when it comes to the food on campus: it’s bad.

Chartwells has been in charge for 18 months since Ryerson dumped Aramark Corp. in 2013.

The Ryerson Students’ Union (RSU) sent out a survey that received over 2,200 responses when the school’s contract with Aramark expired in 2012. Results showed that a majority of students were not happy with the food options.
Ryerson conducted its own survey, which saw the same results from not just the student body but faculty and staff, as well.

Julia Hanigsberg, Ryerson’s then vice-president of administration and finance, approved a new food services management program that began in the fall 2013 term.

Aramark served what many students who attended the school during those years have described as substandard food. Much of it was processed, unhealthy choices that sold for premium prices, Joshna Maharaj, a chef hired by Ryerson, told the Toronto Star in 2014.

Margaret Hughes, a second-year biology student, agreed with McColl that her experience with the campus food was substandard last year.

“I found the food decent but slightly overpriced and repetitive,” Hughes said. “The food in residence never seemed fresh and always seemed to be a random mix of whatever was cheapest for the (cafeteria) to buy.”
Hughes added that she has seen some positive change this year.

The choices are more eye-catching. Colourful produce is a main ingredient that brightens up the new cafeteria. Stir-fry and pasta are two healthy choices that can also satisfy taste buds.

This year, Brittney Clendenan lives in residence and when she goes downstairs to the cafeteria, she is a lot more satisfied than McColl was. She scans the options looking at the different choices. If nothing catches her eye, she moves to another cafeteria on campus, lining up at the spot that fits what she is craving that day.

“Overall, the food choices provided to those of us living in residence is good,” said Clendenan, a first-year business management student. “Between five different food facilities available to us, you can usually find a good meal to eat. If I go to Pitman and don’t like what I see, I know I have four different options of other places I could try.”

Ryerson’s primary food facilities are made up of the cafeterias at the International Living/Learning Centre (ILLC), Pitman and the Hub, alongside Oakham Café and the Ram in the Rye.

Although Clendenan is happier with the choices, she says that five months into the year, the food is starting to get repetitive as she finds she is buying the same meals over and over.

Chartwells has revamped all of its food services, from menu options to the grab-and-go selection. They are responsible for the Pitman Cafeteria, ILLC and the Hub cafeteria.

“We put menus out there … It’s really about creating an open, transparent line of feedback so people can tell us what they like and they don’t like,” Yu said. “For example, in both of our residences we just changed the menu structure a little bit to accommodate food allergies because what we were finding (was) a lot of students weren’t necessarily able to eat the chef special.”

McColl’s opinion of the food has changed slightly since Chartwells has taken over. She said she sees the positive changes at the Hub cafeteria but not much at the two residences. Clendenan has noticed it, but does not like it as much as Ryerson Eats may have hoped.

“Often the quantity of the food we get isn’t very much for the price we pay at ILLC and Pitman,” Clendenan said. “Especially after the holidays they changed the price of the food, so instead of getting a full meal for around $6, now if you want potatoes and veggies you have to pay an extra $3 for them, whereas normally they would be included in the price.”

The small price increase may not seem like much, but Clendenan said that it adds up, especially when purchased every day.

Yu said that Ryerson Eats hears a mix of positive and negative feedback but students are mostly satisfied.

“One of the challenges we focus on is definitely consistency and making sure that we’re responding well to our audience and sometimes, quite honestly, we do get some negative feedback. But we also get, overall, really positive feedback about people being excited about the changes,” said Yu. “And when we do get negative feedback, we try really hard to open the lines of communication and try to get down to the misunderstandings if they exist. And also just to listen really well and figure out how we can do better.”

Students study on the upper floor of the Hub cafeteria. Photo by: Sean Wetselaar/Ryersonian Staff

Maharaj has helped lead this change. She was hired by Hanigsberg because of her experience helping revamp The Scarborough Hospital and The Hospital for Sick Children in Toronto, as well as her background as a chef, sustainable food activist and writer.

Maharaj’s first order of business was to help write the new request for proposal that would make high quality and sustainable food a priority on campus. These were the things that reflected the wants shown by surveys taken by Ryerson of the students and staff.

Chartwells promised to do this and earned itself a three- to five-year contact, beating out two other companies to get the Ryerson contract.

Chartwells was voted as the favourite as it is one of Canada’s three biggest food companies and has contracts with other Canadian universities.

The deal also means that Ryerson has more power over the menus in the form of adaptability. Ryerson Eats tries to make the menus fit the feedback they are given through people’s comments and even tweets.

They have also guaranteed a minimum of 25 per cent local food and $5 meal deals called the daily friendly fiver, which they have promised will never just be a simple pizza and pop.

Two of Ryerson Eats’ main goals include sustainable food and nutritious, or as they prefer to say, wholesome food. They do this by using locally grown produce from Ontario farmers, meaning more raw ingredients, which allows for scratch cooking. Fresh ingredients mean the cooks can’t just open a package. They have to have more skills, including chopping and mixing the ingredients right in the Ryerson kitchens.

“Scratch cooking is a big one around both sustainability and nutrition because it allows us to use raw ingredients as they come to us in their sort of purist form and that also means we’re cooking from scratch and we know what is going into our food instead of pre-frozen, pre-made foods,” said Yu.

Ryerson Eats is not the only food option on campus. They have some competition in the form of student-run restaurants such as Oakham Café and the Ram in the Rye. Yu does not see it as competition however, as each fills a different niche on campus.

“They’re also just very different than us, they’re in the student centre, they’re student run and for us it’s a different culture of service,” said Yu. “For them they have a great little café seating arewwa and Ram in the Rye as well and those are great seating areas to allow people to congregate and get together.”

Yu sees the more options as better for the students because it gives choice. She also believes that there are more than enough student, faculty and staff that both can coexist easily.

And although this is the case, most people seem to prefer the restaurant approach that the student-run food options give.

“I prefer the Ram or Oakham because they’re more like real restaurants” said McColl. “So being someone who’s not in residence anymore, that’s what I go for now.”

Hughes had the same feeling because she likes the different options and the fact that it is prepared fresh and just for you. Being able to sit at a table with friends, look at a menu and pick exactly what you want is a big plus.

“I would choose Oakham or Ram as they give you the best value for the money you pay,” said Clendenan. “They have a full menu with lots of choice and I can always find something I like when I go there. Whereas ILLC and Pitman is hit or miss with the entrees and you get less quality and quantity for what you pay.”

The responses from the three different girls seem to not be in Ryerson Eats’ favour. Although progress has been made, it seems there is still a lot that they need to do to ensure students are fully satisfied with their meals.

Once a hallmark of the failing food services on campus, the Hub cafeteria is today almost bustling. The newly renovated kitchen space hisses with the sounds of water and oil hitting pans, with steam drifting from a galley kitchen where chefs hawk their wares. There’s options, from stir fry to pizza, with frequent changes to the menu. Rustic walls are speckled with quotes and weathered wood panelling. Most days around lunch time there are sizeable lines and the room hums with activity.

It might not be perfect, but it’s hard to deny that this stretch of Jorgenson — once a largely deserted hallway near a usually empty cafeteria — has come a long way. 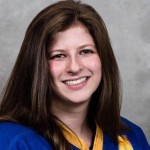 From Alaska to cancer; the next adventure