I think long-distance relationships are hit-or-miss

READERS PLEASE NOTE: This article was published 10 months ago

Does separation make the heart grow fonder? Or is the saying true; out of sight out of mind?

As a teenage girl, I was a sucker for the kind of love you see in movies. I still am. I was convinced that if two people really love each other, nothing could tear them apart. Now, at 21, I’ve learned that it takes more than love to make relationships work.

Four years ago I fell in love for the very first time, only he lived in Italy and I lived in Canada. It didn’t seem like a good idea to get emotionally involved with one another. But as cheesy as it sounds, that’s love. It will make you do things you thought you’d never do. It makes you kind of crazy. After all, we promised to love one another across an ocean for an undetermined amount of time. And we did, for over a year.

So, what happened? We didn’t fall out of love. I guess the distance just started to weigh on me. There wasn’t always the same amount of effort being put in from both sides. I didn’t see myself being with anyone else at the time, so long distance didn’t seem like a big deal. I don’t regret trying it. Perhaps I did for a while when it ended, mending my shattered heart. No one can prepare for a heartbreak, especially not the unforgettable first.

“It was hard because I was talking about how I was feeling, but he wasn’t here,” says Jessica Rondeau, 21. “He could only help so much.”

Meet Jessica Rondeau, a third-year photography student, and her boyfriend, Jerome Manguba, a second-year fashion student at Ryerson University. The two of them met through mutual friends in their first year.  They started seeing each other shortly after that. By the end of their second semester, Manguba wasn’t so sure about what he wanted to do anymore.

He decided that he’d be moving back home to work in Winnipeg, while Rondeau would continue her studies in Toronto. They “cooled things off,” and even stopped talking for almost a year. Eventually, the two of them reconnected online when Manguba told Rondeau he’d be coming back to Ryerson. The two of them had a long-distance relationship for about a year, until Manguba’s return.

“We have so many resources available,” says Manguba. “It makes things easier, so we have to use it to our advantage.”

They visited back and forth. While parting was tough, you get used to the idea, says Manguba. Reuniting felt like an accomplishment. During the school year, it became harder for Manguba to be an emotional support for Rondeau because he couldn’t see her except through their laptop screens. The couple would video call at least once a week for an hour or so, and they would text almost every day. However, once that call was over it felt like they were alone again. You can say comforting things and you can listen, but someone’s presence cannot be matched.

“He was my biggest support at the time,” says Rondeau.  “I didn’t want to lose that.”

Sometimes, the little things are what you long for the most. The couple missed watching movies, or studying, but most of all, going out for dinner together. Their spot in Toronto was a Korean restaurant on Ossington called Oddseoul. In Winnipeg, it was Stella’s Café, where they’d get late night coffee and just talk. So, they set online dates. On Valentine’s Day, they video chatted and ate burgers. Manguba worked at a bakery back home, and his boss even gave him a slice of cake to show Rondeau.

Rondeau and Manguba have really similar interests. They kept their calls fresh by talking about new and exciting things that were happening, which sometimes led to more philosophical conversations. They listen to the same type of music, so they constantly talked about that.

It’s unrealistic to phone every day when you’re living in different cities, provinces or countries. What you can do is stay on the same page, talk about expectations and the things you’re looking forward to doing together.

“That anticipation of being together has made it more special,” says Rondeau.

Every day, we hear that trust is an invaluable building block in relationships, perhaps more so in long-distance ones. Manguba and Rondeau managed to make one another feel that their relationship was solid. They didn’t waste their time worrying. Instead, they were reminded of one another throughout their daily routines. I asked the couple if they would try being in a long-distance relationship again if need be. Rondeau says that it’s something she and Manguba have discussed, since he has an interest in doing an exchange in the future.

“I’d definitely be open to it,” says Manguba. “But we need time to see each other in a four months span. That’s what we did.”

I compared my one and only long-distance relationship to theirs. The X factor in my long-distance relationship could have been the six hours’ time difference versus their one hour. Or, it could have been that Manguba and Rondeau knew exactly when they’d be living in the same city again. I didn’t have that. But I won’t let the ‘what ifs’ haunt me at night. I made sure not to take for granted the time we spent together in Cuba and when I visited him in Italy.

The romance was well alive when we were together, but towards the end of every phone call my mouth filled with sourness. I think it’s all a part of life and that there’s value in experiencing these things and learning from them. The highs and lows that we shared, I don’t think I’ll ever forget. And on that painful day when both of us agreed to move on with our lives, there was comfort knowing that if the opportunity ever presented itself we might try and rekindle that love. 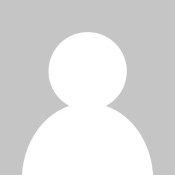 Karen Sandoval-Santana is a reporter and the host of the Blue&Gold podcast at the Ryersonian.

Karen Sandoval-Santana is a reporter and the host of the Blue&Gold podcast at the Ryersonian.