I was (almost) an oil bikini wrestler

I sweep the dust off the black and white checkered floor of my downtown Toronto bedroom. My sister and I peel the posters off the walls, leaving them as bare and white as they were when I first moved in. Back then, in my first week living in Toronto and my first week living away from the comfort (or confines) of my parents’ home, I lay in this bare room at night trying to tune out the sirens.

None of those things happened though. I survived.  My sister and I close the last of the boxes and head down to my dad’s car. We’re driving back home to Kitchener, where I’ll be working for the four months of vacation before returning to Ryerson for my second year. Having lived on my own, I feel older now. I’m twenty and feel sure that in the past eight months, I have grown, matured, and come closer to adulthood.

“Sinead, you had one bedroom to pack up and our car is full of junk.” My dad doesn’t have patience on days like these. “I moved Keara out last week. It was quicker and she had less stuff in her entire apartment than you do in one room.” He’s referring to my sister, three years older than me and in the car with us now.

My sister turns around. “Did you really need to bring your entire wind chime collection and that giant hot pink flower?” she asks.

“You didn’t have all of your packing done,” my dad continues. “You must have been partying instead.”

Accurate, considering that the previous night had been spent drinking shots of spiced rum and learning how to breakdance on my apartment floor.

Maybe I feel more grown up, but first year has not been the bridge from youthful stupidity to responsibility and sophistication. I’m being reminded of this now. I think perhaps the world of real adults once had a meeting where they all agreed to block students from joining this little club of theirs. At this meeting, they were told to smugly question our life choices and publish too many articles examining the habits of “millennials,” mimicking the same othering tone as the ones used to describe the wild animals in a Kratts’ Creatures episode.

They also agreed to remind us that we have no job prospects, complain that we’re unemployed, and then offer us paid gigs that are that are 92 per cent absurd and 100 per cent ridiculous.

This last one really got me.

We get home and fairly soon after that I start my summer job hunt. I keep an open mind but a part of me hopes there could be an opportunity where I could use the new skills I acquired while at school.

I click it. The ad is vague. It says they need an outgoing girl with related experience and that she would start right away. I had done promotional work for a dance studio once and I know that journalism could be similar to public relations and marketing. I feel like marketing and “club promo” had to be under the same umbrella and therefore, I must be qualified for the role.

I apply. I tell them about my dance studio job and about what I had learned in my first year of Ryerson’s journalism program. I say I’m a people person and work well with others. They ask for a photo. I don’t like the idea that my shot at this job will be partially based on the look of my face and body but I send it anyway.

Then I get hired.

Their response, which was just as vague as their job posting, pops up in my inbox.

They say they like me and see me fitting in really well with their group, but I still don’t fully understand my job description. I picture being a person who gets to plan fun events held at the club. Maybe I’ll pass out flyers or something. I picture showing up to work, having meetings about club promoting. I would wear nice black pants or chic dresses and I’m pretty sure I’d have a clipboard. I email them asking for more information just to be sure. I could be wrong. You have to allow a little room for human error, and through several different job ventures, I have learned to allow myself lots.

The woman returns my message. This job I got hired for is nothing like I thought. I read her email, mortified for getting it so wrong.

I’ve been hired to be an oil bikini wrestler … For a webcam channel.

She calls it modelling, tells me the girls make a lot of money, says it would be really fun and “don’t worry, you will be clothed at all times.” (This sentence does not console me.) I would show up to work, wear a bikini, make myself oily, and thrash around in a tiny pool intended for children’s summer parties and wrestle other women in front of a webcam. She says that in addition to making a lot of money, the job serves as a confidence booster for young women.

I pretend to seriously consider it. “Mom and Dad, I’m going to be an oil bikini wrestler this summer.“ My parents might get mad. Future potential life partners would google me and find “oil bikini wrestling model” in the search results. Future employers would never hire Oil Bikini Wrestler Girl.

Terrible waste of bikinis. The oiliest hair ever. It would stick out on my resume.

Instead, I worked at Pita Pit with a good friend that summer.

I’m not the only one to have been fooled by an employer. I know this because I see students dressed as ridiculous mascots or other young women wearing napkin-sized kilts to promote beer companies. Too often has someone older, and therefore more experienced, wiser and more powerful than I and my fellow classmates, come up with a money-making scheme involving using people my age to do the embarrassing grunt work.

The Oil Bikini Wrestler Recruiters were just “scouting talent” though. Twenty-year-old girls must wrestle the best.

Some classmates of mine have had similar experiences with responding to vague postings. I recall a student, whose name I wouldn’t dare mention here (but who happens to be the editor of this section) who responded to a serving job ad. He was told he needed to work in different sorts of environments and be very comfortable with himself. That’s probably because they needed him to serve topless in short shorts with a bowtie around his neck at bachelorette parties.

Then there’s the friend who had to be a “Santa girl” to promote the new Harold and Kumar movie and later was asked to go to a bar as a Greek goddess to generate interest in Wrath of the Titans. I can see how this would work pretty well.

This past summer, before my last year of university, I dabbled in the world of acceptable adult jobs for a short time. Two friends and I uncorked a bottle of barbed-wire tasting wine and sat atop a jungle gym to celebrate. That’s when one of my friends said she had applied to a job which she thought may be a sexy phone talker. We came up with a few reasonable talking points for her new job, but the position never panned out.

I’m glad I dodged the oil bikini modelling/wrestling stint. Wrestling has never been my sport and I have yet to see an ad for runners clad in oily bikinis. That summer, I had a lot of fun working at Pita Pit with my friend. I feared I would be asked to wear the Pita Pete mascot costume and stand at the busy road by my old high school waving the sign for pita deals, but I never was.

I’m almost done being a student. While my years living on my own and working on a degree have matured me, I have yet to stumble into the land of fully-functioning men and women. I’m okay with that. I’m not done with my pseudo-adulthood. I will continue to appreciate the hilarity of our early-twenties. My resume has been sent out to countless people who I believe to be editors for jobs, which I believe are in journalism. I hope I got it right this time. And in the meantime, I’m going to stick to using my bikini for swimming. 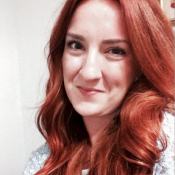 Sinead graduated from the Ryerson School of Journalism in 2014.

Sinead graduated from the Ryerson School of Journalism in 2014.

How do endowment funds work at Ryerson?