I was bullied by a Ryerson student group

In my second year at Ryerson, I joined a student group that’s supported and funded by the Ryerson Students’ Union.

Feeling acclimatized and accustomed to the commute and the campus, I felt it was time for me to get involved in a student club and make new friends.

Instead of gaining new Twitter followers and invitations to go out, I was bombarded with emails and text messages from the other executives in the club calling me lousy, incompetent and useless.

“Failure to commit to at least 12 hours this week means you might lose your role in this organization,” one text message read.

“We feel that you showcased a lack of enthusiasm, spirit and work ethic, regardless of our efforts to accommodate your needs,” another email read.

A study conducted by Simon Fraser University in March of this year revealed that roughly one in five undergraduate students has been cyberbullied, mostly through Facebook, text messages and email.

I became part of that statistic. While I fully appreciate and understand that signing up to be part of a club requires extra time commitment, the methods adopted by the executive council of the South Asian Alliance demonstrated a dictatorial approach. It wasn’t the evening meetings after class or the early morning commutes to set up for an event that bothered me. Joining a club added purpose to my university experience and made my week more meaningful.

I have not communicated with the current executive council of this club and things might be different now. However, my experience with the team from two years ago was nothing short of disastrous. I still shudder at the thought of bumping into any of them on campus. Just last week I recognized one of them from a distance and walked the other way.

Their efforts to accommodate my needs? The constant texts outlining ultimatums for not helping out enough with event planning took on an air of bullying. This tainted the spirit of the organization completely.

It could have all been avoided had members of the executive team created a collaborative environment and shown more accommodation for conflicting schedules. It’s the leadership of an organization that ultimately creates a culture of co-operation and teamwork. I joined this group to enhance my time at Ryerson. Instead, I felt depreciated and derogated.

The online harassment continued. I tried to ignore it but it became impossible. Sometimes it felt like a bunch of them were sitting in a room together and plotting their next move in my online smear campaign.

The women on the executive team, of which I was a part, would tweet about making plans after class with those who actually went to meetings. I missed one because, God forbid, I had to prepare for an exam. This type of behaviour continued their cycle of exclusionary tactics that intentionally hurt, alienated and intimidated me. Similar instances of passive-aggressive behaviour continued on social media for months.

I remember getting threatening texts in the group chats. If I didn’t show up for three days over reading week – yes, reading week – to assist in poster-making and event promotion, I would get kicked out. The president even deferred an exam so he could go early to an event and set up.

After six months of increasing online bullying, I decided to resign from my position as an executive member of the club. I felt like I had no choice. I would be scrolling through Twitter on my phone only to find another subtweet about me. It was taking over my life and destroying my ability to concentrate in class.

How was there no system in place under the RSU to complain about online harassment? Was I the only one who felt this disrespected and distressed?  This club has over 10,000 members across six universities in Ontario. Was it just the Ryerson chapter that needed to be scrutinized? I didn’t know where to turn for help.

Two years later, I spoke with Ryerson’s office of discrimination and harassment prevention to find out what a student should do if they are experiencing online bullying.

“Ryerson’s non-academic student code of conduct is the best first step to turn to when you feel you’ve been victimized,” says Ann Whiteside, a discrimination and harassment prevention officer.

The student code explicitly prohibits any form of behaviour that causes or implies physical and mental harm. There is even a subsection devoted to hazing. Ryerson has also attempted to address the different methods bullies use to remain anonymous.

“This Code will be applied regardless of the medium used for committing misconduct,” the document states.

However, this is still too ambiguous. A quick search for “cyberbullying” in the 27-page document yields zero results. It’s time the post-secondary system realizes and addresses this reality.

Effective Sept. 1, 2012, Ontario became the third province in Canada to implement anti-bullying legislation that included cyberbullying. What are universities waiting for?

What’s worrisome is that many universities seem dubious to the fact that online harassment in higher education should even be considered cyberbullying.

According to a CBC story, a study conducted at Simon Fraser University found that most universities did have policies around student conduct, discrimination and harassment. However, not all were specific to online venues. Ryerson is no exception.

Devising clear-cut policies is a good start, but universities should also put resources into counselling and prevention to reduce cyberbullying.

Fundamental change will only come through a multi-faceted approach involving all levels of the university with a concentrated effort to create a new sense of responsibility around online behaviour. I have my doubts that a law will have any significant impact in the fight against insidious online behaviour unless more educational groundwork is laid.

The 21st-century bully need not rely on just fists and a cruel tongue. Anonymous threats made via social media or through texts is as serious as a threat made in person on campus.

I hope one day these people learn that strength is never garnered through undermining another person or singling out their weakness or inability. Ryerson needs to be part of the solution to this problem, not continue to play a part in it. 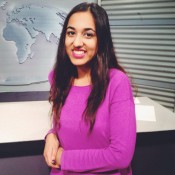