BREAKING NEWS
Toronto Public Health declares active COVID-19 outbreak in Pitman Hall
Tenth COVID-19 case confirmed on campus
For some students, marijuana is a useful study and relaxation aid
Ryerson’s therapy dogs miss you as much as you miss them
Spending a second Ramadan in lockdown
OpinionRelationshipsVoices

I’m a child of divorce — and happy about it

I have one distinct memory of my dad before the separation. It was the middle of the night and the lights were on downstairs. This could only mean one thing: my dad was up. It was during the week, so any sighting of my father was rare.

My dad was getting a glass of water. I did the same, just to share a moment with him. After our night-time drink, he took my hand, walked me upstairs to bed and went to his office.

“I wasn’t sad that my parents were divorced. I was grateful…”

When my parents were together, my dad would come home, kiss my sister and me, and go to work upstairs. I used to wait all week for Sunday — the one day we spent together as a family. But after the divorce, I could look forward to spending every  moment of every second weekend with him.

Whether it was gallivanting around Trinity Bellwoods Park or eating sandwiches at nearby Portuguese bakeries and Kensington Market restaurants, I finally had time with my dad.

So although I was labelled a child of divorce, I didn’t feel the way society often thought I should. I wasn’t sad that my parents were divorced. I was grateful because it gave me a relationship with my dad.

A York University researcher found children tend to be better off when their parents stay together, according to a Globe and Mail article. It showed that children of divorce tend to suffer from substance abuse, anxiety and depression, and are less likely to attend university.

Regardless my parent’s divorce, I got good grades and had good friends. I never acted up because I had an issue with the divorce — I was just a little strong willed at times.

My favourite movie growing up was the 1998 remake of The Parent Trap. It was about a pair of twins, both played by Lindsay Lohan, who try to bring their estranged parents back together.

I knew every other line and every song in the movie. I still know the lyrics to “Everlasting Love” and can re-create the movie’s famous hand-clap scene. I remember feeling like Lindsay Lohan was living an exaggerated version of my life. I didn’t have a twin that was kept secret from me, but that didn’t stop me from relating to the movie.

In movies like The Parent Trap, children of divorce are portrayed as matchmakers or victims. But that’s not why I related to the movie. While I may have fantasized about having a long-lost twin, those fantasies never included getting my parents back together. They did, however, lead to confusing conspiracies that my younger sister was my twin.

Yet my mom, like many parents, was worried I might be longing for that Disney “happy ending.”

So she made me see a guidance counselor.

A woman who I had never met before asked if everything was OK at home. Of course it was, I said. She looked taken aback. Her response confused me even more. Was I supposed to want to talk about the divorce?

I was seven years old when my parents separated, so the biggest thing it meant for me was that I got to have two sets of toys. I didn’t know why that needed discussing.

The hard part came when I went to high school. Since I lived at my mother’s house most of the time, I went to school in Richmond Hill, which meant that that was where all my friends and my life were.

Every other weekend, Facebook would show things I missed out on. When I brought up any outings with friends I wasn’t part of I would get the same answer: “You were at your dad’s.” When I started seeing my boyfriend, I even began to resent those weekends at dad’s because they meant I could only spend every other weekend with my boyfriend.

On my uncle’s birthday a year after the divorce, my dad introduced my sister and I to my uncle’s female friend. We played hopscotch with her and liked her so much we wondered if we would get to see her again. We later saw her picture on a heart-shaped keychain beside my dad.

My sister and I would cry and beg to spend more time with our newest friend. We would complain until we were sentenced to our room.

By the time I entered university, both of my parents had significant others and I thought I was a master at adapting to new situations. But one day I was eating lunch in the backyard with my family when there was an awkward silence.

My dad announced that my uncle was going to have another niece.

Nine months later, I was out with a group of girlfriends when I got a confusing text from my uncle.

“Aren’t you excited to have a new baby sister?”

I finished dinner with my friends and rushed to meet my uncle, who took us to the hospital.

When I saw my dad he was outside the hospital room and smiling bigger than I’ve ever seen. I snuck into the room to see the mom of my new sister. She, too, was glowing.

When my baby sister Sofia was handed to me, I said one thing: “Just remember, you like me more than Aleksa.”

Now three, Sofia is the sassiest toddler I’ve ever met. She requests groceries, insists on watching “Frowzen,” and loves her Queen Elsa shirt. She cries when I leave the room. She’s my favourite person.

My mom gets mad if I ever come home without pictures of Sofia. She loves her daughters’ sister and is now asking about grandchildren.

I’m lucky. Some kids’ parents go AWL when their ex-spouse gets remarried or has children. Some can’t even connect with stepparents — or choose not to.

My dad likes to say that he and my mom are on the same team. Together, they have sat through parent-teacher conferences and graduations and they celebrate big moments in each other’s separate lives without hesitation.

That’s why I never wanted my life to be like The Parent Trap. Together, my parents were unhappy. But apart, they are with people who make them smile. And that is the perfect movie ending. 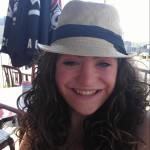 Majority of Toronto students say they will vote in this year’s federal election: Poll

Lockdown Love: how couples are navigating the pandemic