In Review: Balm in Gilead 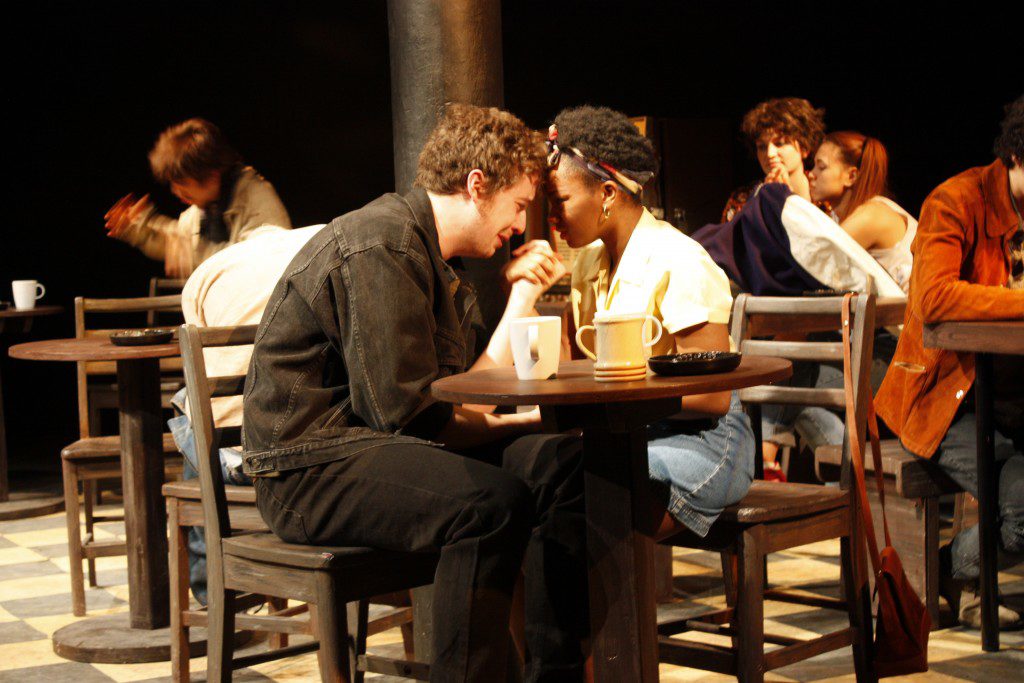 No matter if you are a misfit, down on luck, or in the outskirts of society, you will find a home with the characters in The Ryerson Theatre School’s rendition of Balm in Gilead.

Opening to an almost-packed house on its March 4 debut, The Ryerson Theatre School transformed their stage into a 24-hour greasy spoon, dubbed Frank’s Café. The classic boy-meets-girl story takes place in this Upper West Side, New York City hot spot.

Set in the ‘70s, the café is a hub for the social pariahs of the time: Prostitutes, petty thieves, drag queens, drug dealers and addicts. It’s here that we meet Darlene, new and inexperienced to NYC; and Joe, a small-time drug dealer who finds himself in trouble with a local gangster named Chuckles. The unlikely pair is soon enamored with one another: She as an escape for him, and he as a protector from the city for her.

“Do you mind?” said Darlene, indicating to the seat next to Joe.

“How should I mind?” replied Joe. 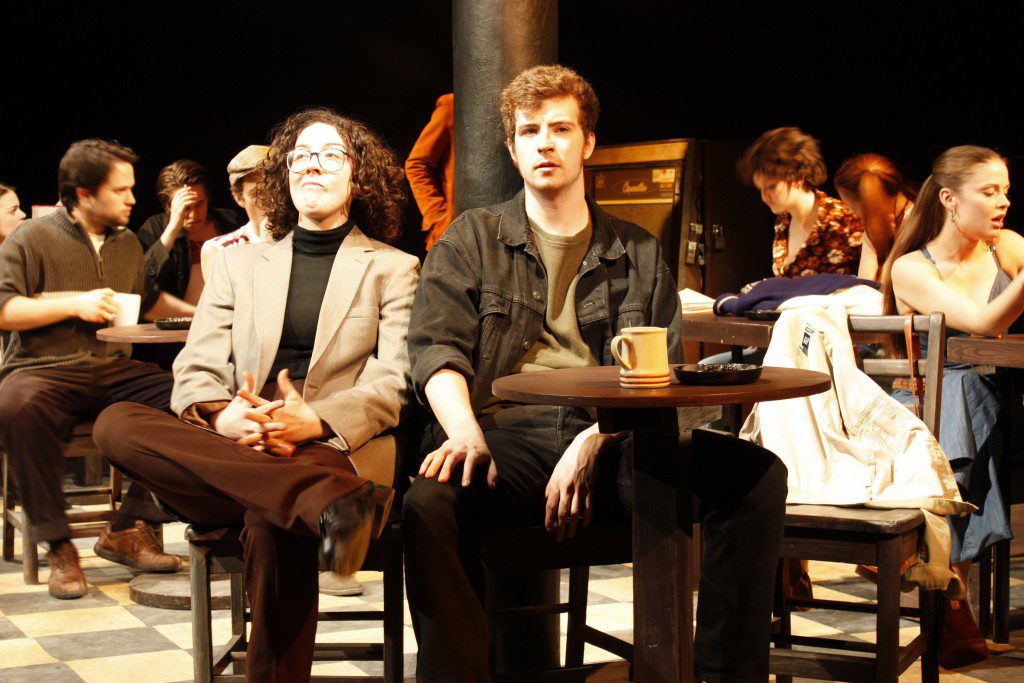 This is Darlene and Joe’s first meeting, both simple and charming. The chemistry of actors Bria McLaughlin and Daniel Mousseau – who play Darlene and Joe, respectively – is natural and believable. Although the story takes place in a  café with a milieu of characters, such as the sassy drag queen Franny (Nikolas Nikita) and hustler Rake  (Hugh Ritchie), the narrative centres on the pair trying  to resist the demoralization of the city.

American playwright Lanford Wilson originally wrote the play in 1965 while living in New York City, inspired by the conversations he overheard in late-night coffee shops. Wilson’s work was usually distinguished by the conversational, overlapping dialogue of its characters.

One of Wilson’s most memorable monologues, an excerpt of which was spoken at his memorial in Los Angeles after his death in 2011, is Darlene’s 20-minute dialogue from Balm in Gilead. McLaughlin’s delivery of the monologue was a standout performance during the night, full of sincerity and emotion. Other memorable performances include Nicole Hrgetic’s portrayal of Ann the prostitute, and Megan Webster’s wordless rendition of Babe the addict.

The authenticity of the characters combined with the immersive set (such as the actors’ engagement with the audience) contributed to the empathy felt for these dejected – and at times desperate – types. In a way, they are a dysfunctional family, like when Tim is drunk and escorted home or when Ann has a bad “customer” and John comforts her. Whether it’s drugs, sex, the café or each other, they are all trying to find comfort.

A key aspect of the production was what the Ryerson community brought to the performance. Having these characters played by students – a group trying to find a place in society in its own right – really brought the piece together and made it that much more real and relatable.

Balm in Gilead will be running until March 12. 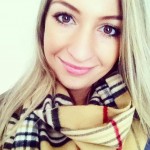