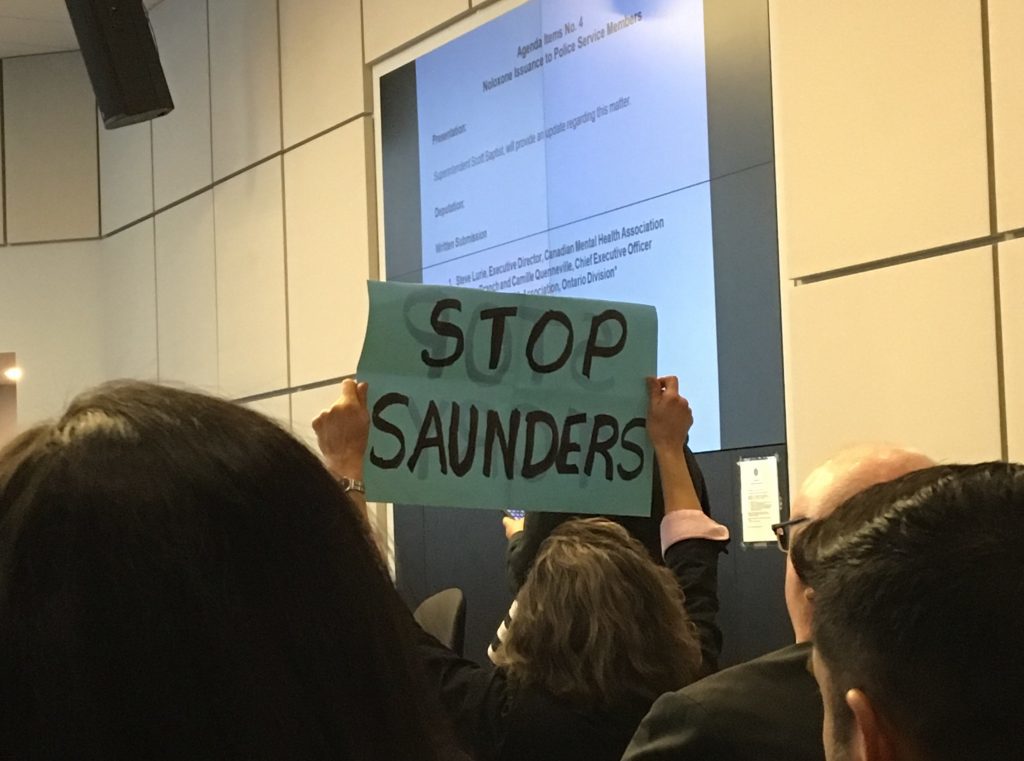 Board members unanimously passed the proposal. Before voting, Tory called the proposal a “very important and very significant first step.”

“It is essential [that] the community is involved throughout the entire process of establishing this review,” said Shakir Rahim, a board member of Alliance for South Asian AIDS Prevention.

Five community members were each given five minutes to share their statements with the board. Board members were then given the opportunity to ask follow-up questions.

Activist Brian De Matos spoke to Toronto police chief Mark Saunders directly about Saunders’ comments in February about civilians not coming forward with their concerns during Project Houston. “I say in anger, rage and sadness: shame.”

De Matos said the external review board should include people who aren’t represented right now. “This review will mean nothing unless we incorporate intersectionality.”

Activist Susan Gapka repeated this sentiment, saying that some of the most disadvantaged people are being left out. “Things like having meetings at police headquarters make a number of us uncomfortable.”

Becky McFarlane, senior director of programs and services for The 519, said this review needs to be accountable to a timeline.

“There is no way that this community can wait 20 years…to try to understand what I think has been understood through a million inquiries, external reviews, [historic mechanisms],” said McFarlane. “So much of the grief in this community is preventable.”

Five great films made and set in Canada