Three-dimensional imaging is nothing new, but the rising popularity of virtual reality devices is creating new opportunities for people to try out 360 photography, especially at Ryerson.

Students are using 360—or panoramic—photography to make their school projects more engaging. By capturing videos and photos from every angle, it allows viewers to move and interact with the images.

The creative possibilities of a 360-degree camera prompted second-year professional communications student, Christo Luksatrio, to encourage his program to educate students on 360 technology.

Luksatrio, who works as a technology development assistant for the School of Professional Communication, said he wanted to experiment with this type of imaging by creating a virtual tour. It will showcase how to use a 360-degree camera for advertising purposes.

Luksatrio said his program has “a variety of interesting projects,” but believes 360 photography and video could take his work to the next level.

“Three-sixty photos let you get a better feel of your surroundings, which is definitely helpful when it comes to interior design [for example],” he said.

To Luksatrio, 360 imaging is the future. “There’s so much more you can put into a video [or photo] when you’re not not restricted to a single frame.”

The department of professional communications has purchased a 360fly, a user-friendly 360 camera, which Luksatrio is using to create his virtual tour project. Once it’s complete, he’ll create a manual for future students to use 360 cameras and begin introducing the technology into their program.

To learn more about 360 technologies, Luksatrio went to the Digital Media Experience Lab. Located on the third floor of the Student Learning Centre, where the DME helps students incorporate these technologies into class projects.

Kieran Ramnarine, a DME student advisor who helped Luksatrio with his project, said that it’s easy for students to learn 360 photography through the lab’s services. Ramnarine has also taught architecture students how to use 360 technology to visualize projects.

“We showed them how to take 360 photos, edit them, design them and enhance the 360 space,” Ramnarine said. “Then [we] put those [photos] into virtual reality so you can experience the space after editing them.”

Other students, like Marissa Frosst, a fourth-year creative industries student and former DME student advisor, have also used 360 photography in their research.

She said it would be interesting and useful for students to start incorporating these technologies into their projects.

“Whether 360 and 3D or augmented reality and all those technologies, if you begin to know one, then it helps you when you start to learn a different one,” Frosst said. “Because you learn the coding behind it and the mechanics and you learn how to build apps and all that sorts of stuff. It bridges across all those fields.”

It’s never been easier for students to try 360 photography. With resources like the DME, apps like Google’s Photosphere and events on campus like The Past, Present and Future of 3D Photography, anyone can learn how to bring their project to life.

“[And] six months from now, it’s only [going] to get easier,” Frosst concluded. 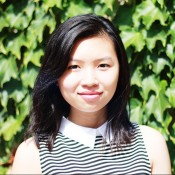