The technology, known as telematics, (information technology enabling the long distance transmission of data) is part of new usage-based auto insurance being offered for drivers in Ontario.

“Innovative programs like this is something insurers are looking at to attract business,” said Pete Karageorgos, manager of consumer and industry relations with the Insurance Bureau of Canada.

Already popular in the United States and the United Kingdom, usage-based insurance collects data from a small wireless device that is voluntarily attached to the driver’s compartment via a port found in newer car models made in 1998 or later.

The device measures driving habits including the time of day the car is used, the distance travelled, how quickly turns are done, and how fast the driver is accelerating.

With Desjardins, the first company to offer the telematics device in Ontario with their Ajusto program, the data is then sent to a Montreal company called iMetrik Solutions and recorded. A discount is then applied during insurance renewal.

Desjardins started offering usage-based insurance in Ontario back  in May. Since then, the opt-in program has around 40,000 users in both Ontario and Quebec, where the free, optional program was started.

“We like it because it attracts the really good low risk drivers to us, not to our competition,” said Joe Daley, spokesperson for Desjardins.

According to Daley, a driver who only puts in 15,000 km a year, doesn’t drive during rush hour and late hours and isn’t an hostile driver can earn up to 25 per cent of savings. However, the average is actually around 12 or 15 per cent.

“If you’re a young driver, say a student, and you’re paying your own insurance, it can be very expensive, so the savings can be substantial,” said Daley. “Unfortunately, young drivers are often out late at night and sometimes they’re aggressive.”

Still, it offers an option for drivers under the age of 25, who can pay hundreds, even thousands of dollars more than older drivers for their car insurance. Male drivers can pay $500 to $2,500 more than females. Even just having a teenage driver added to a parent’s insurance policy can increase the cost by 50 to 100 percent.

While young drivers can save money by buying claims protection and taking driver’s training, usage-based insurance offers even more cost savings, especially in Ontario where a 2011 study by the Fraser Institute found residents pay an average of $1,231 annually for auto insurance.

In the GTA, that number is actually higher, coming in at around $1,500 per year. Part of the reason for the increased price is excessive instances of insurance fraud.

Dana Roberts, a 21-year-old fourth-year journalism student who is leasing his own 2011 Ford Fusion, is in favour of lowering his costly insurance with discounts based on the individual driver instead of being grouped into certain categories.

“I pay just under $250 a month in car insurance. I understand why young drivers pay a higher insurance cost than older age groups, as there are many reckless young drivers,” said Roberts. “But I think that usage based insurance would be a way to reward drivers like myself who follow the rules of the road and don’t deserve to be paying more money because of other people’s careless driving techniques.”

But while jurisdictions in the United States and Europe will create rates completely off the telematics device data, in Ontario it is just a cost reduction strategy for now. Ontario still bases auto insurance on age, driving experience including tickets and accidents and the type and year of the car being driven.

If they want to start offering usage-based insurance, each company must submit an application to the Financial Services Commission of Ontario (FSCO) for approval. The FSCO regulates insurance and provides standards to make sure plans are transparent and fair to consumers.

In October, the FSCO released a bulletin outlining privacy issues about the data collected for usage-based insurance pricing. They listed consideration for insurers including that the information collected should only be used for discounts.

Insurers will also be responsible that data meets the requirements of Canada’s Personal Information Protection and Electronic Documents Act. Data is not to be kept longer than necessary.

Avner Levin, director of Ryerson’s Privacy and Cyber Crime Institute, shares these privacy concerns. He thinks the regulators need to be tougher and inform young consumers about what they are signing up for.

“What it’s creating is this permanent record of your driving activities. It’s going to be with you for your entire driving career. There’s massive personal information about yourself that could have implications well beyond getting an insurance discount,” said Levin.

He is worried the data will impact an individual’s credit score and even get them in trouble with the law in the future if the driver has committed violations that need to be reported.

“It’s unfair to say this is just about getting a discount.” said Levin. “I’m concerned about what it does to us as society. The more private companies collect information about us, the more we lose our ability to control who we are and the more we live under continuous surveillance,”

Although he is against usage-based insurance, Levin says as an increased number of people sign up, it will soon become a required technology for cars.

Daley from Desjardins disagrees with the negativity. “We’re very restrictive,” said Daley. “We can’t use it if you are in an accident. There’s better information provided by the black box in most new cars anyway that people don’t even know is there. If the police demand the data, we’ll provide it, otherwise we give it to nobody.”

However, Daley does agree that usage-based insurance will continue to catch on.

“Eight out of the 10 biggest companies in the U.S. are offering it. We assume it’s only a matter of time before all the big insurers in Canada are going to offer it as well,” said Daley, who pointed out that Intact Insurance is seeking approval to launch their own program in Quebec next year.

Suzanne Michaud, vice-president of customer experience at Industrial Alliance, the only company to offer telematics technology exclusively to 16-to -24-year old In Quebec, says there isn’t much of a privacy concern with their users.

“A lot of young drivers don’t seem to be bothered by that. As soon as you have a cellphone, there’s a GPS on that. Yes your car might have a similar device but with a cellphone, anyone can follow where you were at a certain time,” said Michaud.

Roberts is one of those young drivers who is not really worried about confidentiality.

“If it saves me money, I have absolutely no privacy concerns!,” said Roberts. 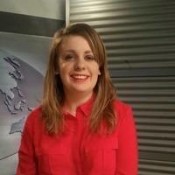 A tunnel into repression