Film slates from Stanley Kubrick’s films throughout his career. (Samantha Sobolewski / The Ryersonian)

Writer-director Stanley Kubrick’s work is being celebrated over the next month with the biggest exhibition to date the TIFF Bell Lightbox has ever hosted.

Stanley Kubrick: The Exhibition, which runs now until Jan. 25, features nearly 1,000 pieces of film memrobilia, handwritten correspondances, scripts and props from throughout Kubrick’s career, pulled together in partnership with Kubrick’s estate and Frankfurt’s Deutsches Filmmuseum, which first premiered the exhibit in 2004. The exhibit has since toured the world, visiting the likes of Paris, Rome, Berlin, Amsterdam, Krakow and Los Angeles before settling down for a month in Toronto.

In order to house all the artifacts, Jesse Wente, director of programmes at TIFF, and Laurel MacMillan, director of exhibitions at TIFF, made the decision to organize each of the retrospect’s components by film in custom created rooms rather than by theme, the method used in Los Angeles according to MacMillan. This required 900 linear feet of drywall, around 50 gallons of paint and specific room adjustments, such as the polished linoleum floor and sourced army surplus bunk beds for the Full Metal Jacket room. In total the exhibition spans the entirety of the Lightbox’s HSBC Gallery as well as a room on the building’s fourth floor.

The extensive exhibition, which additionally features a collection of camera and film lenses Kubrick used both in his directing and photography careers, is particularly enticing because of both how much physical stuff Kubrick used as well as his relevancy in popular culture.

“In some ways Kubrick is the ultimate example of a popular auteur whose movies have physical qualities; they’re not CGI movies so you can actually have the things in them,” said Adam Nayman, a film critic for Cinemascope and Ryerson professor who is introducing a screeing of Full Metal Jacket during the retrospect in December.

It’s also a well-suited retrospect in terms of how much dialogue Kubrick seems to entice among critics and viewers.

“A lot of people who write about film or study film will tell you that if they’re of the VHS or DVD generation, Kubrick’s movies are something you encounter pretty early on and I think that’s because of the many, many, many things people say about these films,” Nayman said, citing documentary Room 237 as an example of the obsessive analysis and varried interpretation Kubrick’s films inspire. “It’s very easy to see these things in his movies, so it’s just really a question of sheer volume: how many of these things there are to see; how deeply and obsessively people seem able to look into these films.”

Although many of Kubrick’s films were given negative reviews when they were first released, some of his work is now considered the greatest of the 21st century by critics, including 2001: A Space Odyssey. It’s a film Wente says he’s not completely sure viewers have even caught up to 46-years later.

“Luckily the sort of critical vision of his work happened long before the exhibition ever came out,” said Wente. “I mean, that’s largely a function of an artist being ahead of their own time and taking the critical community time to sort of catch up to what he’s all about.”

Added Nayman: “All his movies have had their reputations change and to some extend rehabilitate.”

Actor and producer Kirk Douglas had Kubrick hired to replace former director Anthony Mann. The two met while working on Kubrick’s Paths of Glory. Kubrick was much younger than the rest of the cast and crew, which reportedly created disputes on-set. The film was shot on the Universal Set and took 33 months to complete. 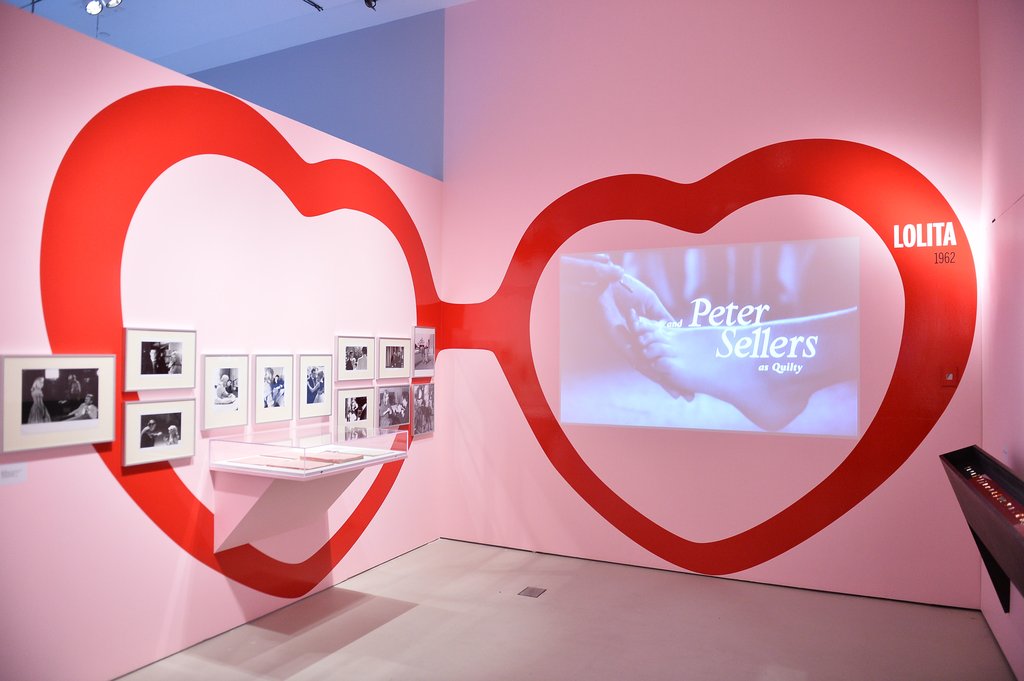 In order to try and avoid censorship, Kubrick cast 14-year-old Sue Lyon to play Lolita, increasing the original character’s age by two years and replacing any undisguised images of sexual desire with more subtle suggestions of Humbert Humbert’s desires. The film earned an X rating in the UK and was condemned by the Catholic Church’s Legion of Decency, ultimately making it a sin for Catholics to see it. 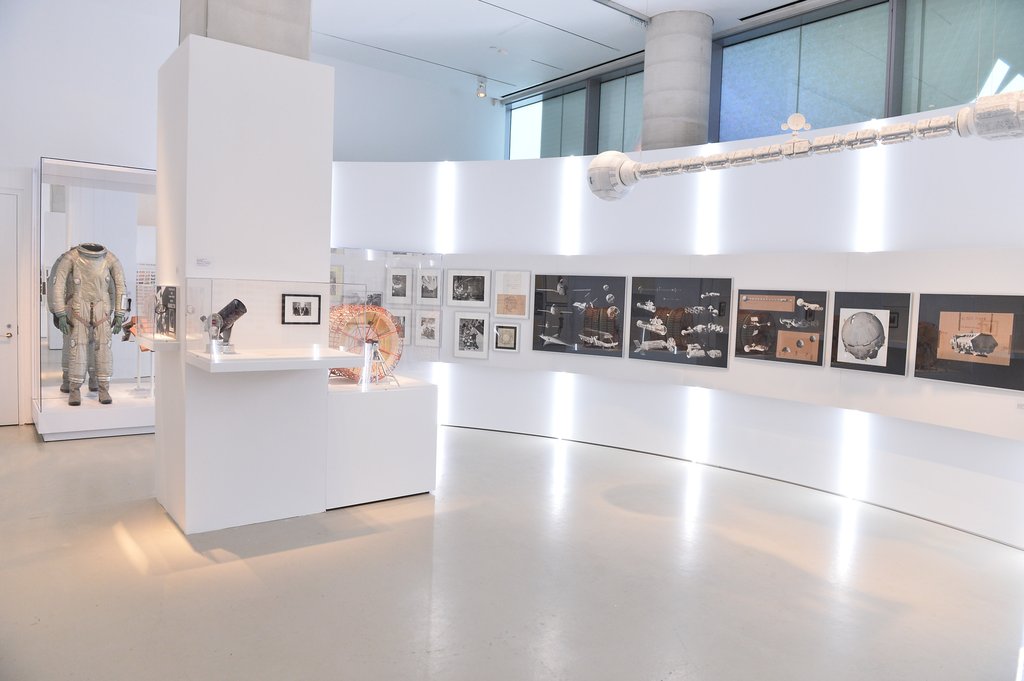 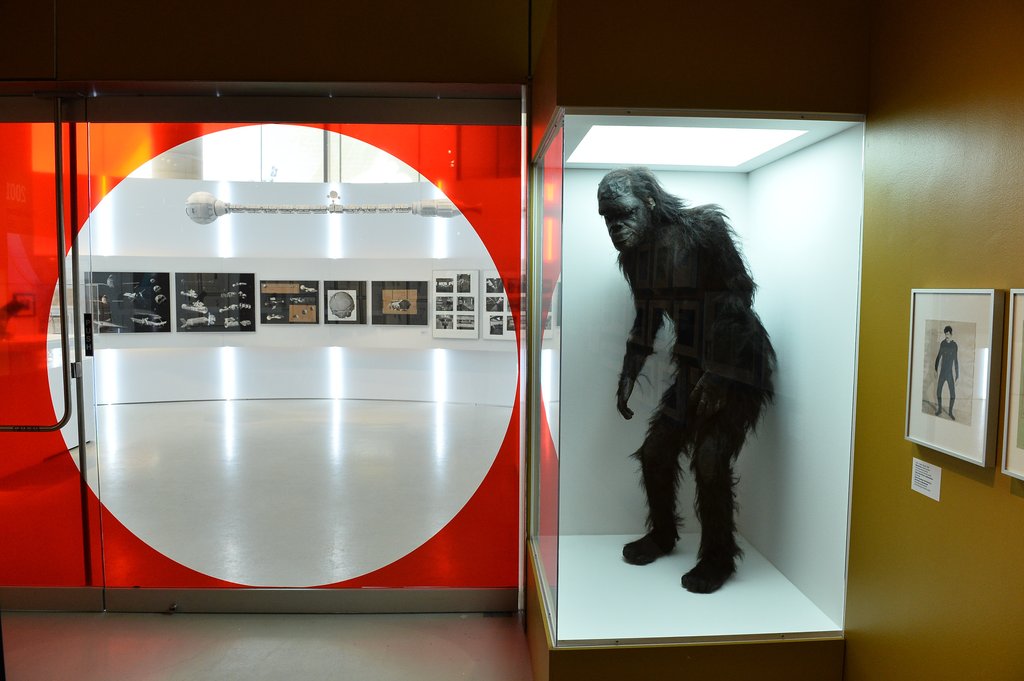 In total the film features 205 special effects shots, taking two years to produce and costing half the film’s budget. The film also inspired NASA to name its space shuttle Discovery after the spaceship featured in the film. 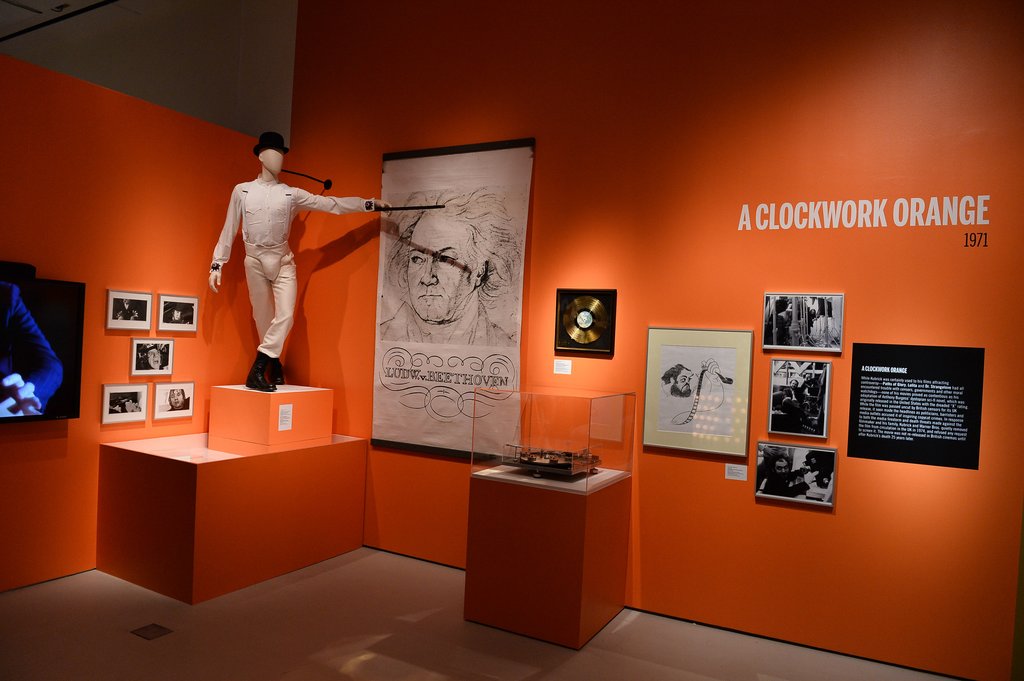 Kubrick’s adaptation of Anthony Burgess’ novel wound up earning an X rating in the United States. Although it made its way to British theatres, the film received so much backlash and Kubrick’s family received so many death threats that Warner Bros. pulled the film. It wouldn’t be re-released in UK cinemas until 25 years after his death. 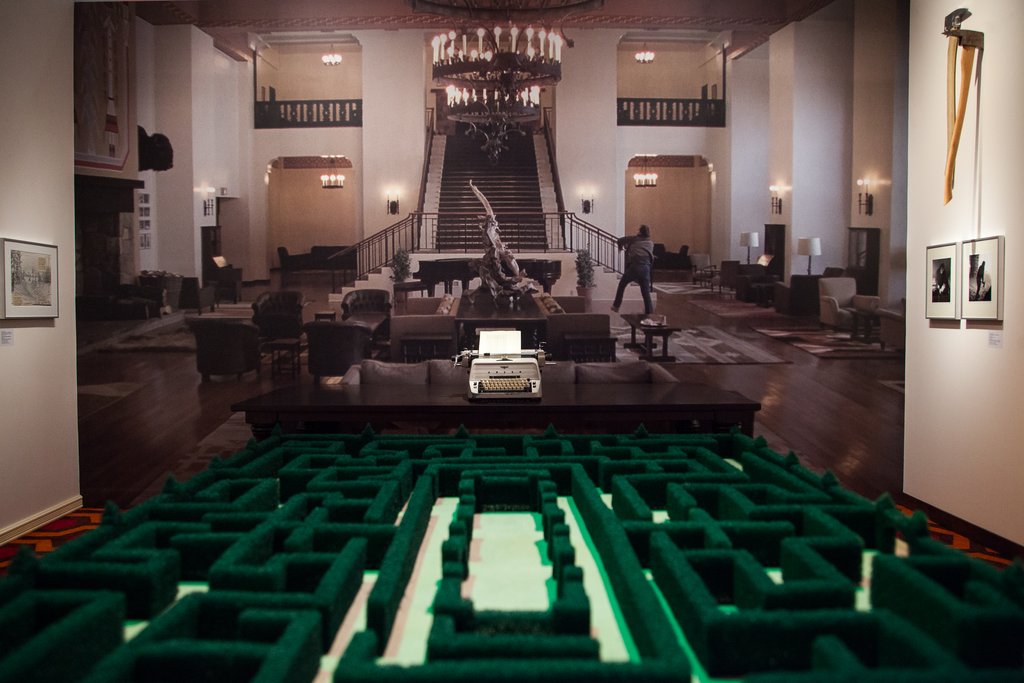 The Shining room, with a replica of the maze featured in the movie in the centre. (Courtesy George Pimentel, TIFF)

Although The Timberline Lodge acts as the exterior location portraying the Overlook Hotel, the interior of the hotel was filmed at Pinewood Studios in England so Kubrick had enough room to use a Steadicam. The hotel asked Kubrick to change the room number so not to defer customers from staying in the room, which is how the room ended up as Room 237. More than 1.3 million feet of film was ultimately shot for the film. 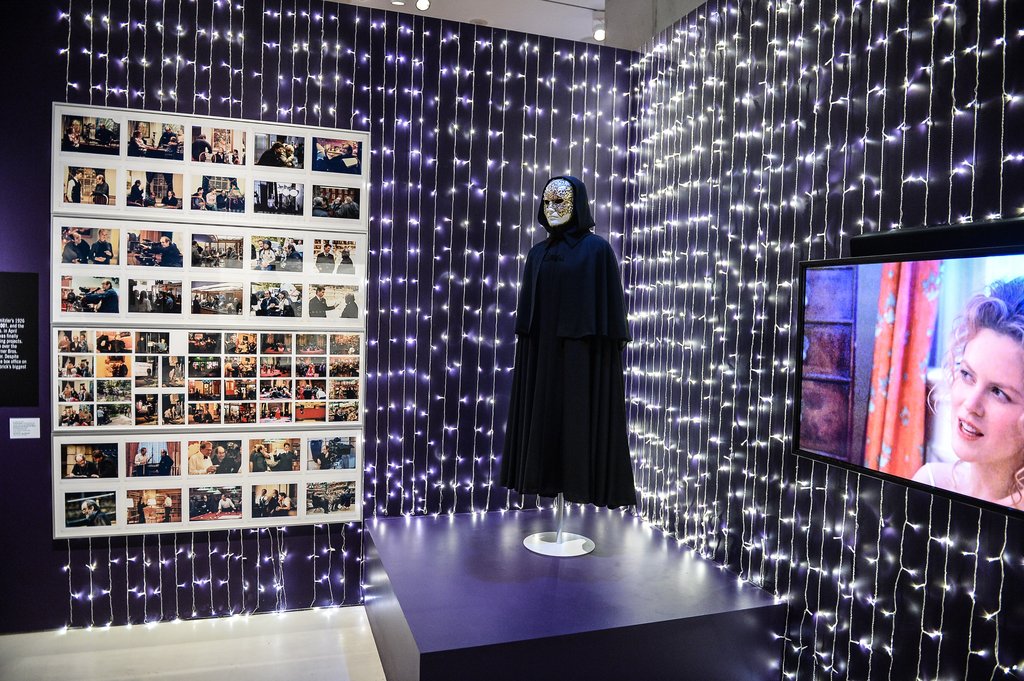 Kubrick originally planned Eyes Wide Shut as a follow-up film after 2001. The film was set in New York but shot in England over a 15-month time span. Five days after Kubrick delivered Warner Bros. the final cut of his film he died of a heart attack.

Check out some other photos from around the exhibit below. 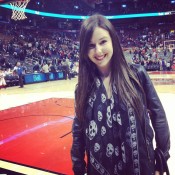