Two longtime professors who were appointed Wednesday as interim co-chairs of Ryerson’s School of Journalism have released a call to action to address student concerns over equity and inclusion.

Asmaa Malik and Gavin Adamson, both associate professors, were appointed to the positions following the resignations of the school’s former chair and associate chair earlier this month. Their appointments were announced in a brief email from FCAD dean Charles Falzon.

Malik and Adamson said in a separate email released late Wednesday that they will immediately implement an action plan, approved unanimously by faculty members, to address student concerns.

In their email, addressed to “students and community members,” Malik and Adamson said:

“We’ve been listening closely to your calls for meaningful change. We acknowledge the difficult experiences you’ve shared and we know how hard it has been to share them. There is much work to be done to rebuild and restore trust.”

They said the action plan commits them to:

In his email Wednesday, Falzon also said that the School of Journalism will embark on “an intentional review and transformation process.” He said another longtime professor, Kamal Al-Solaylee, will serve as “transformation lead” and will oversee the transition.

A formal search committee for a permanent chair will be set up in the near future, according to Falzon.

The appointments and the establishment of the action plan come after Janice Neil, the chair of the Ryerson School of Journalism, and Lisa Taylor, associate chair and the school’s undergraduate program director, both resigned on March 7.

Their resignations followed the release of an open letter, in which several current and former students of the journalism school made allegations of systemic racism and discrimination within the program. 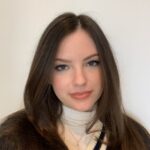 St. Patrick’s Day: A historical look into the famous festivities

WandaVision keeps us captivated, shifting our minds off the pandemic