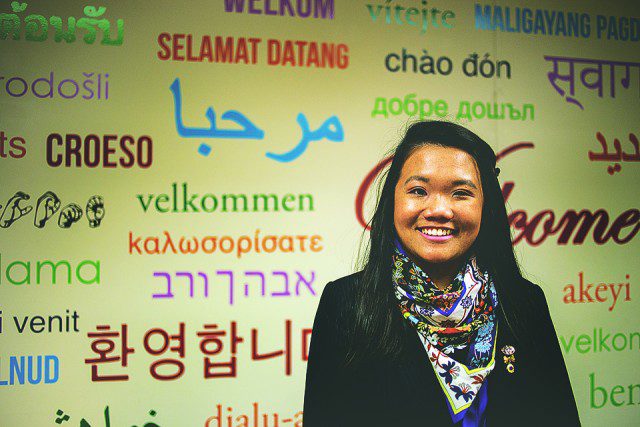 Ryerson student Danielle Lee has been awarded a community service award from the City of Toronto. (Ryanne Hollies/Ryersonian Staff)

Lee, from Singapore, will be honoured at David Pecaut Square on Saturday during the city’s fourth annual International Student Festival. She will receive a certificate, a gift and $500.

The event recognizes the achievements of international students at Ontario colleges and universities in six different categories: community service, arts and culture, academic excellence, entrepreneurship, sports and professional achievement. Lee is being awarded for her volunteer work with Ryerson’s Lions Club.

The fourth-year business management student has been a member of the Lions Club since 2012, and is currently the club’s president.

The 25-member organization co-ordinates community activities. Past events include planting trees in Toronto parks and raising funds for the Lions Foundation of Canada Dog Guides, a charity connecting the visually impaired with trained guide dogs.

“She’s always involved, but she’s not that one that’s loud, front and centre, and those students (like Lee) don’t get all the recognition they deserve,” says Van De Weghe. “A lot of students might do some volunteer work (just) to build up their resumes. With Danielle,  she’s a very genuine person in my mind. She really cares.”

Although Lee is well-immersed in Ryerson student life now, she admits it was difficult to make friends when she first moved to Toronto in 2011.

“The only friends I had were the ones I met at the international students’ welcome party. But they were not in the same program, so I barely saw them,” she says.

She says that class projects, getting involved on campus and volunteering helped her meet a lot of new people.

Studying abroad was never the plan for Lee until getting into university in Singapore proved to be difficult because of the limited number of institutions and stiff competition for places.

Lee said being far away from her immediate family gives her more motivation to succeed because so much is riding on her success.

Lee’s parents are paying for her tuition, which is two and half times what Canadians pay. She also has three younger siblings for whom she serves as a role model.

“There’s lots of pressure from the family,” she says.

After graduating, Lee plans to apply for a post-graduate work permit. She said she wants to gain experience working in finance and project management in Canada before deciding whether she will stay in Canada or return to Singapore. 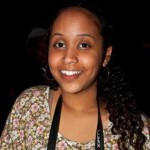