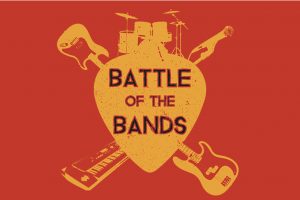 They’re competing for our hearts, a spot in the lineup at the Riverfest Elora music festival and a paid gig with the Ryerson Students’ Union in the fall.

These are the six bands performing at Battle of the Bands on March 23 at the Mattamy Athletic Centre.

The show is put on by Musicians@Ryerson. Doors open at 7:30 p.m.

THE JIMS
The Jims are an all-female alt-rock band from Toronto. Vanessa Soares, Carly Harris and Christine Kos take their friendship to a whole new level by making music together. We spoke to the band about their music. 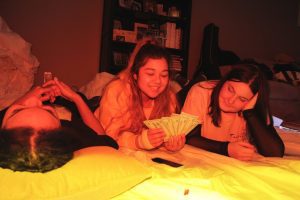 What is the dynamic of your band like?
We’ve been a band for about two years now. We are three best friends who love to hang out and make music. We get along and have really good chemistry. There aren’t many all-female bands in the local scene; we all bring different skills and strengths to the band, we work together as a team and that’s how our band has been succeeding since we started. Both on and off stage, we just have lots of fun.

How would you describe your music?
Alternative rock with pop-punk, indie-rock and emo influence. Music is a form of expression, and we have a lot of things to say. Something that makes us unique are our different personalities; we have backgrounds with different styles, likes and dislikes. We have different influences, musically and artistically. We relate in many ways but the fact that we’re all different benefits the band as a whole.

What do you want Ryerson students — and the general community, by extension — to know about your band?
We want everyone in the audience to have as much fun as we do onstage. We love performing for people and seeing people enjoy themselves. We’re gonna bring everything we’ve got and we hope we can get everyone pumped for our set!

You can catch The Jims at Battle of the Bands on March 23 or at Trapdoor Festival this May. 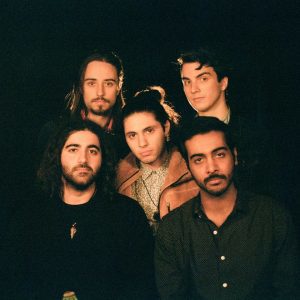 We met about three years ago at one of the Ryerson open jams. We got in contact, started doing some open mics together and thought, “We should start a band.” Now we jam in Max’s basement a lot. We’re all students, but we always set dates when we’re all free so it becomes easy to balance our music.

How would you describe your music?
We started out doing a lot of Beatles covers. It’s a fusion of a lot of stuff now — funk, rock, jazz, a little bit of Arabic music. It’s like a cocktail. A lot of bands stick to one genre but we like to mix a lot of things. When we perform onstage, we get the audience to participate a lot – get them to sing along to easy stuff. We do a lot of skits between songs or we’ll bring out a monkey mask, or something. We do a lot of crazy stuff. That’s what we like to do.

What do you want Ryerson students — and the general community, by extension — to know about your band?
We’re fun — we want the crowd to have fun. We just want people to have a good time! That’s what music is all about — it’s all about entertaining the audience and giving something to the people so that they can take it with them.

You can catch Love Wagon at Battle of the Bands on March 23. Their song “Get on the Love Wagon” is out now.

JACKPINE
Affectionately named after the trees surrounding their rehearsal cabin, Jackpine is a rock band from Waterdown, Ontario. We spoke with Ryan Gaynor, the band’s drummer and a fourth-year RTA student. 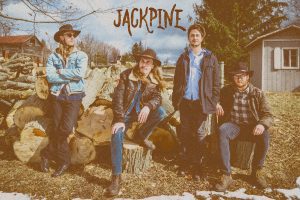 What is the dynamic of your band like?
We’ve been a band for about 5 years. We formed around the end of high school — our band was called The Lost Angelos then. I guess what kind of brought us together was our similar love for classic rock. We all come from a rural background; we actually practice in a wood cabin that is surrounded by beautiful Jackpine trees, which is how we decided on our new name. Our name change was a bit of a rebirth for the band.

How would you describe your music?
We have a lot of old-school aesthetics. Sixties and seventies rock music is what we’ve always really identified with. We write songs about the Canadian experience — we’re very proud of where we’re from and we like to represent that in our music.

What do you want Ryerson students — and the general community, by extension — to know about your band?
We want people to think we’re really genuine. And passionate, too. We play with a lot of heart and soul. Battle of the Bands is one of our favourite shows to play, and we want people to look at us and just think, “Wow, that band really gave it their all.”  And … we also smell like a bonfire, cause of the cabin we practice in. We like when people recognize our distinct, musky aroma.

You can catch Jackpine at Battle of the Bands on March 23 or at the Go North Music Festival this July.

FUNNY FUNK
Their band is huge – but so is their sound. Ten friends make up the bulk of Funny Funk, a soul/funk group based in Toronto, featuring guitar, drums, keyboard, trumpet, saxophone, french horn and vocals. We spoke to Jackson Steinwall, the lead singer and bass guitarist. 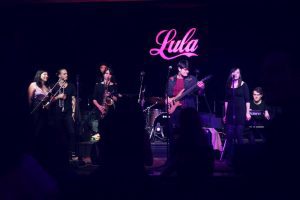 What is the dynamic of your band like?
It’s a hang. Most of us hang out very often outside the band context, these are some of my best friends and it makes it a real joy playing music together. I feel very lucky to have so many friends who are amazing musicians, and when you love everyone on stage it makes the music feel so much better. It sometimes makes rehearsal hard, because whenever we get together we just end up hanging out.

How would you describe your music?
It is a mix of soul/funk. It is very melody and harmony driven music with as much funky groove as we’re able to squeeze in.

What do you want Ryerson students — and the general community, by extension — to know about your band?
Come to our shows and talk to us. There is no us without you so come dance and hang.

You can catch Funny Funk at Battle of the Bands on March 23 and at the Supermarket in Kensington Market every month.

MAUVE GROVE
Blend elements of hip-hop, funk, jazz and rock and what you get is avant-funk band Mauve Grove. We spoke with the entire group, which features vocals by CJ Hall, Spencer Bridgwater on bass, Babak Taghinia on guitar and David Jones on drums. 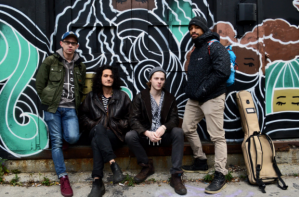 What is the dynamic of your band like?
We get along very well. We try to make sure of it. We talk and we have meetings and we have conversations. If something’s bothering us, we talk about it, like it’s very Oprah. It’s very equal partnership though … and that’s most obvious on stage when we play. A lot of the times, the material that we’re playing is often very intricate and dynamic, and a lot of time, we all like to show off in our own sort of style but not to impede on each other. We all share the spotlight equally and in that we all bring a really important aspect that literally defines the group.

How would you describe your music?
We came up with a term called ‘avant-funk’, which is sort of a spinoff of avant-garde, basically because our main underlying style of our music is funk, jazz, hip hop, meets rock, kind of thing. So we kind of took that funky aspect of it and decided to call ourselves avant-funk, because we kind of tried to do something different with funk, bring in some different styles, different takes on music. Keep it weird, keep it fresh.

What do you want Ryerson students — and the general community, by extension — to know about your band?
Come out and have a good time. We kind of take it seriously to an extent, but it’s fun music, it’s great to listen to, it’s meant for people to go out and have a good time and drink and dance to it. If you like music for the brain and the booty, we’re your band.

You can catch Mauve Grove at Battle of the Bands on March 23 and at Bovine Sex Club on March 25, where they’ll be playing alongside North by North, Neon Bloom and The Accolades.

BURN APOLLO
Riff and roll with Burn Apollo. They may be just a trio, but they produce a heavy sound. We sat down with the three-piece rock band, which is made up by Mark Parsikhian (vocals/bass), Jakob Goldstein (vocals/guitar) and Nishil Gosalia (drums/backing vocals). 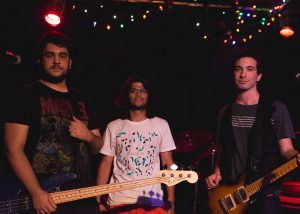 What is the dynamic of your band like?
We kind of just practice new ideas and whatever sounds good to all three of us, most of the time, it’s what we end up going with.

We put on a fun vibe when we’re on stage.

How would you describe your music?
Heavy rock … a lot of the music that [we write] is heavily influenced by Royal Blood, Queens of the Stone Age, Highly Suspect – they’re a new band from Brooklyn – modern rock bands, kind of. A bit of Zeppelin in there.

What do you want Ryerson students — and the general community, by extension — to know about your band?
At the end of the day we’re just three friends having fun and making music together … We do take it seriously but we try to not lose the fun aspect of it, because I think that’s the most important part. If you get too serious, it feels more like a chore.

You can catch Burn Apollo at Battle of the Bands on March 23 and listen to their new single “The Well” on Soundcloud and Bandcamp.