Is toking at work fine now that weed’s legal?

With one year of legal cannabis in Canada, the Ryersonian’s Sydney Perelmutter
and Sydney Wilson bust some common myths about the law’s implications

Myth #1: You can have as much as you want on your person and at home

Kind of. The Cannabis Act allows for anyone over the age of 19 to carry 30 grams on them when in public and imposes no limits to how much you can keep at home. That also means that a person can share up to 30 grams of legal cannabis with other adults.

Myth #2: You can grow as much as you want at home

Wrong. Now that cannabis is legal, you are allowed to grow, from licensed seed or seedlings, up to four cannabis plants per residence for personal use. Cannabis plants can be pretty huge though, so four plants is a lot.

Myth #3: You can smoke anywhere in public

While the rules on this one could be clearer, we’ve put together a brief list of places to stay away from when smoking weed.

Smoking is not allowed in what is referred to as “indoor common spaces,” such as university campuses or condo buildings. Closed public places, such as bus shelters or public buildings are also smoke-free. As well, public areas within 20 metres of a playground, day care or where at-home child care is provided are no-smoking zones.

It’s also illegal to smoke near places that provide health care in Ontario and you must stay nine metres from the entrance or exit of places like hospitals or restaurants if you plan to smoke or vape.

Myth #4: Edibles and oils are legal too

While hemp-derived oils that have less than 0.3 per cent THC are legal, any oils containing more than t h at amount are currently considered illegal. Right now, the only way to consume edibles legally is to make them yourself for your own consumption. While the second wave of legalization, which will legalize oils and edibles within a certain range, is expected to be implemented before the year’s end, so far DIY is key.

Myth #5: You won’t get in trouble for consuming illegally purchased cannabis

Well, not exactly. The Cannabis Act states that “no person shall purchase cannabis except from an authorized cannabis retailer.” In fact, purchasing cannabis illegally – through anyone outside of the provincially sanctioned entities such as the Ontario Cannabis Store – can result in a fine of up to $100,000 and imprisonment for up to one year. The likelihood of being caught with illicit cannabis is slim, but it’s certainly not worth the risk.

Myth #6: It can be consumed anywhere on Ryerson campus

Cannabis can be consumed on campus, just not everywhere. Ryerson’s Rules for Use on Campus prohibits smoking or vaping inside enclosed buildings — including residences — within nine metres of building entrances and exits, and within 20 metres of the Early Learning Centre. As per Ryerson’s Smoking and Vaping Policy, smoking and vaping within nine metres of loading docks, fresh air intakes and compressed gas storage areas on Ryerson property, in university-owned vehicles and on the Ryerson Quad is also prohibited.

Myth #8: It is acceptable to attend school or work high

No. Employers have the right to set rules for non-medical use of cannabis in the workplace in much the same way that employers currently set rules for use of alcohol. Many employers prohibit the use of cannabis during working hours and may also prohibit attending work while impaired. However, medical cannabis users are generally accommodated in the same way as an employer accommodates any other employee who has been prescribed medication. Some employers even drug test, so it’s best to show up to work sober. 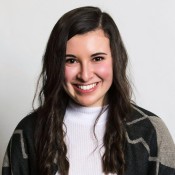 Get your vote on