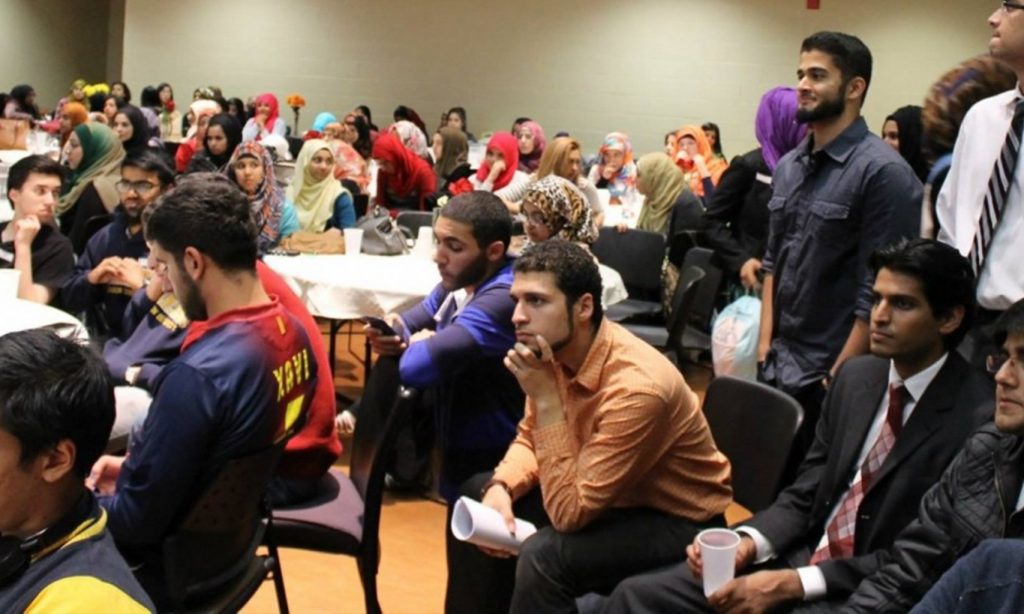 Every year, the Ryerson Muslim Students’ Association (MSA) holds their Islamic Awareness Week where individuals get more insight into the religion through “Dawah” or vocal invitations. Each day focuses on various themes including introduction to Islam, Islamic clothing, sounds of Islam and eating the Prophetic way and the response has been admirable according to one of its coordinators and hosts.

“We had two people come by who spoke to my volunteers for 45 minutes straight,” said Laeeqa Mulla, the Islamic Education Director for the MSA. “It’s a week for Muslim student organizations around the world to take hold of the narrative about Islam, especially when it’s dominated by things like terrorism in the media.”

Non-Muslims can be curious about many practices in the religion and this is what the event was designed to take care of.

“I’ve prayed in a stairwell before,” said Mulla. “People may have questions like ‘Why is she praying?’ so hopefully, through this event, they can understand that it’s a main part of Islam and I’m just practicing my religion.” 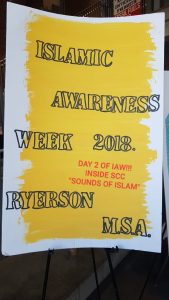 “I think that Islam is conveyed through sound. The Quran, for example, is meant to be recited; we pray the Quran in our daily prayers, and we listen to it all the time,” said Mulla, describing Tuesday’s theme of ‘Sounds of Islam.’ “It just sounds peaceful to listen to, it has a calming effect. I want people to experience that, which is why I have headphones here for people to listen to it.”

The coming days will cover other themes such as ‘People of Islam’ on Thursday (which discusses the various prophets of Islam mentioned in the Quran) and ‘Networking Night’ later that evening, wherein Muslim professionals “come out and talk about their experiences in the workplace, if they were discriminated, or if the workplace was actually lenient towards their Muslim practices” said Mulla.

“I think because we have such a big presence of Muslims at Ryerson, it’s important to learn about Islam,” said Mulla. “We are all just here to talk, you don’t have to talk to us if you don’t want to, you can just come and check out our poster boards.”

The team also has surveys which offer the chance to win chocolate as a reward for completion.

“We want to be a very friendly environment, so please don’t feel shy.”

The week will wrap up this Friday, culminating in the MSA’s march out to Yonge-Dundas Square to host the final theme, ‘Islam and Charity.’