Mazel Tov! Those words flashed across the screen as silhouette figures were tossed in the air on their white chairs. But I’m not describing a typical Jewish wedding. There’s no rabbi, no blushing bride and definitely no broken glass on the floor. Instead, I’m looking at these famous two words and the animation light up the screen of my iPhone 6 as I swipe away on the popular Jewish dating app, JSwipe. I could practically hear my grandmother sighing, “Oy vey!”

If only she knew.

Dating applications are relatively new, and apps like Tinder are leading the charge, making online dating as easy as online shopping. While Tinder takes credit for this new method of dating, its concept is as old as Moses, Abraham and Tevye from Fiddler on the Roof.

In today’s digital age, JSwipe is Tinder’s baby Jewish cousin, but its essence is as ancient as the Israelites who wandered the Sinai Desert thousands of years ago. Before Tinder, Bumble and Hinge, the OS (original swipers) were Jewish mothers. From their shtetls in Eastern Europe to their apartments in Brooklyn, New York,  they are all united in their mission to match their sons with “a nice Jewish girl.” If Yente from Fiddler on the Roof were an entrepreneur in Silicon Valley, she would have sued JSwipe for copyright infringement.

Fast forward to 2016, where most Jewish mothers have less of a say— leaving their poor schmucks for sons with the pressure of finding the perfect Jewish woman on their own, all while also making sure they please their mothers.

I always thought I was a bit different from the average Jew. It would be fair to say that Jews are often inward looking people — we take care of our own and stick together. While I was raised with traditional Jewish values of family and education, I also grew up in a liberal Jewish household where my parents encouraged me to expand my own reality and venture outside my community and comfort zone. I didn’t pursue traditional Jewish vocations of law, medicine and business; I didn’t join the Jewish fraternity in university; and I brought home a handful of shiksas (a Yiddish term for non-Jewish women) to Friday night dinners.

This is why I found myself last Saturday night sitting across from one of those potentially perfect Jewish women. We matched on JSwipe. And to my pleasant surprise, it went well. Mazel Tov is right.  The night started, of course, with a quick game of Jewish geography whereby we established how many people with whom we’re both acquainted. Which, as it turns out, is a lot. The beauty of JSwipe is that a lot of the awkward randomness is eliminated from the situation because of the sheer amount of mutual friends most people using the app share. After establishing common ground, we were in business.

By the end of the date, we were talking, joking and enjoying each other’s company without any pretense. We recognized the mutual ambitions both of us possess and discovered that our values are in sync. Most importantly, I finally found a woman who gets my Seinfeld references.

After we kissed goodnight, I thought to myself: is this love?  It might be, sure, but more importantly, what I did realize is that there’s something to be said about sharing common values. In fact, it’s our shared experiences and common upbringing that mitigated an otherwise random encounter.

Jews have been set up romantically for thousands of years, JSwipe is continuing that tradition and these days, it’s much less of a schlep. 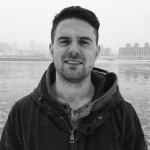 This article is boring. Your writing style isn’t very intruguing. No one cares if you went on one good date.