Behind the tall glass walls of the Ryerson Archives is a display honouring the life of a former Ryerson professor who later became one of Canada’s leading political figures: Jack Layton.

Shortly after his death in 2011, his family donated over 1,400 of his books to Ryerson. Approximately 500 are circulating around the library, while the rest can be found in the archives.

“Jack loved his time here at Ryerson,” said his widow, Olivia Chow, when she visited the school to promote her book. “He always believed in sharing. That’s why all his books came to Ryerson.”

The book collection speaks to the “strong bond and connection” Layton always felt towards the school, said Myer Siemiatycki, a politics professor and the Jack Layton chair.
Layton started teaching politics at Ryerson in 1974 and continued into the mid-1980s.Siemiatycki says Layton was “tremendously popular with his students” for having a hands-on approach to teaching and for taking his students to watch city council meetings.

The Layton display contains, along with his books, personal photographs and political memorabilia he collected. Some of the books, ranging from old and rugged to those in pristine condition, are marked up inside with underlines, highlights, and personal notes in the margins.

Academic books on political theory, environmental issues, urban planning, and Canadian politics make up a majority of the collection.

There are others, however, that stand out, like Edward II, a Christopher Marlowe play Layton held onto from his days as a student at McGill University.

When the school received the impressive collection, Siemiatycki says it was a resource he wanted to take advantage of. In March 2013, he launched The Jack Layton Book Club.
He said the club is a great way to drill down into “some of the formative ideas that may have influenced Jack” in this political career.

Unlike the usual book club, people aren’t expected to have read the book.

Every session is hosted by a different faculty member at Ryerson who talks about one of the books in the collection, its themes and how those ideas could have influenced Layton’s career.

“What is the just, good society?” is a common question at the heart of many of Layton’s books, Siemiatycki said. He said he believes that Layton’s career is the “applied effort” to answer that question. Layton was well known for tackling issues like homelessness, violence against women, poverty, and the environment.

There will be three book club sessions this semester, starting on March 18 with guest speaker Cathy Crowe, Ryerson’s distinguished visiting practitioner and a mentee of Layton’s, talking about his book Homelessness.

The book club is a way for Ryerson “to stay connected to the ideas and values that matter to Jack,” said Siemiatycki. “I hope Ryerson students especially, continue to be inspired by (him).” 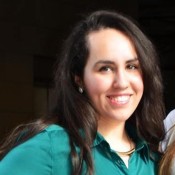