Over 40 applications and four job interviews later, third-year chemical engineering student, Aleks Krunic is still at risk of falling behind another year.

Enrolled in one of Ryerson’s oldest co-operative education programs, Krunic thought going into chemical engineering would give him a head start in the “real-world” after graduation. But what he didn’t expect was the stiff job market even for co-op placements. 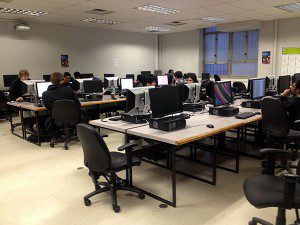 “We have no control over the job hunt as students. It’s definitely a lot of luck, not just hard work,” Krunic said, recalling a friend who applied to over 50 positions, but ended up with no job.  “It’s all luck.”

The purpose of co-op programs is to integrate academics with career-related experience in relevant professional work placements. The curricula for these programs involve alternating paid full-time work semesters with academic study semesters, usually beginning after the students’ second year. With these work terms, co-op programs, like chemical engineering, are often lengthened to five-year studies.

Despite these benefits of co-op, what many people don’t know is the immense pressure for students to find a co-op placement. In chemical engineering, students must fulfill a minimum of 16 months of co-op, or 12 months with an additional course.

“They expect us to study, do assignments, research and apply – while most students are just studying,” said Krunic.

To help students find jobs, Ryerson offers PlacePro, an online job board with postings relative to their program. Companies from related industries provide job postings to the Office of Co-Operative Education at Ryerson and students are able to apply to these jobs on PlacePro.

However, according to several students The Ryersonian has spoken with, PlacePro is not the most reliable platform for the co-op job hunt. Most of the job opportunities on PlacePro are not exclusive to Ryerson students, and some are links to other external postings on websites like Indeed.

Students like Krunic hoped that Ryerson had more connections to industry professionals when their first co-op search began.

Due to the competition and lack of success on PlacePro, students have been turning to other resources to find a placement.

Eileen Mendoza found her position through a method many students don’t even consider – cold-calls.

In her second-year of chemical engineering, Mendoza was determined to secure her first placement early. She applied to more than 50 jobs on PlacePro, but heard back from none. Time was running out. 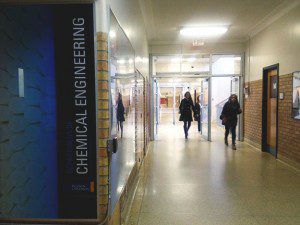 Discouraged, she decided to look at other job boards and attend job fairs. But for Mendoza, the key to her success was through networking.

“First I did PlacePro, then I started looking on other job boards and then the last thing was really what worked well for me – and it was just talking to people,” Mendoza said.

Mendoza attended a networking event where she met a graduate who recommended she “go simply cold-call someone.”

Afterwards, she researched cold-called companies both small and big across Canada. Mendoza eventually cold-called a Calgary-based company that never heard of co-operative education before – by the time she finished explaining, the company began planning their first ever co-op program, just for her.

When Mendoza realized that she would not win the luck of the draw from PlacePro, she knew she needed to do something different. She talked with the human resources manager of a company and made a job for herself.

The increasing competition for jobs has even been recognized by the department of chemical engineering with the current proposal to change the structure of the program at Ryerson.

In fall 2016, the chemical engineering program will be split into two: a continuation of the five-year co-op program and a four-year academic –only program. The department has decided on the split because of many considerations, but a large reason being the difficulty in finding enough placements for all students.

“It’s not possible for all the semesters,” said Ginette Turcotte, chair of the department of chemical engineering. “This is going to reduce the number of students that are actually in co-op, because right now, it’s difficult to find jobs for all of our students.”

Students who enter the program in fall 2015 will have the chance to switch into the four-year program once it is implemented. But for many like Krunic, the option will be available too late. 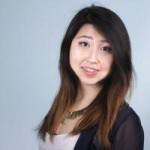