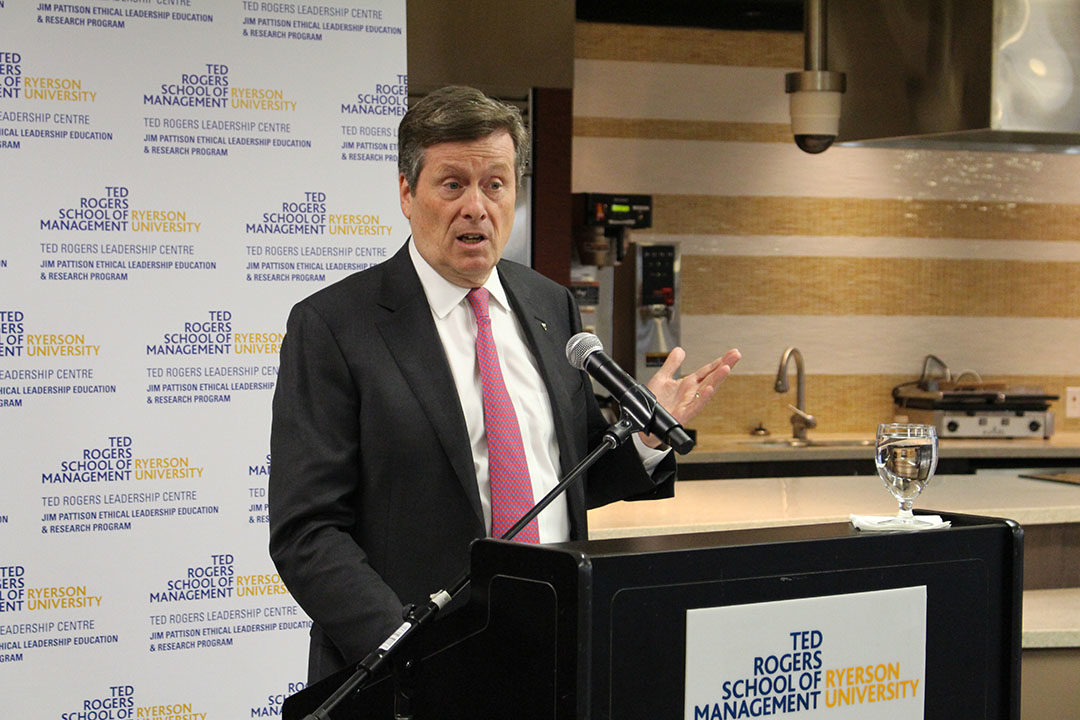 Toronto Mayor John Tory stopped by Ryerson on Wednesday to deliver a keynote speech at a conference on urban development.

The conference – called Working Together in the Public Interest: Private-Public Partnerships and City-Building – was held at the Ted Rogers School of Management and hosted a series of panels with experts discussing topics related to city development and the partnerships between the private and public sectors.

Tory opened the event with his remarks, during which he outlined the importance of private business investment into city projects in the continued effort to build Toronto as a world-class city.

“We have to look at different ways of doing things,” Tory said. “People are looking from around the world, and they’re looking at how we live together here, and they’re seeing it as a model.”

He told the room of business professionals and students how several city development projects have gone over budget and deadline, sometimes due to a “historical fear of private sector involvement (in government projects).”

“Properly managed and overseen, I don’t think (partnering with the private-sector) is a scary thing,” Tory said.

Tory cited several examples of development projects that have involved both the public and private sectors, including affordable housing projects, which he said “is not just a social issue, but a profoundly important economic issue,” to move people closer to available jobs in the city.

He also spoke about the project to revitalize the area under the Gardiner Expressway as a glowing example of successful partnership, where a Toronto family brought forward the design idea and donated $25 million of their family money to kick-start the project.

Ryerson collaborates with NXNE this summer