In June 2013, Sam Rashid was presented with a degree from Ryerson University. But long before his hands held that rolled-up certificate, they held an electric guitar.

“Since I was young, I wanted to be a rock star,” confesses Rashid. “But it seemed ridiculous to pursue music as a profession.”

At least that’s what Rashid thought when he started applying to universities.

Rashid was accepted to every place he applied: kinesiology at York University, anthropology at the University of Toronto, journalism at Carleton University, and graphic communications management at Ryerson — but the Ryerson journalism program kept him waiting down to the wire.

“I got my letter from journalism (at Ryerson) and for the first time, (I was) genuinely excited about post-secondary school,” he says.

Rock star status would have to wait. But Rashid’s reason for taking journalism was still rooted in that dream.

“I wanted to be involved in the music industry as a musician, but I knew that I needed a more concrete and stable way of being involved,” says Rashid. “It gave me a chance to be involved in music and get a really valuable and practical education at the same time.”

Throughout his university career, Rashid stuck with music. He shadowed “Fearless Fred” Kennedy from rock radio station 102.1 the Edge in first year, worked for music websites Vandala Concepts and Sock Monkey Sound in his middle years and landed an internship at the National Post’s arts and life sections in his final year.

Rashid wanted more of that rush.

“I went home, took off my bloodstained white shirt, picked up my guitar and started practising,” he says.

“I just wanted to have that much fun every night.”

Fast forward to February 2013. Rashid’s friends in Hamilton-based band Pet Sun had just released a demo album and needed some help to break into the music scene. Rashid used the skills he learned in journalism school to promote the band and book them as many shows as possible.

The following spring, Rashid was welcomed into Pet Sun as their guitarist — and by June, the band was playing shows all over Ontario.

“Sometimes I’m like, ‘ah, I’m not even using my degree.’ But then I remember that the band wouldn’t be where it is today without the promo work (I did) for the band,” Rashid says. “My skills, work ethic and connections were all made at Ryerson.”

While in journalism, Rashid considered himself a music journalist. Today, he says he’s “a musician/rock star by night. PR/journalist by day.”

Rashid says his mentor, Fearless Fred, is to thank for those dynamic titles. “He really encouraged me to follow my dreams with music, but also encouraged me to have a back-up plan of financially supporting myself along the way.”

Rashid has picked up various part-time jobs to sustain himself while in the band. He’s been a beer server for Maple Leaf Sports and Entertainment, a bartender at a yacht club and has gone door-to-door for the Canadian Red Cross.

“I’d still be happy in a journalism job, if not in music,” says Rashid. “My ultimate goal is to have a career where it doesn’t feel like work.”

Pet Sun released its first EP in October. They’ve signed with Sleepless Records, played countless Toronto venues and went to New York City for the CMJ Music Marathon. They were even featured in NME Magazine. The band plans to tour the U.S. early next year.

Though Rashid doesn’t know exactly what’s in store for his professional future, he’s sure of one thing. 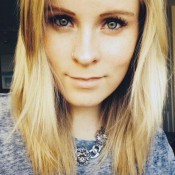 A letter from winter: Let it Go