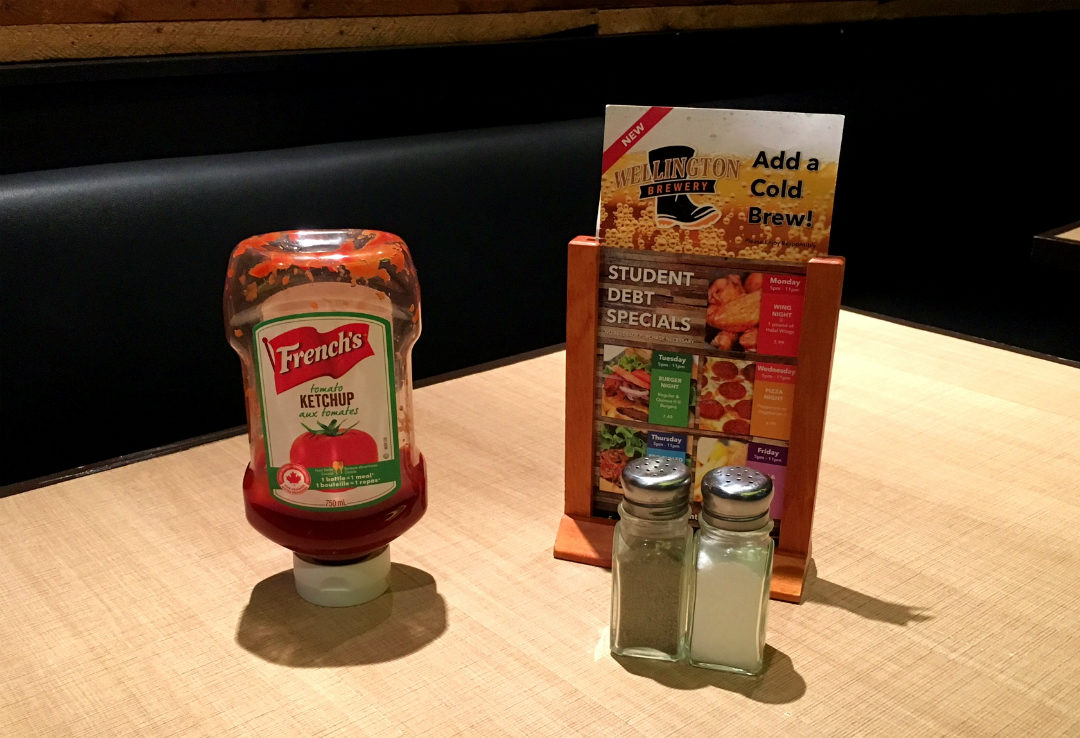 As French’s ketchup continues to sell out in Ontario grocery stores, Ryerson’s student-owned restaurants are making the switch from Heinz.

The decision to switch brands at the Ram in the Rye and Oakham Café was made in mid-March. The student pub is already serving some French’s bottles.

For the past seven years that Knapp has worked for the RSC, the restaurants have always served Heinz.

He said he hopes the restaurants will be exclusively serving French’s within the next week.

The fact that French’s uses tomatoes from locally sourced, Ontario farmers, was an important factor that influenced the RSC’s decision.

Brent Barr, an instructor at the Ted Rogers School of Retail Management, said businesses often switch suppliers as a result of manufacturing standards not being met and competitive prices.

“In this case, the restaurants saw an opportunity to bring in a Canadian-made product,” Barr said.

Brian Fernandez started the condiment controversy by writing a Facebook post in  February about his family’s decision to switch to French’s Canadian-made ketchup.

At the time of publication, the post has been shared by more than 133,300 users.

In his post, Fernandez said Heinz closed its Canadian plant in Leamington, Ont., to make ketchup in the United States.

“All the farmers in the area took a big hit, not to mention the workers,” Knapp said. “I think 750 people were laid off immediately in Leamington, and it’s a city of only 12,000 people.”

Fernandez said that was when popular condiment brand French’s “stepped in” and decided to start making ketchup with tomatoes from Leamington farmers.

Knapp grew up around Leamington and was a key player in the decision to switch RSC restaurant ketchup brands.

“We all want to see Ontario labour being supported by companies like French’s,” Knapp said.

French’s is now working on negotiations to expand its food service business to Canada.

Barr said this will have a huge impact on Leamington’s economy because of the job opportunities. However, he says that the overall impact on the Canadian economy will be minor.

According to Knapp, the price difference between French’s and Heinz is “negligible.” French’s is about $0.10 more expensive.

The student pub and café will both begin serving French’s exclusively when their supply of Heinz runs out.

RyersonianTV conducted a ketchup taste test at Ryerson last week to see whether students preferred Heinz or French’s. The video results were even: 13-13.