Anatoliy Gruzd is the director of Ryerson’s new Social Media Lab and an associate professor at the Ted Rogers School of Management. (Laura Calabrese/Ryersonian Staff)

A Social Media Lab that will help students develop research techniques and professional skills is now open at Ryerson.

The lab’s director Anatoliy Gruzd said students — as users of Facebook, Twitter, Instagram and Snapchat in their private lives — can recommend hypotheses, and then generate tests that researchers less familiar with these platforms may have missed or overlooked.

“There’s a difference between teaching labs versus research labs. The lab that I would like to establish here is research driven, but where the research has practical implications in the industry,” said he said.

Gruzd is also an associate professor at the Ted Rogers School of Management.

The university is already home to a number of laboratories and centres, including the Digital Media Zone, which are dedicated to research. Ryerson has also collaborated with industry leaders such as Google, IBM and Alico.

For these reasons, Gruzd said Ryerson is the perfect place to set up a research lab.

“Having all these centres and institutes already in place at Ryerson makes it a very attractive place for researchers like myself to come to campus and be a part of this growing community that connects with industry partners here in Toronto,” he said.

In 2010, Gruzd helped establish a social media lab at Dalhousie University. That lab, complete with a 96-inch multi-touch video wall called the “magic wall,” is a state-of-the-art space for researchers and students.

This year, he was hired by Ryerson and began teaching in September.

Gruzd’s research looks at how online communities operate, and what makes one group more successful than another.

He gives the example of a book club that meets online. Instead of having 12 people meet face-to-face, now 12,000 people can actively discuss a book using Twitter. His research found that by the time people finished discussing a book, they were able to feel a sense of community and recognize other members of their community.

In Nova Scotia, over 40 students work on their master’s or doctorate theses, projects or as a part of an undergraduate internship in the lab. Gruzd said that without the students, the lab could not have existed.

“Students bring their own unique perspectives to the lab, their own experience,” said Gruzd. “They are often active users of social media and will be able to pinpoint interesting trends and interesting observations that are happening in the space.”

But Ryerson’s involvement with digital and new media research doesn’t stop there.

This weekend, the school is hosting the fifth Social Media and Society Conference, an annual gathering of leading social media researchers from around the world.

The conference runs until Sunday. 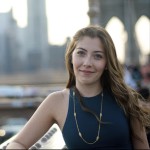