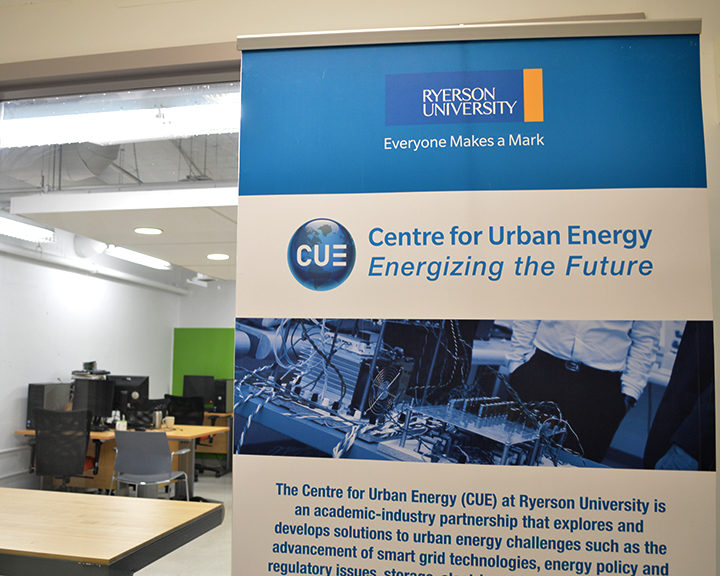 The agreements with Tata Power-DDL (Tata) and Tech Mahindra were finalized last week in New Delhi and Mumbai. They aim to support research focused on renewable energy generation and energy storage in India.

The agreements will explore the development of microgrids, which are local power systems that will separate the current macrogrid system in India. Implementing microgrids will help stop the regularly-occurring power outages.

“Microgrids improve reliability of supply for customers, so even if there’s an interruption in the grid line, if you have a microgrid installed your power won’t go down,” said Bob Singh, IESO Distinguished Research Fellow, CUE. “India has lots of solar potential, meaning a strong potential for microgrid development and we’re the centre here providing the smarts and controls for the development.

The first agreement with Tata focuses on collaboratively advancing energy innovation, mainly with renewable energy. They will determine the potential of using microgrids in India and Ontario’s successful practices for integrating variable renewable energy, made up of fluctuating energy sources such as solar and wind.

Tech Mahindra not only finalized Ryerson’s second agreement, but also committed to giving Ryerson $2 million to support research initiatives at CUE. Lachemi said they are still negotiating the specifics of the contract.

“Tata and Tech Mahindra reflect the importance of working collaboratively to promote energy innovation and demonstrate the growing opportunities between India and Canada,” said Lachemi in a press release.

These agreements took part during Ontario Premier Kathleen Wynne’s 10-day trade mission to India. The overall goal of the mission was to strengthen the relationship between Ontario and India through discussion focused on infrastructure development and sustainable technology.

Ryerson also saw success with BIL-Ryerson DMZ India, Ryerson’s India-based incubator. Since its establishment in 2014, DMZ has created 419 jobs and 118 student internships. The DMZ is currently full with 65 startups, but Lachemi said the incubator will now expand by 30 per cent.

Todd Carmichael, Ryerson’s International Partnership and Project Coordinator, joined Wynne and Lachemi on the mission. “Both companies (Tata Power-DLL and Tech Mahindra) are well-known and respected,” he said. “It’s a huge success just in terms of raising our profile in India and being able to work with these companies.”