The Ryerson Students’ Union’s practice of stating that Ryerson campus sits on Mississauga-New Credit First Nations land before every meeting was disputed at their annual general meeting.

However, the motion to end the tradition of land acknowledgement was defeated at the April 1 meeting.

Bryan Stuart, who brought the motion forward, was not in attendance.

But one Ryerson student supporting the motion spoke in support of the move.

He told members that he agreed the first nations group signed a treaty paying $145 million land settlement claim. He said since the land was ceded the comment “no longer need to be made that Ryerson is on Mississauga-New Credit land.”

But RSU president Rajean Hoilett said the practice of the land acknowledgement at RSU meetings came from the student union’s partnership in working with aboriginal groups. He spoke against the motion and said the RSU should be “supporting and building relationships with aboriginal community.”  The motion goes against that, he said.

RSU vice president education Jesse Root also chimed in, telling members that the acknowledgement of the land is not for settlers to decide. He said that it’s standard colonial practice to refer to the land as that of Mississauga-New Credit.

“For us to even consider voting ‘yes’ on this is offensive,” said Root.

But an aboriginal student in support of the motion to say he was “deeply offended” by Root’s comments. He also said there have been many First Nations groups in the area, so acknowledgement of it only as Mississaugua-New Credit land is false. He then moved to send the original motion to the board of directors meeting where the wording could be examined for historical accuracy and comment from indigenous campus groups, before being voted on.

That motion was defeated, with several students saying deferral would be disrespectful as students come to public meetings to debate and discuss motions.

After some debate, the motion to end the practice of acknowledgement of aboriginal land was defeated.

Members voted on two other items at the meeting, including pushing for an equal number of male, female and all-gender bathrooms on Ryerson campus (passed) and supporting the Tamil struggle on campus (passed). A motion calling for the end of 8 a.m. exams was not voted on as the RSU does not have voting power to eliminate 8 a.m. exams. The meeting lost quorum before the last motion, calling for a more detailed funding request process for student groups, was voted on. 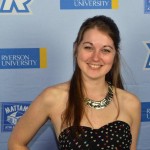