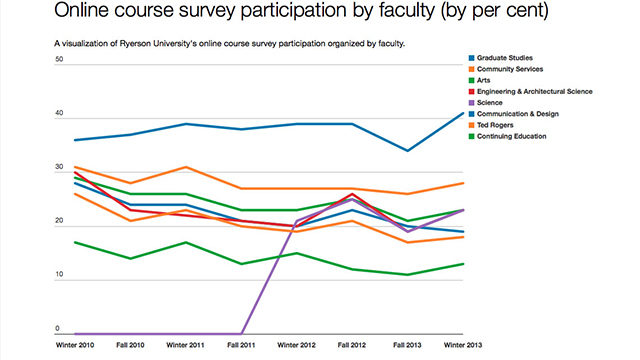 When Ryerson debuted its online survey in the fall of 2007, 38 per cent of students opted to complete evaluations on the Internet.

The survey allowed students to numerically answer questions about the effectiveness of instructors and their courses.

Since then, participation rates have steadily declined, with only 22 per cent of students using the online surveys last semester. These response rates tend to be higher for those evaluating instructors on paper, with paper rates typically averaging around 50 per cent.

This difference in participation rates is consistent throughout North American universities still offering both survey mediums, according to a report by University of Toronto researchers Pamela Gravestock and Emily Gregor-Greenleaf.

They say, however, conducting some evaluations online and some in class, as Ryerson does, is “not advisable.”

Though there can be many reasons for the decrease in students opting to use the online survey method, the disparity in participation rates may occur simply because of time, suggests Ryerson Students’ Union vice-president education Roshelle Lawrence. “Students typically don’t like to go out of their way to do something, or they might not remember to do so,” she said.

“There are students that do remember to do stuff like that, but a lot of students have a lot of different stuff on their mind.”

Being in a class when a paper evaluation is handed out boosts participation, she said, because of the situation’s immediacy.

“I know from personal experience, the (facilitators) would come into my classes and I’d be like, ‘Well, I’m here so I might as well fill it out,’” she said.

Despite the difference in paper versus online scores, surveys are still a valuable resource for Ryerson, insists vice-provost of faculty affairs John Isbister.

“(Instructors) get unbiased feedback on their teaching and it helps them improve,” he said. “They want to be good teachers. It’s not a matter of indifference to them.” 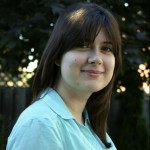 Stuck on studying? Help is just a click away.