written by Christina Dun March 12, 2014
Ryerson University has revealed its budget for the 2014-2015 fiscal year is facing another three per cent cut, continuing the trend of slashes the university has faced for the past two years.
At a town hall meeting on Wednesday, Ryerson president Sheldon Levy and Mohamed Lachemi, provost and vice-president academic, told a small gathering of media, administration and faculty members that the slashes in cash, resulting largely from government constraints, will affect all departments across campus.
Lachemi, who discussed the university’s budget concerns and priorities for the next fiscal year, said that a cap on tuition fee increases and a one per cent drop in government grants are two major factors pressuring the university to scale back its overall operating budget.
The official budget is still in the planning stages and won’t be approved by the Board of Governors until April.
Check out the live blog below: 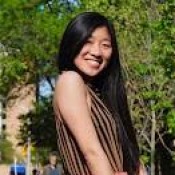 Full house: Rams get A+ in marketing