Reporter Bethany Van Lingen squeezed into the crowd at Olivia Chow’s first campaign rally to get you the details about Chow’s campaign and her jibes at top competitors Rob Ford and John Tory. The Rally for a Better City, at The Westin Prince Toronto in North York, was held from 1 to 2 p.m. on Sunday, March 16. The previous Tuesday, Chow resigned her seat as member of provincial parliament for Trinity-Spadina and entered the mayoral race. With her bid in, many are saying the field is set in the battle to be Toronto’s next mayor.

Check out the live blog from the rally below: 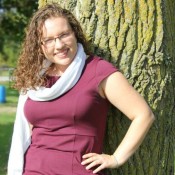