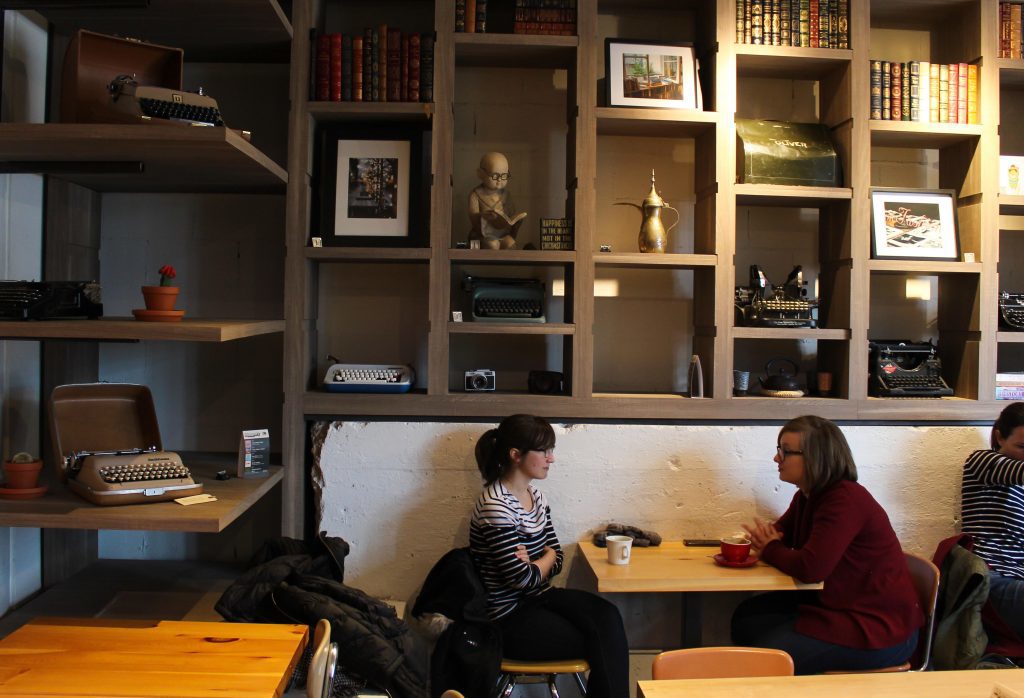 When Page One cafe first opened its doors about a year ago, co-owner Firas Arafat wasn’t sure what to expect. Now, with their first anniversary coming up, business is booming and Arafat points to the loyalty of Ryerson students for their growing success.

“We actually didn’t know who the majority of our customers would be,” says Arafat. “But we have found that Ryerson students are our best customers. I really like having them here, they create a nice atmosphere, they’re respectful.”

Located on Mutual Street just south of Gould Street, Page One has given Ryerson students a different option for their morning coffee run. The cafe offers some more dietary food choices with its gluten/dairy free menu items, which includes soups, salads and baked goods.

Arafat opened the cafe with co-owner and partner Jennifer Reynolds, after finding that the neighbourhood didn’t have a hangout spot where they would want to go. Sure, there’s Balzac’s or Imperial Pub, but they envisioned a place that sold quality espresso, as well as craft beers and cocktails.

“We just felt that there was a major need for something here — like there’s no other place to hangout,” says Arafat.

The cafe has a relaxed vibe for students to study and hangout. Decorated with old-fashioned typewriters and tiny succulents, they play up the urban loft vibe inside the ex-warehouse Merchandise Building. Page One’s atmosphere transitions from a coffee date to cocktail hour. 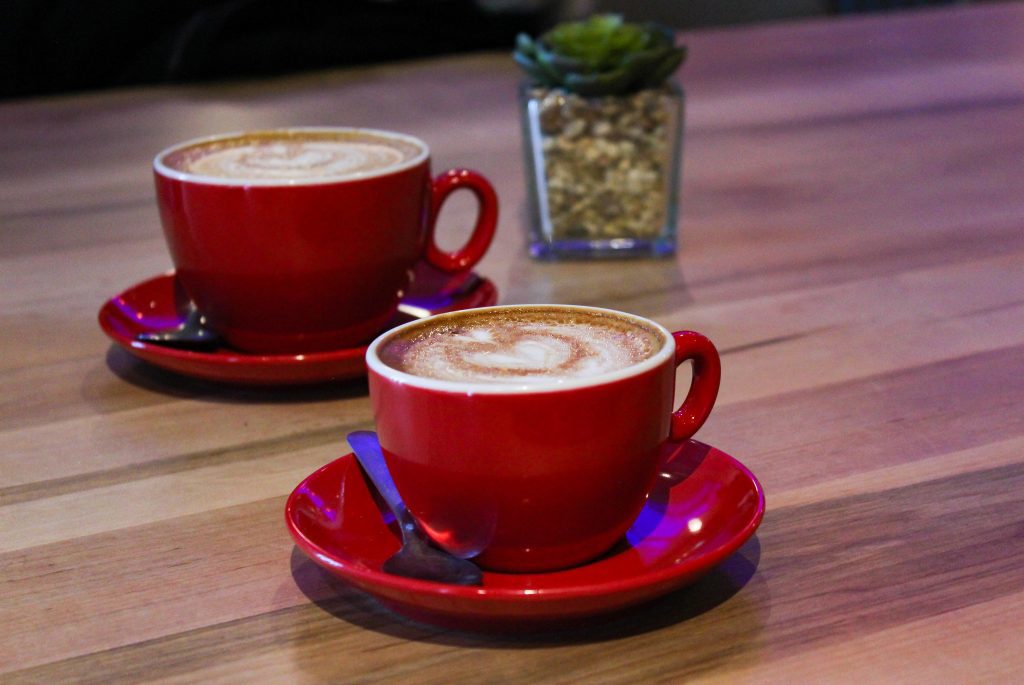 It serves alcoholic drinks, including cocktails and craft beers, in the evenings. The cocktail list includes classics such as whiskey sours and more unique drinks like earl grey martinis. In the works is a new cocktail menu that uses their coffee.

“We’re going to be working on a special menu that capture both worlds,” says Arafat. “We have this unique hybrid model and we really have amazing, excellent coffee and we actually created multiple cocktails that include both alcohol and coffee.”

One of these cocktails is a latte made with Kahlua, vodka and cocoa powder, known as the “Writer’s Block.” The menu is still being developed, but will be available soon.

Arafat says the cafe is ready to host more events. On March 1, the cafe will have a birthday celebration. In the past, they’ve hosted DJ dance nights and are hoping to make this a monthly event. Also, they’re planning to host comedy nights. For these events, they want to reach out to Ryerson performers.

“We want to utilize the Ryerson community,” says Arafat. “There’s tons of talent and we have musicians from Ryerson who have approached us asking for an open mic night, so that’s in the plans right now.”