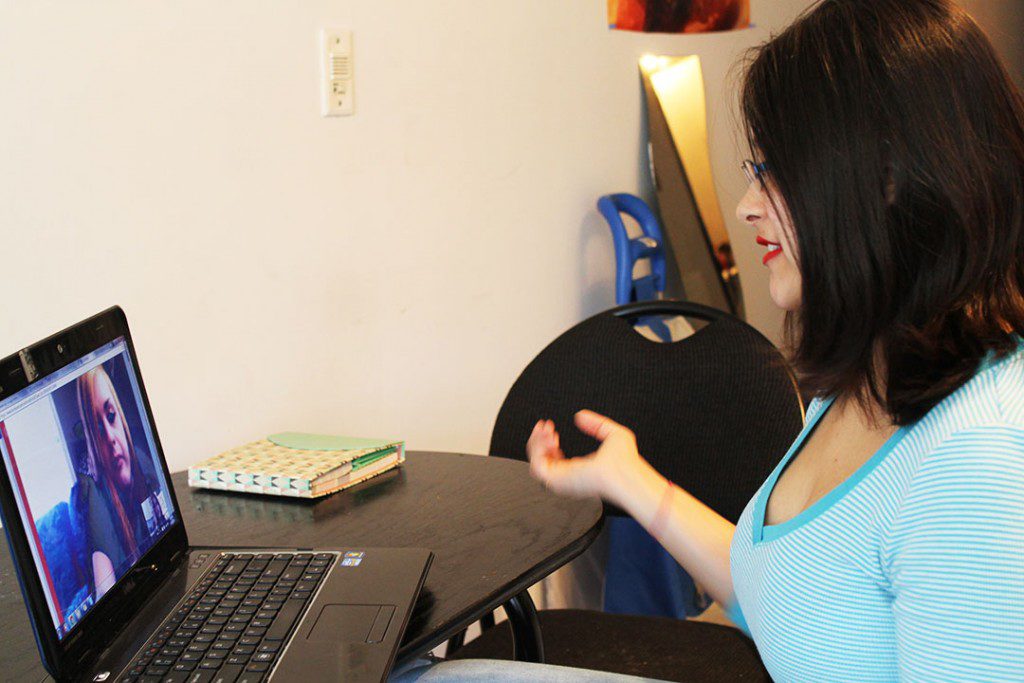 Kelsey Rambaran having a Skype date with her girlfriend Jasmine. (M. Forbes/Ryersonian Staff)

Too few people truly understand what it means to be transgender. The trans community is severely misunderstood and people aren’t trying hard enough to educate themselves on the issues.

I can say that I didn’t know what being trans meant, or that it even existed, until I started meeting people who are transgender.

While my knowledge of the trans world still needs to grow, it has come a long way since I started dating my girlfriend Jasmine, who identifies as a transgender woman.

Jasmine and I have been together for seven months now, and in that time, I have learned a lot about the trans community and what it means to be a transgender person.

For those who don’t know, being transgender means that you were born in the wrong body.

So in Jasmine’s case, at birth she was pronounced male, but she identifies as female.

Before I can get into what it’s like to be in a relationship with a transgender woman, I need to first outline the struggles she had before we met.

Jasmine didn’t find out what transgender was until she was 10. Despite always having the nagging feeling that something was off, she said that she never really knew why until 2013, when she dated another trans person and it finally clicked.

In 2014, she started seeing her psychologist, who diagnosed her with gender dysphoria in August 2015. That’s where I come into the story.

We spent the summer as friends and gradually started developing feelings. I made the first move. At first, she was hesitant and told me that she had a lot going on and didn’t want to drag me into it.

I told her that if I wasn’t willing to work through all those things with her, I never would have asked in the first place. That was all the convincing it took. On Aug. 12, she took the next step and asked me to be her girlfriend. 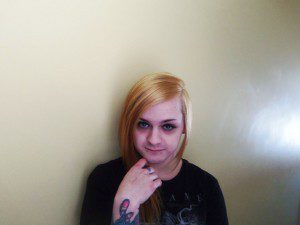 Over the past seven months, we have had numerous ups and downs, some typical of any relationship and others specific to Jasmine being transgender.

While frustrating, it’s helped me become a more patient person and has really helped enlighten me on a lot of issues that the trans community faces.

For the majority of our time together, I’ve been in Toronto and she has been living in our hometown of Miramichi, N.B.

While talking on Facebook and having Skype dates may help, nothing beats actually being with her in person.

When I finally get to see her during breaks, it makes me appreciate her more and I cherish the time we spend together.

Jasmine and I are both from a small town where a lot of people have a hard time with gay and lesbian relationships, let alone a transgender relationship.

We are used to lots of stares because not only are we a lesbian couple, but we also have tattoos, she has piercings — and, at diff-
erent points in our lives, we’ve both had coloured hair.

But that doesn’t really bother me. What bothers me is how my parents are concerned about what other people think of them for having a daughter who is not straight.

Recently, I told my dad that Jasmine and I plan to move in together. His first reaction was that he needed to talk to my mom about it because he doesn’t think she’s the right person for me.

It’s difficult to learn that your parents aren’t who you thought they were. Ever since I came out to them in high school, I always thought they were open people who would always accept whoever I loved. But this whole experience is showing me something completely different.

As awful as it is to hear that your parents don’t approve of your relationship, it’s not something I have control over.

I love Jasmine, so they will either have to learn to like her or have to tolerate that we are in a relationship.

Not only has it been awkward to be in a relationship with a transgender person in a small town, it has also been frustrating for the both of us when it comes to waiting.

“I don’t know what lies ahead for us, but I am looking forward to all of the firsts that I get to share with her.”

Jasmine told me that the worst part about being transgender is the waiting period.

Before anything can happen, a psychologist has to give you a diagnosis of gender dysphoria. Once the diagnosis is made, the person has to be put on hormones for at least a year before they can begin surgeries.

For a transgender woman who is transitioning, that often means taking estrogen and anti-androgens, otherwise known as testosterone inhibitors.

In Canada, we are very fortunate to have a good system where the majority of provinces — minus New Brunswick and Nova Scotia — cover the costs of sex-reassignment surgery because it has been deemed a medically necessary procedure. The only surgery not covered is facial feminization surgery, as it’s considered a cosmetic procedure.

Despite having been diagnosed seven months ago, Jasmine is still waiting to start hormonal therapy. But because she lives in New Brunswick, it’s been a frustrating process.

The closest endocrinology clinic to her is in Moncton, N.B., which is an hour and a half away. I think she will start to feel much better about her body once it starts to change in response to the estrogen.

“When she smiles, it seems like every bad moment vanishes…”

It’s not something I would think would be a trigger, but it can be, depending on how she’s feeling about her body that day.

It’s hard for me to see her upset, because by just looking at her, anybody can tell that she was never meant to be called a boy.

But when she looks at herself in the mirror, she sees the things that constantly remind her that she’s trapped in a male body.

Some days calling her beautiful or gorgeous doesn’t work. But other times, when she smiles, it seems like every bad moment vanishes because I can picture how happy she will be when she is finally in the right body.

I don’t know what lies ahead for us, but I am looking forward to all of the firsts that I get to share with her.

While I know there are still many obstacles we have to overcome before we can get to those moments, I’m willing to take them all on by her side.

I can’t wait to spend a long, happy life with someone who may one day be my wife.