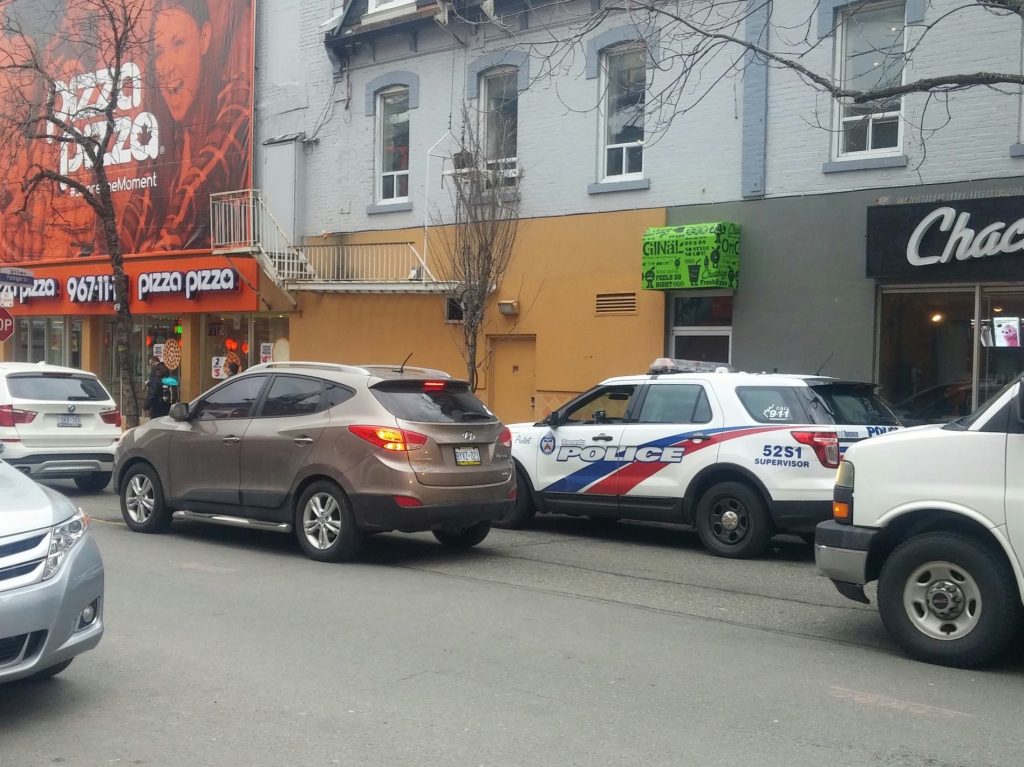 A police car in front of Pizza Pizza in the aftermath of the attack. (Justin Bellmore/Ryersonian Staff)

Three men fled the scene after a man they chased into a local Pizza Pizza pulled the fire alarm at around 3 p.m. on Monday.

According to one of three employees working at the time, who said she prefers to remain anonymous, the victim flew in through the door, jumped the counter and raced past kitchen staff to escape the attackers.

“One was carrying a knife,” she said.

In the pursuit, the victim allegedly fell down a flight of stairs and pulled the fire alarm. He sustained minor back and leg injuries as a result.

The restaurant is at the corner of Elm and Yonge Streets, across from Ryerson University’s Student Learning Centre. The victim was not a Ryerson community member.

Two firetrucks and six police cars responded to the scene. Toronto Police Services and the Toronto Fire Department declined to comment on the matter.