A diamond ring, a white dress and a graduate degree are all at the top of my wish list—but not in that order. Like many young Canadian women, I’ve decided to get an education before I get hitched, and according to economist Marina Adshade, my dreams are ruining the marriage prospects of women who don’t go to university.

Last week, in an op-ed for the Globe and Mail, Adshade wrote that the growing number of graduating women “has worked to disenfranchise less-educated women from the marriage market excluding them, and their children, from the economic privileges that go hand in hand with marriage.”

How do more university diplomas lead to fewer wedding ceremonies?

Adshade argues that a gender imbalance at universities means educated women will be forced to “marry down” because there won’t be enough men with the same schooling to go around. She says this will cause a “shortage of men who have the means to support a family” for women who stopped studying after Grade 12.

She’s right about some things. More women are heading to university than men. Women are more likely to marry men with the same level of education. And often, a higher education means a greater salary.

But there are a number of things that Adshade gets wrong, too.

Less-educated women shouldn’t necessarily rely on men as primary breadwinners. Yet Adshade suggests women are helpless by casting husbands in the role of “knight in shining armor.” This isn’t a fairy tale; women shouldn’t be waiting for a prince to materialize. Women can manage their own money.

Adshade frames the success of some women as detrimental to others. But it’s not all cupcakes and rainbows for studious women, either. A new report from CIBC notes that while more women are attending university, they tend to study in lower paying fields. This may contribute to why women still earn only 78 cents for every dollar that men do.

Wannabe brides need not fear a scarcity of eligible husbands. Adshade incorrectly assumes that less-educated men don’t make money. Men who haven’t finished Grade 9 have an average annual salary of $40,400 according to Statistics Canada. Women with a post-secondary certificate make $41,100. That means men without a high school diploma are as capable of supporting a family as women who have gone to university.

Some would argue that $40,400 isn’t enough if you’ve got a mortgage and kids. But in the future, men who stay out of school may be making even more money. University degrees are becoming a dime a dozen while trade jobs are becoming harder to fill. Less-educated men, who monopolize the trades, are likely to see their wages increase along with the demand for labour.

Education and marriage do influence income. But marriage shouldn’t be a woman’s ticket to financial freedom. There’s one thing I would encourage every woman to add to her wish list: a lucrative job. These days, work is more difficult to find than a husband, regardless of your education. 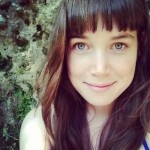 Speak up about sexual violence