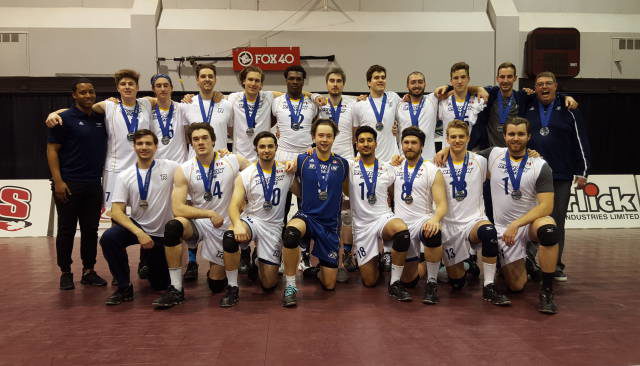 While Ryerson was not able to bring the gold medals back home to Toronto, the team still greatly overachieved on the season, winning silver and cementing itself a berth in the Canadian Interuniversity Sport (CIS) National Championships next weekend in Hamilton due to its second-place finish.

The first set was extremely competitive, as the two teams were tied at 21-21 late in the set. The Marauders were able to rally behind the home crowd and took the set by a score of 25-22.

Midway through the second the score was tied 13-13. The Marauders then began to take control, taking seven of the next eight points. The Rams battled back, but ultimately lost the set 25-21.

With the third set about to begin, the momentum seemed to weigh heavily in favour of the Marauders. The hosts took an early lead, but the Rams would not go down easily.

The Rams were able to claw their way back into the game, eventually taking a 16-15 lead. This lead did not last long as the Marauders once again began to take over the game.

The final score in the third set was 25-22 in favour of McMaster, winning the game and ultimately the OUA men’s volleyball gold medal.

McMaster University will be playing host to the CIS National Championships March 10-12.