The online version of this article corrects the title of the song in paragraph six. This article was published in the print edition of the Ryersonian on Feb. 10, 2016.

A group of Ryerson media production students hopes to take music “beyond sound” with their interactive gallery called Murmurs.

The fourth-year thesis project is an exhibit to be held at The Great Hall on Queen Street West on Feb. 11. It will host over 15 artists from both Ryerson and Toronto’s visual art community. The exhibit will feature 28 installations using light, film projection, 3D printing and virtual reality. They are all inspired by five songs from up-and-coming Canadian musicians.

Eric Watters, a fourth-year photography student, is one of artists collaborating on the project. His piece, entitled Cloud of Dreams, will project a silent film on a suspended “cloud” made of fabric and over 50 balloons.

“I think when you see my piece you will get the same feeling you get when you listen to the music (featured),” Watters said. 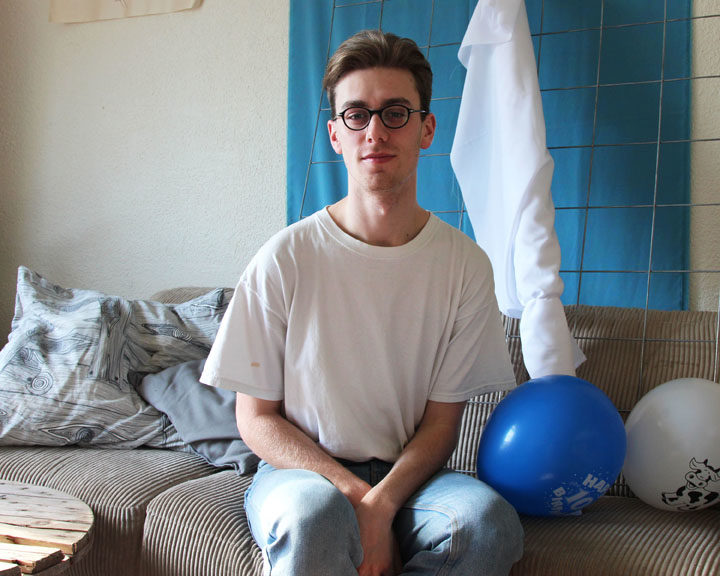 The exhibits are separated and categorized by the song they are inspired by. The songs are scheduled by the hour and each will play once within the section of exhibits it applies to.

Watters’s silent film is inspired by the song Up You Go, Little Smoke by Tasseomancy.

But there will also be scheduled intervals of silence. The team said they believe silence is important and allows the pieces to speak for themselves.

The Murmurs team and contributing artists will set up the vast majority of the exhibit on the same day it opens. 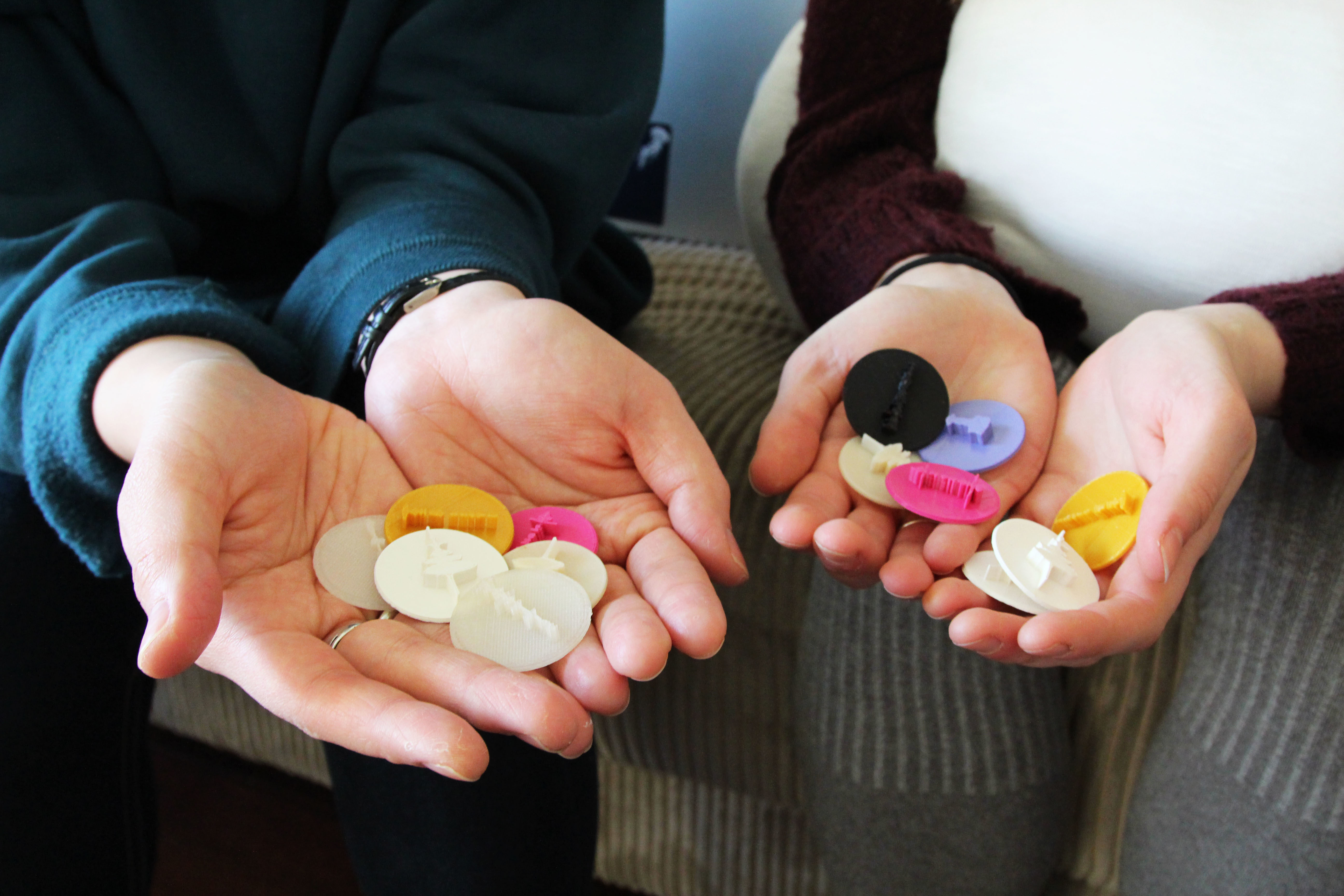 Vicky Liu (left) and Ariel Dawn (right) hold 3D printed audio frequency wavelengths. Each object is a recording of someone saying a feeling out loud, such as “happy”, and will be on display at Murmurs. (Mikaila Kukurudza/Ryersonian Staff)

Watters said, “It’s a little nerve-racking to think that I’ll be (standing) beside work that I haven’t really seen (before). There are other artists working on the same song (as mine), so it’ll be interesting to see people’s different interpretations of it … To see how in unison they look in the same space.”

The public will have four hours to experience the many versatile pieces, from 8 p.m. to midnight.

Watters said most of his project has been done independently, but the eight executive team members behind Murmurs have been supportive and provided an open and safe creative space along the way.

Murmurs has been supported by Ryerson’s different faculties, including the RTA school of media, which lent them equipment and tools. They have also received funding from Allan Slaight, Canadian media mogul, personally.

“I think we have a really supportive demographic of people coming out,” said Ariel Dawn, the art and web director of Murmurs. “They’re really interested and they really want to participate in interactive exhibits.” 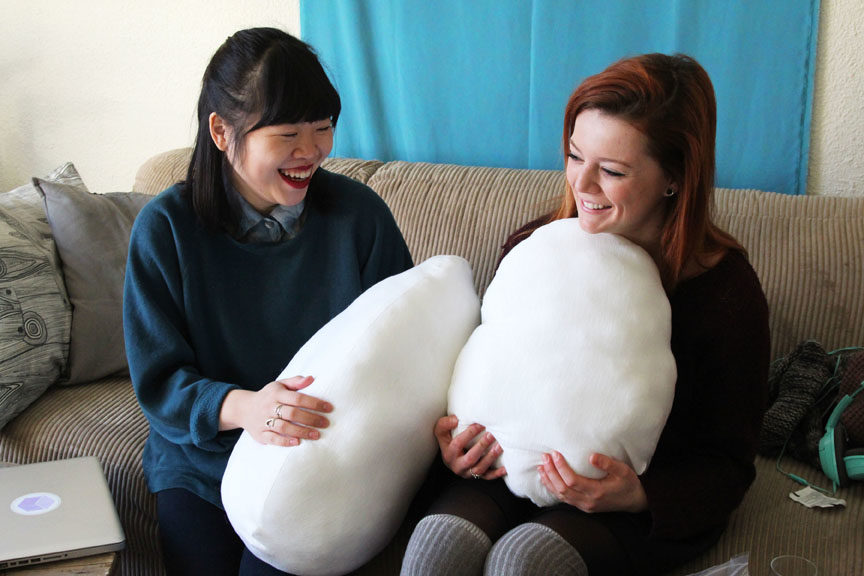 Over 300 people have RSVP’d to the event on Eventbrite and 438 have accepted the invite on Facebook.

“A lot of what I do is based on the idea of the uncontrolled audience,” said Watters. “I don’t want to know who saw my piece. I think it’s interesting that strangers will come in and see my piece and walk away, and maybe talk about it or not talk about it.”

The team will not charge for admission to the one-night gallery. However, they are accepting donations in hopes of breaking even.

“It’s an art show, everyone should be able to go,” said Liu. “We didn’t feel right charging.”

Along with producing the event, Liu has also been busy creating a piece for the gallery called Nest. It is inspired by the Halifax-based female duo, Tasseomancy, and their song Up You Go, Little Smoke. 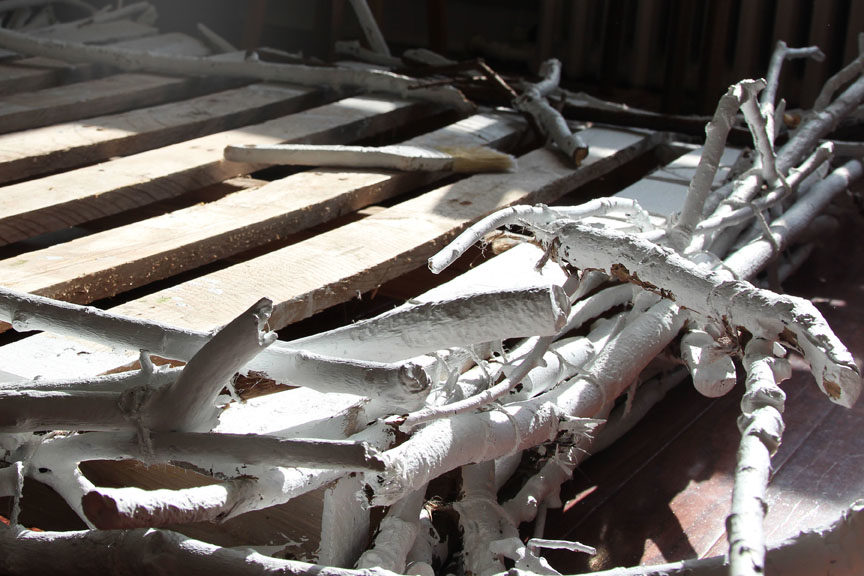 Although the art pieces are designed to function both in silence and with its chosen song, Liu says attendees can also download the Murmurs app and listen to each song at their own discretion.

“Music brings people together,” Watters said. “Music brings a community together and that’s what this event is.”