Meet the next generation of late-night hosts 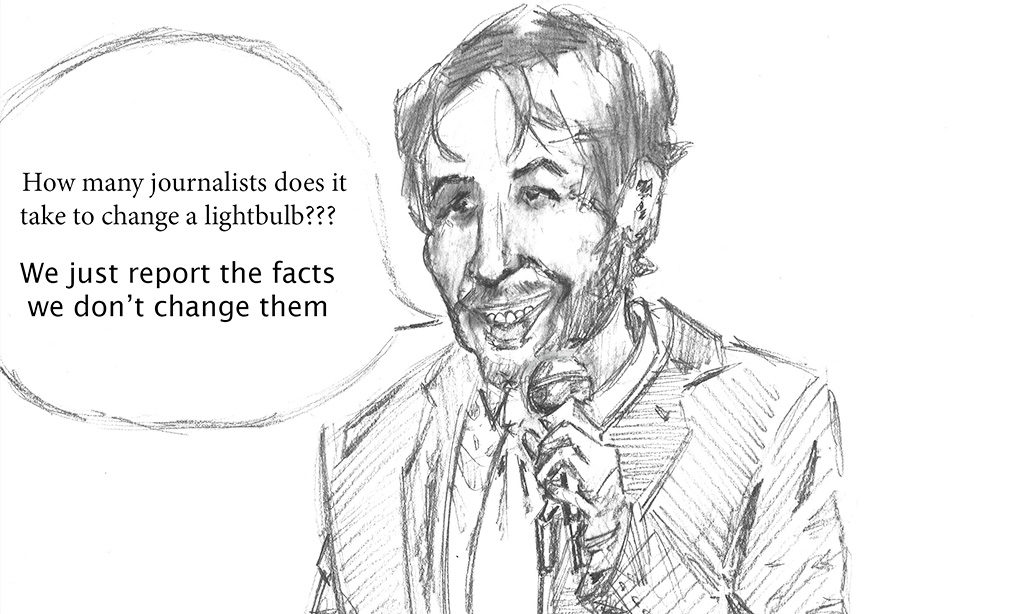 In the days of Last Week Tonight, The Onion and The Daily Show, the lines between journalism and satire are blurring.

Adam Nayman is taking on the challenge of defining those lines. He will be teaching students how to report on current affairs through a comedic lens, in a new journalism in comedy course starting in January.

According to journalist and film critic Adam Nayman, comedy and journalism have a special relationship that challenges and confronts power. “In order to teach satire, you have to teach it through history,” said Nayman. He adds that late-night TV programs like Saturday Night Live can be used as reference points to examine the origin of satire.

But the course is not only about applying and viewing satirical works. Nayman said he intends to encourage critical thinking and analysis.“Students will build critical, analytical skills. In order to create, we must know how to take things apart. Students will diversify and fill out their frame of journalism and of comedy,” said Nayman.

This course will be offered to journalism students and to students in other disciplines who are taking News Studies courses.

According to Sarah Sahagian, of the popular satirical website TheBeaverton.com, “satire is a way of telling a lie that is true. “We need to teach people satire because it’s a useful tool. It’s like poetry. By using metaphors and imagery, it can really show us what’s wrong with the world,” she said.

Fourth-year journalism student and former fun editor at The Eyeopener, Robert Mackenzie, says satire can connect with people better than traditional news. “I think satire and late-night talk shows can sometimes better engage audiences in news, but that’s just because most people would rather listen to a comedian talk for an hour than Peter Mansbridge,” said Mackenzie.

The curriculum will focus on engaging audiences as well as teaching about issues like Charlie Hebdo and the 2016 U.S. presidential election as satire.