BREAKING NEWS
Why I, a student journalist, stopped reading the news
From the frontlines: a look into the lives of health-care workers a year...
Non-profit organization helps students find jobs in their field during the pandemic
Ryerson rolls out winter food relief program
Ryerson honours outstanding pandemic efforts
Sports

Meet the women of Ryerson Esports

Ryerson Esports has a new president and for the first time, it’s a woman. But it isn’t a big deal for her.

Sitting nonchalantly on a chair in the Rogers Communications Centre at Ryerson University, Siobhan Liu, formerly the vice-president, shrugs.

“I really don’t know how I’m supposed to feel, it’s just kind of like another day in the office for me in a sense because nothing much has changed,” she said. “I don’t really feel like having this title or position changes me in any way – it’s just kind of there as a formality.”

Across Ryerson’s teams for all nine games, only one player is female. But for Liu, it’s not a matter of gender. It’s a matter of skill.

“Who cares if you’re a guy or if you’re a girl or if you (identify as) something else,” she said. “You just try out and if you are good, then you make the team.”

The relationship women have with games shouldn’t be viewed differently than their male counterparts, said Carleton University professor Victoria McArthur, an expert on video game design and a gamer herself.

“Women who play games are not any different from men who play games,” she explained. “We get the same kinds of benefits from them. They’re leisure activities, they’re ways for us to explore new worlds. We play with identity online, we are competitive, we’re skilled gamers.”

That competitiveness and skill is exactly why the manager of the Rainbow Six team, Michelle Dervishi, also plays on the team.

“Just the aspect of a challenge and then getting better as you’re playing…. that’s a really good feeling for me,” she said. “I’ve always been competitive. I played a lot of sports in high school and middle school and beating people was just so (satisfying) for me.”

Forty-nine per cent of Canadian gamers are female according to a 2016 survey conducted by the Entertainment Software Association of Canada.

However, McArthur added, gender stereotyping is still prevalent in the gaming industry.

“There are a lot of girls who play online games who will hide their identities because they know that if they’re outed as female, they’ll be treated differently,” she said. “But without disclosing that information, most gamers can’t actually tell who is who.”

That’s why Dervishi sometimes chooses not to use her microphone option on online multiplayer first-person shooter games like Rainbow Six and CS:GO. In such fast-paced games, however, it’s crucial she communicates with her teammates to let them know where the enemy team is – it’s a matter of life or death for her character.

“So, the fact that I have to communicate means (my teammates will) hear me, which sometimes causes anxious feelings,” she explained. “Like oh my god, this is the first time I’m going to be talking this game. I hope no one says anything.”

Dervishi said she’s had bad experiences with people hearing her voice and making sexist remarks over the in-game microphone chat. It happens once every few days.

They’ll say things like: “Why are you playing video games?” “How do you play from the kitchen?” and “Make me a sandwich.”

Sometimes, if it gets bad enough, she’ll just mute them. But at the end of the day, she said that this toxicity is merely part of playing competitive video games and usually she just shrugs it off.

“You’re always going to face people that are toxic even if you’re not a girl,” Dervishi said. “Like sometimes you’ll just have that one guy on your team that’s just an asshole…. Girl or not, there’s people who are just jerks out there and it’s not going to stop me from playing.”

Judy Ngo, manager of Ryerson’s League of Legends team, also plays the game in her spare time but, unlike Dervishi, isn’t a player on the Ryerson team. While Ngo loves managing the team, she hopes to improve her skill and rank to make it onto the team in the future.

“It has to be through a fair process and I can’t just put myself on a team,” Ngo said. “If someone is better, I’ll definitely give them the spot and I’ll stick to being a manager.”

Similarly, Dervishi just wants the best of the best on her team.

Ryerson Esports’ president, Liu, said she wants to end the “stigma that girls can’t be part of Esports,” citing the number of women in the club’s auxiliary positions. At the end of the day, she said, it’s up to the individual person to want to prove their skill and show that they deserve to be on a team.

Women playing video games isn’t a big deal. Nor should it be, Ngo explained.

“We’re just people that play. We’re just gamers. We don’t need that (identifying) phrase of a girl,” she said. “If you’re a content creator, you’re here to create content.”

And if you’re a gamer, Ngo continued, you’re here to play games – regardless of your gender. 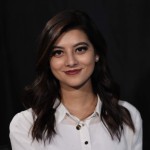