Tamar Lyons, vice-president of communications for SSI, wrote in an email that the club’s Facebook page and two executives received messages “stating that they ‘aren’t real Jews’ for hosting Ezra Levant, among many other vile comments.”

The members have filed a complaint with Ryerson security. A complaint was not filed with Toronto Police Services.

SSI declined to an in-person or over-the-phone interview and said they would only accept email interviews at this time.

Levant, founder of The Rebel Media, visited Ryerson last Wednesday to talk about campus culture and Canada’s relationship with Israel. He was met with protests, both inside and outside the event. 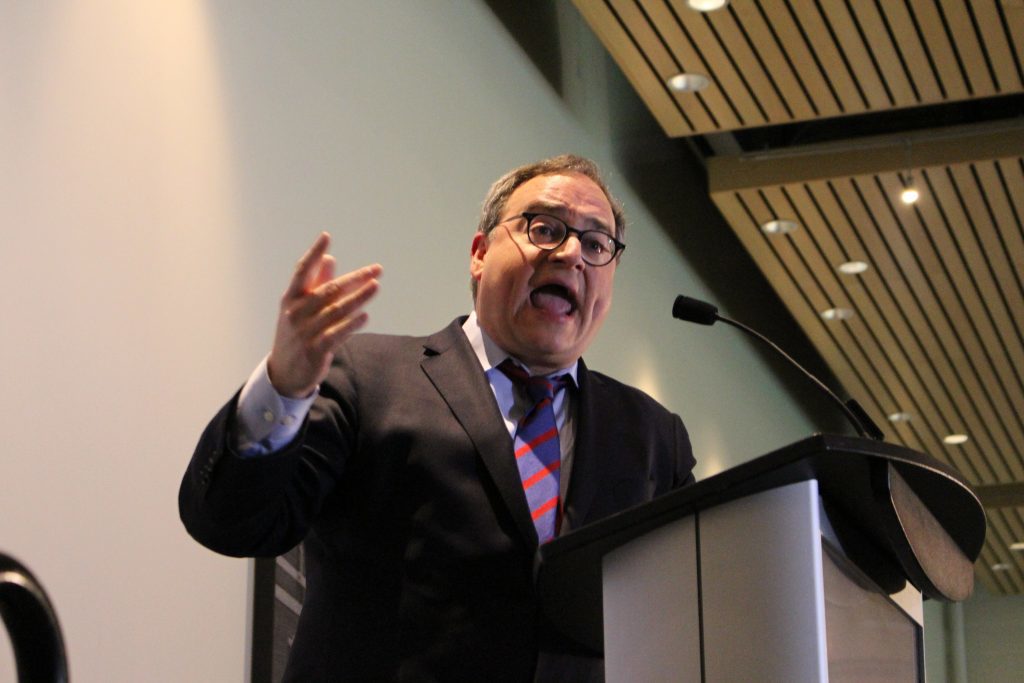 SSI was planning on hosting the event with the Ryerson Campus Conservatives (RCC). The two student groups announced their intention to host Levant at Ryerson on March 20, two days before the event was scheduled to take place.

Lyons said that it was not just the threats that caused SSI to back out of the event. She wrote that, leading up to the event, the club also received messages from some of its members saying they were not comfortable hosting Levant as a speaker.

“After much deliberation, the SSI team came to the conclusion that the goals of this event did not line up with the goals of our group. We took into consideration all of the things mentioned, specifically the safety of our members,” wrote Lyons.

Despite the group’s decision to pull out of the event, it did not issue a formal statement.

According to Lyons, this was because the talk “was only advertised two days in advance” and club members “are students who live busy lives outside of our student group.”

It was once people started lashing out at SSI for hosting the event that the group posted a letter on Facebook the day after to clarify its decision.

The group’s post said it respects everyone’s safety and reiterated that it is a non-partisan group that stands up for free speech. 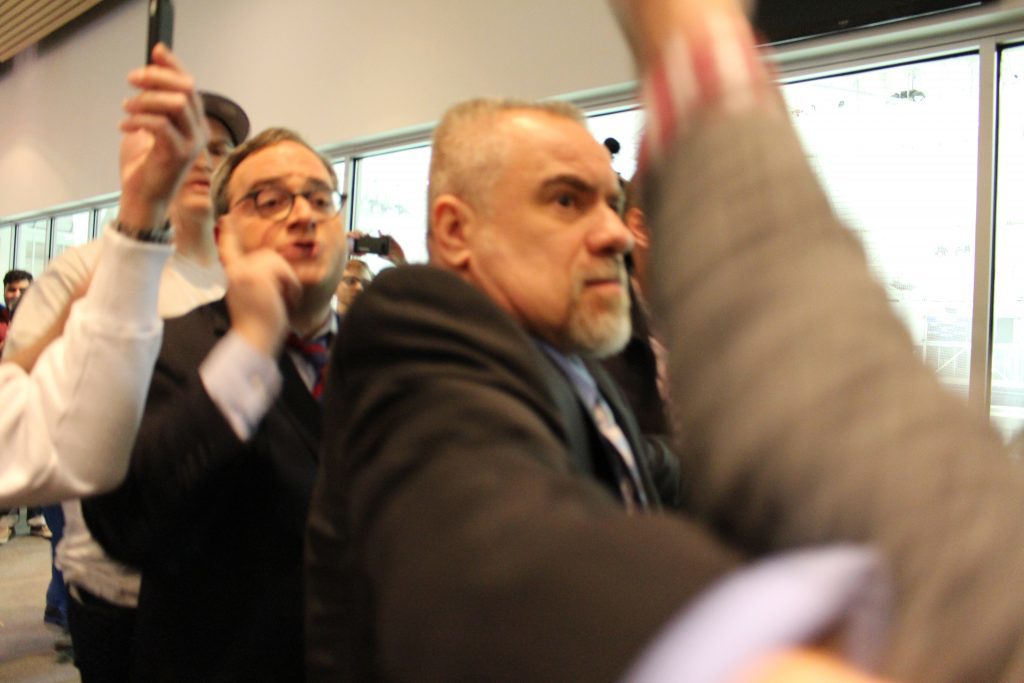 Ezra Levant surrounded by protesters at the event he spoke at on March 22, 2017. (Lauren Malyk/Ryersonian Staff)

Marshall John Darbyshire, vice-president of communications for the campus Conservatives, said RCC was aware of the threats received by SSI, but that it had not received any threats leading up to the event.

Darbyshire is an executive with both the SSI and RCC, but spoke to the Ryersonian from his perspective and participation with the campus Conservatives.

“It was looking like [the SSI] were going to pull out, basically since they posted about [the event on social media],” said Darbyshire.

Despite this, Darbyshire said he sympathizes with the group and its decision to back out.

“I hope that they don’t receive any backlash in the future because if we were feeling unsafe, feeling threatened, I could see any group – including the campus Conservatives — pulling out of an event. I totally understand why they did it, I hope that doesn’t happen again in the future,” he said.

According to Lyons, the event has not affected SSI’s “good relationship” with RCC.