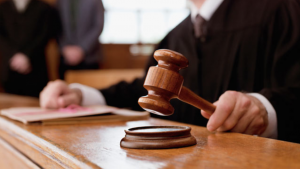 Members of the Men’s Issue Awareness Society (MIAS) go up against the Ryerson Students’ Union (RSU) in court this Wednesday after being rejected for campus group status in 2015.

The MIAS will have their case heard alongside two other student groups, one from the University of Toronto Mississauga and the other from Durham College and the University of Ontario Institute of Technology. The other cases, which centre around pro-life ideology, were consolidated with MIAS’ case in February last year. MIAS founder Kevin Arriola and social media executive Alex Godlewski filed the lawsuit in April 2016 after they ran out of appeals with the RSU. The groups will be represented in court by the Justice Centre for Constitutional Freedoms.

Arriola applied for MIAS’ official student group status with the RSU in October 2015. The group’s application was rejected due to a lack of protections in the group’s constitution against violent men’s rights activism, among other concerns, according to a document sent to Arriola with the notice of rejection.

“The (RSU student group committee) asked whether the concern of having this group turn into a violent MRA would be on the radar, and the group had no preventive measures or proactive approaches to ensure that this did not happen with future executives or members,” the document said.

Arriola discussed the process of applying with previous leaders of attempted men’s issues groups to be prepared. He said that once the application was rejected, he “knew that there wasn’t really anything that [they] could do to appease the RSU.” He’s hopeful for the case, feeling that the group has proven themselves not to be the “violent misogynists” the RSU made them out to be, he said.

Current RSU President Susanne Nyaga said she agrees with the committee’s decision “110 per cent.” The RSU took the appropriate steps, she said, adding that it’s difficult to approve a group that “might not prioritize safety the same way we do.”

John Carpay, president of the Justice Centre for Constitutional Freedoms, wrote in an opinion piece for Post Millennial that the universities involved in the case “hate diversity of thought” and that the case will be a chance to stop “the coerced adoption of select ideological viewpoints” that’s required for students to benefit from their unions.

One factor in the rejection was the group’s contact with the Canadian Association for Equality (CAFE), a controversial organization that some past RSU executives have considered a hate group. In the document sent to Arriola, the committee states CAFE and their related organization, A Voice for Men, “have a history of hate toward women and feminists on campus” who have spoken out against men’s rights groups.

Arriola said in the 2015 meeting that the group had received advice from CAFE, but were independent of each other. CAFE has hosted several MIAS off-campus meetings and lobbied on its behalf when the RSU issued its rejection, said then RSU president Andrea Bartlett.

The hearing on Wednesday is the first of what Nyaga expects to be multiple court dates, but Arriola anticipates a quick resolution, he said, unless the RSU “drags it out.”

Point of fact, CAFE and A Voice for Men are in no way “related”.