Students are turning to the Internet for advice on how to fill their wallets. (Matt Oxman/ The Ryersonian)

When it comes to financial planning, there’s no shortage of advice. But the endless amount of expertise and jargon can often be overwhelming for those looking to improve their money smarts.

In a 2013 survey conducted among millennials, fewer than a third said they turned to blogs and social media for investment advice. Almost two thirds said that general websites,  such as Lifehacker, informed their views on money, and out of those polled, more than 75 per cent rated their financial knowledge as either low or moderate.

For those with little financial knowledge, experts like Coleen Clark warn that turning to these websites can make things more complicated. Adding that those who write them may not always hold the proper qualifications, the personal finance professor at Ryerson says she’s against blogs offering money advice altogether.

“Anybody can say anything they like, whether they know what they’re doing or not,” she says, noting that bloggers are also quick to throw around titles like “experienced financial planner” despite not always being upfront about their credentials or being an actual certified financial planner.

“I don’t want to read something that hasn’t been through some kind of editing process.”

Sami Hejazi, president of the Ryerson University Finance Society, says that he gets a lot of his financial tips from Mergers and Inquisitions, a website which  features of group of investment bankers. And while he admits that it’s possible to fall into an investing blunder, he’s not sure that taking poor advice from blogs is always a bad thing.

Compared to older generations who need their money for a fast-approaching retirement, he adds that students have the advantage because they don’t have the  responsibility of children or mortgage debt.

Hejazi also points out that now is the time to work out financial kinks. “The knowledge you earn from making the mistake is probably worth more than the financial hit you take.”

So, what steps should students take to become more financially savvy?

Clark recommends all students take a personal finance course that covers everything from income taxes to insurance.

“You should take a general course so that you know what the issues are, so that you know it’s not just about investing,” she says. “When I talk to students, I tell them to look for information from three or  four reliable sources. One person’s opinion is good to get you started, but it can’t stop there.”

Considering that your first source may not be qualified to advise you on where to put your money, she says people shouldn’t be dispensing advice unless they’ve received their certification.  In order to achieve this, that requires multiple exams and at least three years worth of relevant work experience in the financial industry.

Dan Bortolotti has a finance blog called Canadian Couch Potato  and is the editor-at-large at MoneySense magazine.  His blog, which launched in 2009, was voted best personal finance blog by The Globe and Mail in 2011.

And while he admits that he is only halfway towards achieving his financial planning credentials, this hasn’t stopped him from sharing his knowledge.

For those who shy away from internet advice, Bortolotti says the most obvious alternative is to seek help from advisors at banks and financial firms. However, people still run the risk of trusting someone who is working more towards their company’s agenda than the client’s best interests. Financial advisors might be more interested in selling the company’s products than serving the client.

“A huge amount of the financial advice that comes out of the industry is dreadful … hugely self-interested,” he says, noting that those who are educated don’t necessarily provide the best tips.

But while students may feel bogged down by money advice, Hejazi isn’t going to ignore his finances altogether.

“I think that while some [information] can be good information and some of it can be bad. The only way you can find out is by trying it.” 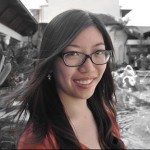